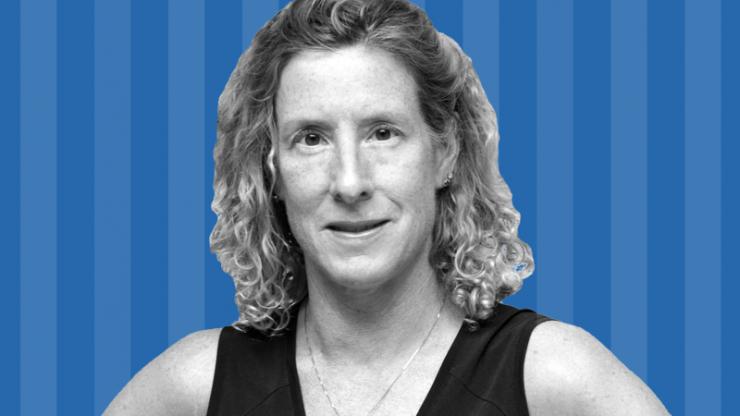 Soft matter encompasses an expansive variety of materials that deform when stressed including biological tissue, liquids, polymers, gels and more. Despite their obvious macroscale differences, they respond in similar ways to physical stimuli, due to their underlying macromolecular network structure. Understanding these complex materials provides unexpected opportunities for collaboration between fields. But because of the intrinsic difficulties of studying soft materials, including their time-dependent behavior, reactivity and complex disordered microscale structure, the physics and chemistry governing their behavior remain poorly understood.

Brinson has spent the past 25 years working to close these knowledge gaps. One example of her work is an effort to create a massive data resource to help engineers and materials scientists design nanoparticle-reinforced polymers.

“It only takes a one-percent addition of nanoparticle ‘fairy dust’ to significantly alter the physical properties of polymers,” said Brinson, who joins Duke’s faculty from Northwestern University. “If you want to make a composite material with a specific suite of properties, you may believe it’s possible, but as of now you wouldn’t have a good idea of where to start.”

Brinson’s database, created in collaboration with colleagues at Northwestern University and RPI, incorporates findings from thousands of papers published in the field and provides the analytical tools needed to make sense of the vast wealth of information. Researchers will be able to easily find data on how nanoparticles affect the properties of polymers in easily navigable charts and plots, all linked to the original sources.

And with comprehensive data on thousands of polymer-nanoparticle systems, Brinson and her collaborators are developing data-mining programs to explore trends and correlations that would have otherwise never been spotted.

“This tool provides great potential for discovery,” said Brinson, who has already helped build a prototype database that she hopes to slowly open to the community for beta testing beginning this fall. “Understanding how nanoparticles affect different properties would move the field into more purposeful design.”

Brinson also does experimental work to learn more about soft matter. Using atomic force microscopy, she measures and maps the mechanical properties of these materials on an atomic scale.

These experiments have found that dispersed nanoparticles influence atomic scale behavior hundreds of nanometers away due to the material’s chemical and macromolecular structure. That’s like a single bit of dried basil affecting the taste of an entire plate of spaghetti. By carefully studying how property gradients radiate from their source nanoparticles, Brinson is trying to understand the physics behind their transformative powers.

Such understanding could have tremendous value for any industry that uses polymers. Tomorrow’s airplanes could have a hull made from a seamless lightweight durable nanoparticle-polymer hybrid that does not require a metallic mesh to protect against lightning strikes. Cell phones could have responsive touch screens that won’t break. Researchers could design biomedical devices like bone screws or orthopedic implants with defined optimal properties. Possible design targets include mechanical strength, conductivity and advanced applications such as time released medications and environmental responsiveness.

Brinson’s research even has direct applications to medicine outside of new devices.

“The mechanical properties of biological tissue often change in a diseased state—cancerous tissue is often stiffer, for example,” said Brinson. “Finding and measuring these relationships could lead to new ways to diagnose diseases with extremely small cellular samples or even in vivo methods.”

It’s for opportunities to collaborate with physicians on projects such as these that Brinson is moving her laboratory to Duke. Besides the excitement she feels for the school’s growing emphasis on soft materials research, the medical school is a short walk from her future office. And Duke has a proven track record of taking biomedical discoveries from the laboratory into a clinical setting.

“It’s exciting to be a part of what is happening in soft materials at the engineering school,” said Brinson. “I think the people flocking to Duke in this area combined with the close proximity to the medical school will easily foster new collaborations for my laboratory.”

Brinson is also excited to work with Duke undergraduate students. After helping to reshape Northwestern’s undergraduate engineering curriculum, she sees a lot of correlations with the direction Duke’s curriculum is taking.

“It’s important to take a holistic approach to engineering education. You have to combine creative and artistic experiences with the quantitative basic sciences and engineering to enable students to  find solutions  that aren’t found in textbooks,” said Brinson. “I think Duke is on the right track with the design experience they’re planning to feature during freshman year. You have to foster creativity and get your hands dirty to think like an engineer.”