The Cancer Microbiome Reveals Which Bacteria Live in Tumors

Researchers clean up data to identify the bugs better 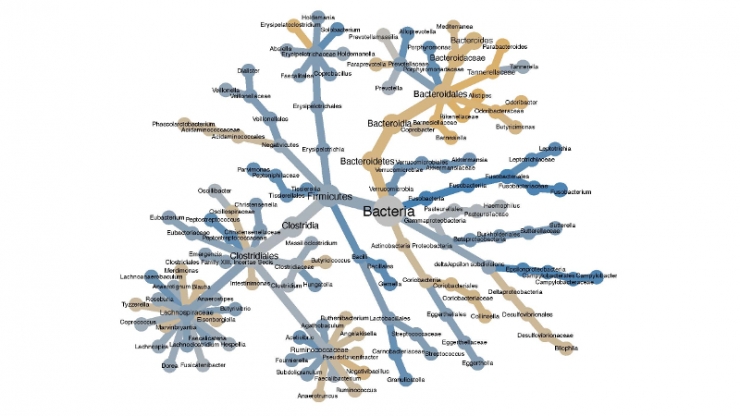 Biomedical engineers at Duke University have devised an algorithm to remove contaminated microbial genetic information from The Cancer Genome Atlas (TCGA). With a clearer picture of the microbiota living in various organs in both healthy and cancerous states, researchers will now be able to find new biomarkers of disease and better understand how numerous cancers affect the human body.

In the first study using the newly decontaminated dataset, the researchers have already discovered that normal and cancerous organ tissues have a slightly different microbiota composition, that bacteria from these diseased sites can enter the bloodstream, and that this bacterial information could help diagnose cancer and predict patient outcomes.

The results appear online on December 30, 2020 in the journal Cell Host & Microbe.

TCGA is a landmark cancer genomics program that molecularly characterized over 20,000 primary cancer and matched healthy samples spanning 33 cancer types. It has produced more than 2.5 million gigabytes of “omic” data. The atlas includes which DNA is present, what epigenetic markers are on the DNA, which DNA is turned on and which proteins are being produced. It is freely available for public use.

One study from the atlas data revealed an abundance of Fusobacterium nucleatum in colorectal cancer, which has since been shown to be indicative of stage, survival, metastasis and even drug responses of this kind of cancer.

Many more studies have searched for such bacterial biomarkers, however few have been discovered. A large reason for this is contamination. When bacteria get introduced into the samples accidentally by the laboratories, it becomes difficult to discern which species were actually in the samples to begin with. While similar microbiome studies using microbe-rich material such as feces can overcome small amounts of contamination, the relatively miniscule samples taken from live human organs and tumor samples cannot.

When examining a subset of TCGA sequencing data, previous analyses found that microbial DNA from a number of species was the result of lab contamination.

“All microbiota studies are plagued by the notion that if you find a microbe, was it really in the tissue or was it contamination introduced during processing?” said Xiling Shen, the Hawkins Family Associate Professor of Biomedical Engineering at Duke. “We’ve invented a method that can extract the microbes that were truly in each sample and used it to build what we’ve called The Cancer Microbiome Atlas, which will be a tremendous resource for the community and allow us to understand how cancer alters an organ’s microbiome.”

The method for removing contamination from TCGA data was invented by Anders Dohlman, a graduate student in Shen’s laboratory. Dohlman first compared the microbiome signatures between cancer tissues from different organs and blood, and ruled out contaminant species that showed up indiscriminately. He then compared the microbiome signatures of identical samples that were processed at separate sites, ranging from Harvard to Baylor. Dohlman concluded that the microbial species that can only be detected from a specific site would be the contaminants, allowing him to assign a unique contamination signature for each site.

“A big challenge in this process was mixed-evidence species, which are bacteria that are both a contaminant and endogenous to the tissue,” said Dohlman. “But because TCGA has so many different types of data, we were able to tease it out. Big data really helps!”

“We’ve invented a method that can extract the microbes that were truly in each sample and used it to build what we’ve called The Cancer Microbiome Atlas, which will be a tremendous resource for the community and allow us to understand how cancer alters an organ’s microbiome.”

The effort is already paying dividends in a variety of ways. After using Dohlman’s decontamination algorithm, the researchers took a close look at the microbiota signatures of samples taken from colorectal cancer patients. They discovered two unique groups of bacteria frequently found together, one of which appears to be associated with patient survival.

The researchers also discovered that some cancers do indeed alter the microbiome of their resident organs. It might be, Shen reasons, that tumors alter an organ’s microenvironment, making it more or less hospitable to different microbial species. And by looking for microbial signatures within patient blood samples, they also found that, despite conventional wisdom to the contrary, some bacteria does find its way into the bloodstream, which could also provide an indication of a cancer’s progress.

“There has been a sort of crisis in the field about whether or not high-profile papers can be reproduced, owing to the challenge of contamination,” said Shen. “For example, while one center would be able to reproduce its results, another center would not. This explains why: Each center has its own very consistent bias. (Its own resident microbe contaminants.) In the future, new studies can use our method to remove this bias and reproduce results, and research centers might be able to use their bias we’ve identified to mitigate their contamination.”