Boyuan Chen: Making General-Purpose Robots That Are Smarter and Self-Aware 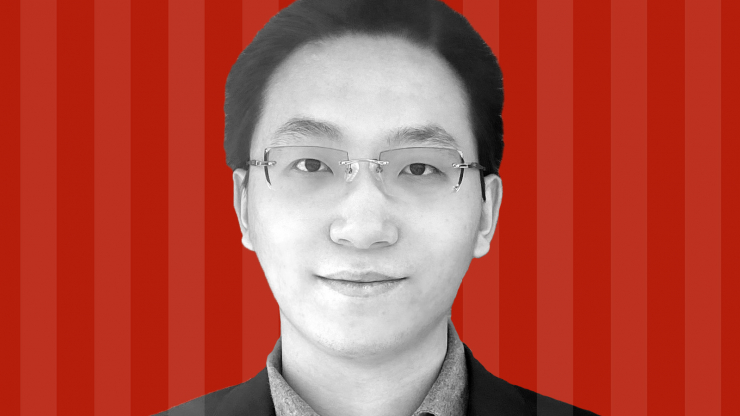 Boyuan Chen has joined the faculty in the Thomas Lord Department of Mechanical Engineering & Materials Science (MEMS) in Duke University’s Pratt School of Engineering beginning July 1. With a vision toward making robots more self-aware and intelligent, Chen adds to the strong momentum in research and education regarding autonomous systems in the department.

Chen joins Duke MEMS as an assistant professor from Columbia University, where he recently completed his PhD and MS in computer science. He will lead the General Robotics Lab, which aims to build robots that can perform general purpose tasks in the world, as opposed to highly specialized robots that perform a single task.

“I am interested in developing generalist robots that learn, act and improve by perceiving and interacting with the complex and dynamic world. Ultimately, I hope that robots and machines can be equipped with high-level cognitive skills to assist people and unleash human creativity,” Chen said.

Right now, robots need humans to take care of them and tell them what to do.

"Ultimately, I hope that robots and machines can be equipped with high-level cognitive skills to assist people and unleash human creativity."

Describing himself as a “full stack” roboticist, meaning an expert in both engineering the hardware and software to control robots, Chen is a well-rounded researcher with an undergraduate degree in biomedical and electrical engineering from Jilin University, in China. At Duke he plans to continue working across disciplines, to use artificial intelligence to develop robots that can perceive changes in their surroundings and learn to adapt.

He has already had success in co-developing an animatronic robot face that learned how to mimic human facial expressions by imaging a “self-image” of what itself would look like under different expressions.

This mimicry is a skill human children develop as babies as they learn to associate meanings, such as “happy” with a smile. At about the age of three or four years old, a child begins developing what neuroscientists call Theory of Mind, which is the ability to understand that other people have their own thoughts and desires separately from the child’s. Theory of mind enables humans to make inferences about others’ beliefs, intentions or desires, form mental pictures from that information, and then use them to understand and predict behavior.

This concept of Theory of Mind is what inspired Chen's research.

“A lot of my research actually tries to bake this capability of visualization into robots,” he said. “So, I have built a robot that looks at another robot and, without talking to it, can predict the future movements of it.”

In the laboratory setting, this takes the form of a game of hide-and-seek between two robots, based not on logically calculated movements programmed into the robots, but on responsiveness between them as they learn through trial-and-error how to predict each other’s movements and visual perspectives.

Moving forward, this month, Chen has published an article in Science Robotics to study how to enable robots to have a “sense of self” in the 3D world. Robots, for the first time, can model its entire morphology without any human supervision.

Chen also wants to go beyond the concept of robots interacting with other robots to also include robots learning and responding to the physical environment. For example, Chen said that a walking robot cannot currently adjust to a wind gust the way humans intuitively lean into it. He wants to develop robots smart enough to detect and adapt to such environmental changes.

“Learning abstract and interpretable information of the physical world from noisy and complex high-dimensional observation is essential to develop robots from lab to the real world,” Chen explained.

Because this work is highly interdisciplinary, Chen said he knew Duke is the perfect place for him to conduct it. The proximity of the schools of medicine and engineering—within a few minutes’ walking distance of one another—will enable him to work on robotics for medicine and healthcare more easily and efficiently. Another deciding factor he said was the combination of materials science and mechanical engineering in the same department.

“This is where I can find my collaborators,” Chen said.

Chen also was drawn to Duke by the quality of the students and their excitement for learning more about robotics.

Personally, he is also excited about the lifestyle that Durham and the larger Research Triangle area of North Carolina offer, as a change of pace from the last six years living in a New York City apartment. Nearby walking trails around the Duke University campus, nature preserves and Eno River, as well as the Sarah P. Duke Gardens, all fill a growing list of his planned explorations.

“Both my wife and I really love nature and, in addition to the cat we brought with us, we also adopted a puppy in Durham,” he said.

Chen is also thrilled by Duke’s and the surrounding area’s art scene. When he is not building or programming robots, he plays piano, paints and produces Chinese calligraphy.

Boyuan Chen, Now With Duke MEMS, Develops a Robotic Arm That Learns to Imagine Itself

NASA Climbs Aboard with Support for Robot Project