Steven Cummer answers your questions about the physical processes that happen when lightning strikes, and the effects that we see and feel on the ground 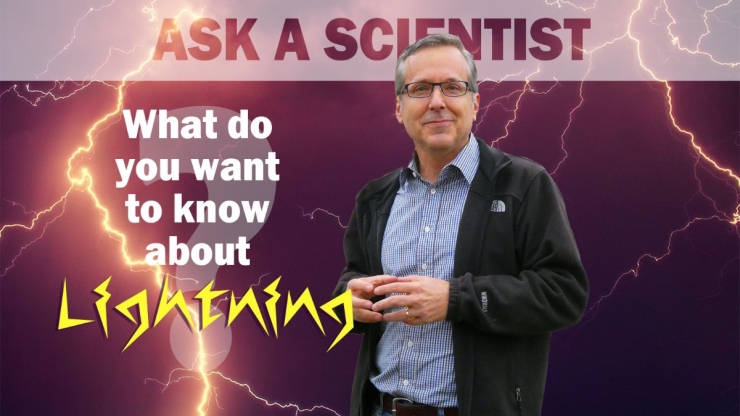 Have you ever wondered how weather apps are able to tell you that lightning struck in your neighborhood? Or whether counting between a flash of lightning and a boom of thunder to gauge its distance from you is an accurate method?

Duke electrical and computer engineering professor Steven Cummer studies waves—and though lightning is not itself a wave, all of the processes that occur during a lightning strike emit waves and give Cummer insight into what’s actually happening when lightning flashes.

Cummer operates a research site in Duke Forest, where sensors resembling conventional antennas are arrayed in an otherwise empty field, waiting to pick up high-frequency signals from locally occurring storms. Heavy coils of wire, taller than Cummer and weighing 10 to 20 pounds each, are tuned to catch low frequencies. “Lightning is actually powerful enough that if you know when to look, you can pick up a signal from a lightning flash that happened 10,000 miles away,” said Cummer.

“Lightning is actually powerful enough that if you know when to look, you can pick up a signal from a lightning flash that happened 10,000 miles away.”

In a conversation with Duke Forest’s communications lead Blake Tedder, Cummer answers citizen scientists’ questions about lightning—from the practical (yes, you can count the seconds between the flash and the boom for an estimation of how far away you are from a lightning stroke!) to the technical.