Award recognizes young researchers who have made outstanding, influential and potentially long-lasting contributions in the field of high-performance computing 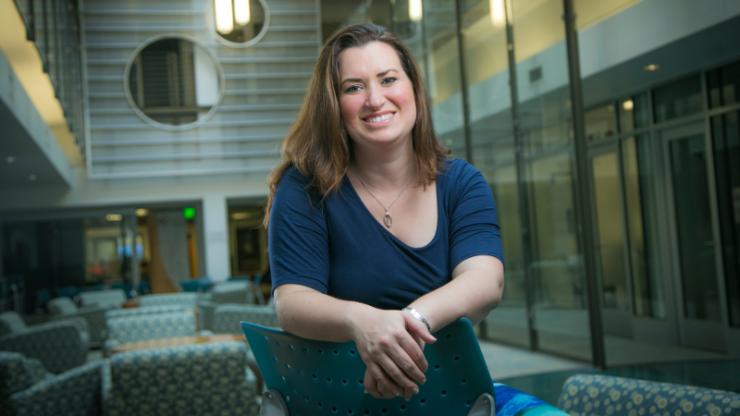 Randles' work focuses on the design of large-scale parallel applications targeting biomedical questions. Her research goals are to both investigate fundamental questions related to fluid dynamics as well as extend the multiscale models to study cancer metastasis and vascular disease.

In 2014, she was awarded the NIH Early Independence Award to support the development of models of cancer migration in the human vasculature. Randles is a co-inventor on 115 US patents in the field of parallel computing. She won the ACM/IEEE-CS George Michael High-Performance Computing Fellowship in 2010 and 2012 and was a finalist for the Gordon Bell Prize for achievement in high-performance computing in 2010 and 2015.

Randles received her Bachelor's Degree in both computer science and physics from Duke University, her master's degree in computer science from Harvard University, and her Ph.D. in applied physics from Harvard University with a secondary field in computational science. From 2013-2015, she was a Lawrence Fellow at Lawrence Livermore National Laboratory. Before graduate school, she worked for three years as a software developer at IBM on the Blue Gene Development Team.

The TCHPC Award recognizes up to three individuals who have made outstanding, influential and potentially long-lasting contributions in the field of high-performance computing within five years of receiving their PhD degree as of January 1 of the year of the award. Awardees will be presented a plaque at the SC17 conference held in Denver, Colorado, on November 13-16, 2017.