New technique could form the basis of a small, inexpensive point-of-care device for early disease diagnosis 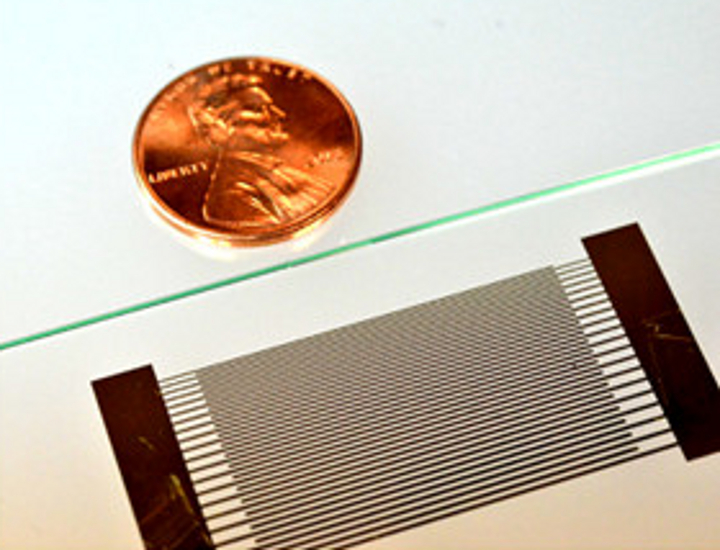 Mechanical engineers at Duke University have demonstrated a tiny whirlpool that can concentrate nanoparticles using nothing but sound. The innovation could gather proteins and other biological structures from blood, urine or saliva samples for future diagnostic devices.

Early diagnosis is key to successfully treating many diseases, but spotting early indicators of a problem is often challenging. To pick out the first warning signs, physicians usually must concentrate scarce proteins, antibodies or other biomarkers from small samples of a patient’s body fluid to provide enough of a signal for detection.

While there are many ways to accomplish this today, most are expensive, time-consuming or too cumbersome to take to the field, and they might require trained experts. Duke engineers are moving to develop a new device that addresses these obstacles.

In a new study, researchers paired a small acoustic transducer to a glass cylinder to produce a whirlpool that can capture these disease-signaling nanoparticles in its vortex. The system shows early promise for new diagnostic devices because it is compact, inexpensive, low-energy and does not alter the properties of the corralled particles.

The results appear online on January 25, 2017, in the journal American Chemical Society Nano.

“Diagnosis impacts about 70 percent of healthcare decisions,” said Tony Huang, professor of mechanical engineering and materials science at Duke. “If we can improve the quality of diagnostics while reducing its costs, then we can tremendously improve the entire healthcare system.” 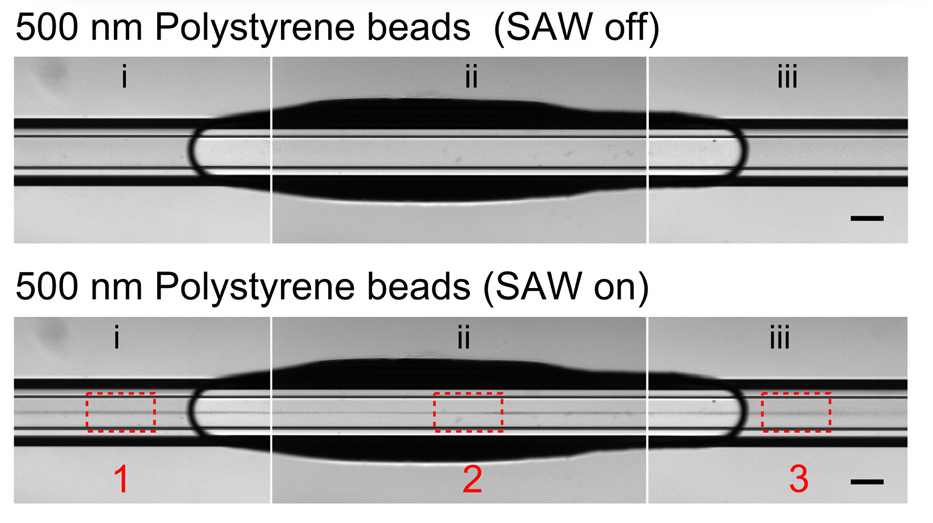 The new technology relies on calculating and manipulating the effects of the two forces associated with sound waves—acoustic radiation and acoustic streaming. If you’ve ever blown air across the top of a bottle to create a tone, then you’re familiar with the latter. Acoustic streaming is the same phenomenon but in reverse, where a vibrating body induces a fluid to flow.

Acoustic radiation is also easy to visualize—just think of any cartoon where a giant loudspeaker knocks somebody off of their feet. While that scenario is unlikely to occur without killing someone, sound is nothing more than a traveling pressure wave, and it does push on whatever it encounters. Devices have used this phenomenon to concentrate particles before, but it does not provide enough force on its own once particles drop to the nanoscale.

In the new device, a small, 5-volt acoustic transducer creates a standing sound wave aimed toward a long, thin glass vial. Because the vial is perpendicular to the sound wave, and because Huang’s team has precisely tuned the two to each other, the vibrations in the glass create a standing vortex along the vial’s axis. The whirlpool sucks in any particles suspended in the test liquid—such as those extracted from blood or urine samples—while the acoustic radiation keeps them there.

In the study, fluorescent markers help make suspended nanoparticles more visible. But in an actual diagnostic device, Huang says that wouldn’t be necessary. 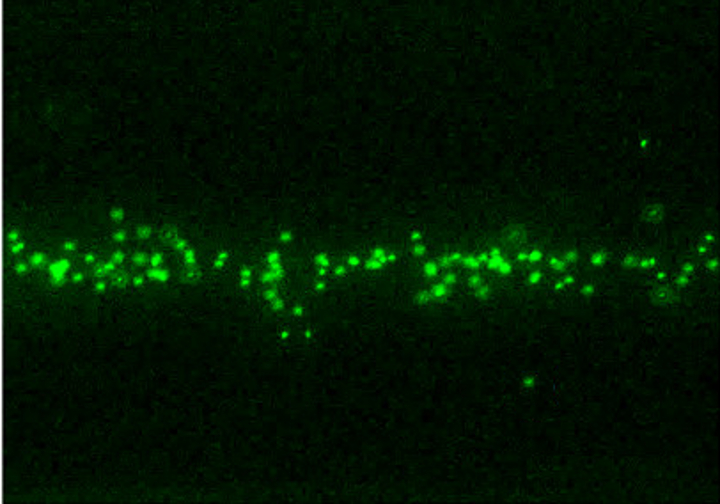 “My goal is to create a small diagnostic device about the size of a cell phone that can autonomously separate biomarkers from samples,” said Huang. “With this vortex technology, the biomarkers could then be concentrated enough to see with a simple camera like the ones found in today’s cellular phones.”

Huang now plans to work on other components of such a device, and to collaborate with scientists at Duke Health to test the new vortex technology in disease diagnosis.

This work was supported by the National Institutes of Health (R01 HD086325) and the National Science Foundation (IDBR-1455658).