$30 Million Gift to Advance Engineering and Science Education at Duke

The Pearsons’ gift will support interdisciplinary programs, courses and research at Pratt, including major initiatives in collaboration with Trinity College of Arts & Sciences. It is the sixth largest single gift of Duke Forward, the university’s $3.25 billion comprehensive fundraising campaign, and among the three largest gifts ever given to the engineering school. 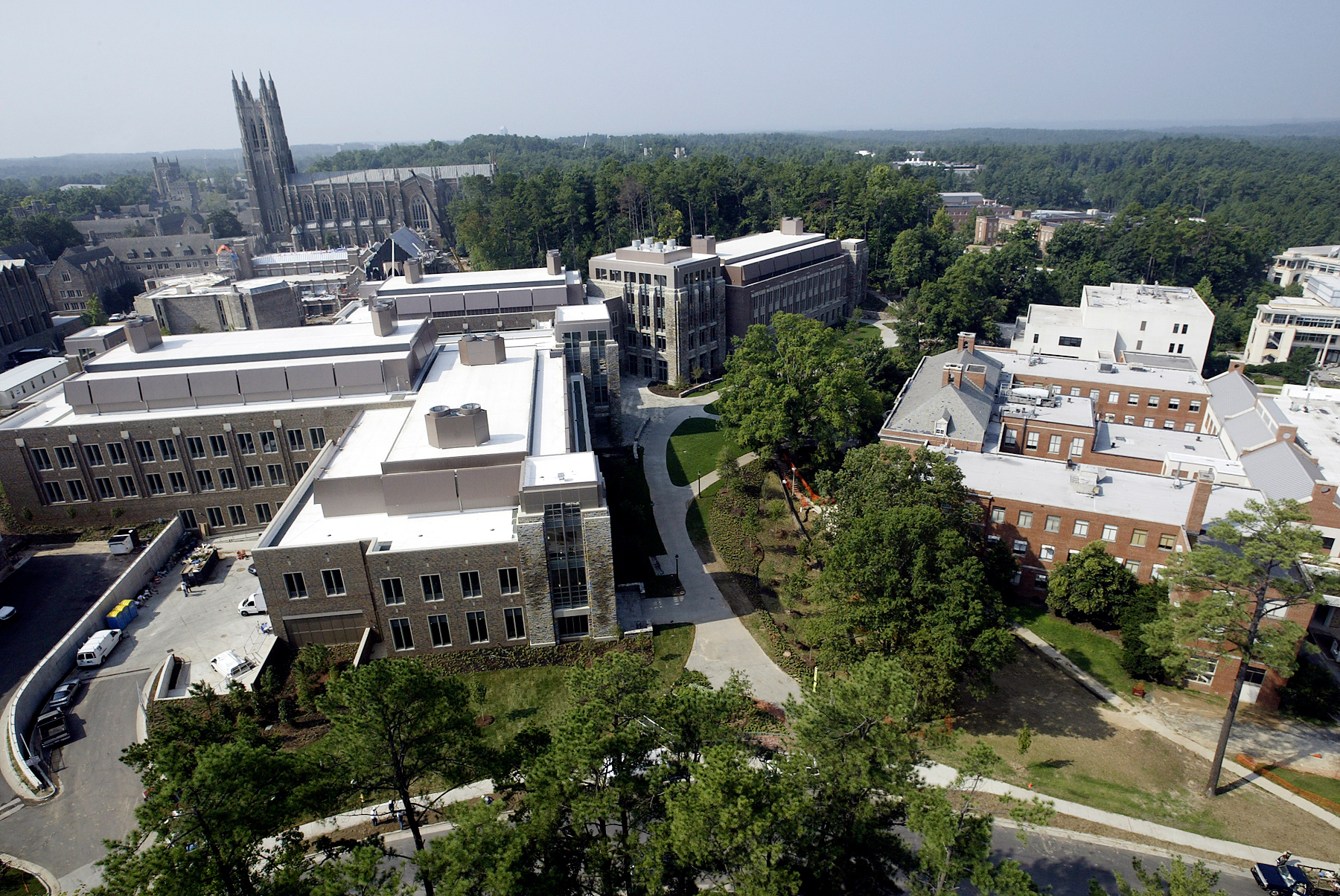 “This extraordinary gift from Mike and Christine Pearson will transform interdisciplinary education and research at Duke,” Brodhead said. “We’re grateful for their vision and commitment, which will enable Duke to reimagine how training in the sciences, technology, engineering and math can be integrated with, and enriched by, a liberal arts curriculum.”

Interest in undergraduate engineering at Duke is at an all-time high, with applications to Pratt up 20 percent this year. At the same time, students in majors outside STEM fields are signing up for more science and engineering courses.

“Duke students have a unique opportunity to make a significant impact on the world, and I’ve especially seen that happening through the growth of the engineering school and its visionary leadership in preparing students to address complex, real-world challenges facing our global society,” said Michael Pearson, who was an engineering student at Duke. “Our gift is an investment in the continued upward trajectory of Duke Engineering and the brilliant minds it inspires.”

Duke has transformed its engineering education to prepare students with not only the technical skills but the broad perspectives needed to address critical global issues. The university has co-created programs such as the National Academy of Engineering-endorsed Grand Challenges Scholars Program, which is now being implemented at dozens of engineering schools nationwide.

Tom Katsouleas, Vinik Dean of the Pratt School of Engineering, said the gift couldn’t come at a better time. “Over the past five years Pratt has been one of the fastest-rising engineering schools in the nation, and this landmark gift will provide critical fuel for our continued ascent.”

“As an alumnus of Duke Engineering, Mike Pearson deeply understands the key role engineers will play in solving some of the great societal challenges of the 21st century—from making solar energy economical to engineering new medicines to providing regular access to clean water for the billion people on this planet who need it,” Katsouleas said.

Laurie L. Patton, dean of Trinity College of Arts & Sciences, said the gift adds to a well-rounded curriculum for students pursuing a variety of subjects.

“Connecting all majors to scientific inquiry and discovery will result in a creative life of the mind that will last well beyond Duke. Such integration will also help to develop better-informed citizens, ethical stewards of wealth, technology-literate consumers and wiser guardians of our environmental future,” Patton said. “We’re grateful the Pearsons share our vision for strengthening ties between engineering and science disciplines. The broader partnership between Pratt and Arts & Sciences can only grow, given this extraordinary beginning.”

Interdisciplinary collaboration is one of the priorities of the Duke Forward campaign. In recent years, Duke has created joint certificate programs in Innovation & Entrepreneurship, Energy & the Environment and Global Health. In 2013, the university also launched Bass Connections, a university-wide initiative that links faculty and students to tackle real-world challenges through project teams. Duke has seven signature interdisciplinary institutes specializing in topics ranging from education and human development to the brain sciences, and a number of research centers and joint programs.

To date, the Pearsons are the fourth largest contributors to Duke Forward, with cumulative gifts exceeding $50 million. Their other gifts include $15 million to the School of Nursing and $7.5 million to the Fuqua School of Business.

Duke Forward is raising money to enrich the student experience, invest in exceptional faculty, and support research and initiatives focused on training leaders to address some of society’s biggest challenges. Contributions totaled $2 billion in April 2014. Every dollar donated to Duke’s 10 schools and units, Duke Medicine, or university programs and initiatives counts toward the campaign’s $3.25 billion goal.