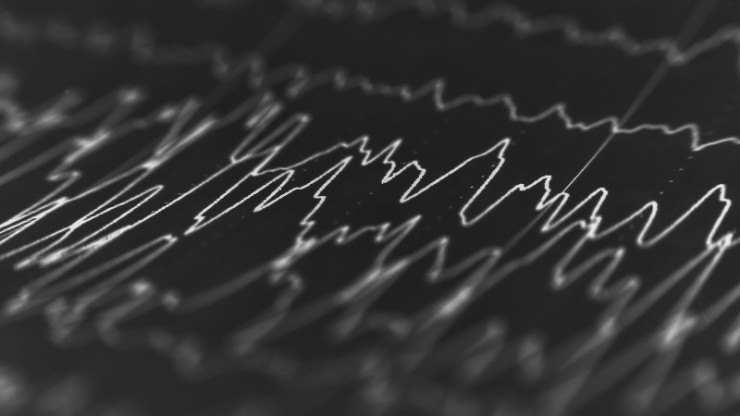 Computer scientists from Duke University and Harvard University have joined with physicians from Massachusetts General Hospital and the University of Wisconsin to develop a machine learning model that can predict which patients are most at risk of having destructive seizures after suffering a stroke or other brain injury.

A paper detailing the methods behind the interpretable machine learning approach appeared online June 19 in the Journal of Machine Learning Research.

When a brain aneurysm leads to a brain bleed, much of the damage isn’t done in just the first few hours, it accumulates over time as the patient experiences seizures. But because the patient’s condition doesn’t allow them to show any outward signs of distress, the only way to tell they are having seizures is through an EEG. However, continuously monitoring a patient with this technology is expensive and requires highly trained physicians to interpret the readings.

Aaron Struck, assistant professor of neurology in the University of Wisconsin School of Medicine and Public Health, and Brandon Westover, director of the Critical Care EEG Monitoring Service at Massachusetts General Hospital, sought to optimize these limited resources. Through the help of colleagues in the Critical Care EEG Monitoring Research Consortium, they collected data on dozens of variables from nearly 5,500 patients and got to work.

“We wanted a point system to decide who has greatest risk of having seizures,” said Struck. “But when we tried traditional approaches to create one from the data, we got stuck. That’s when we started working with Professor Rudin and Dr. Ustun.” 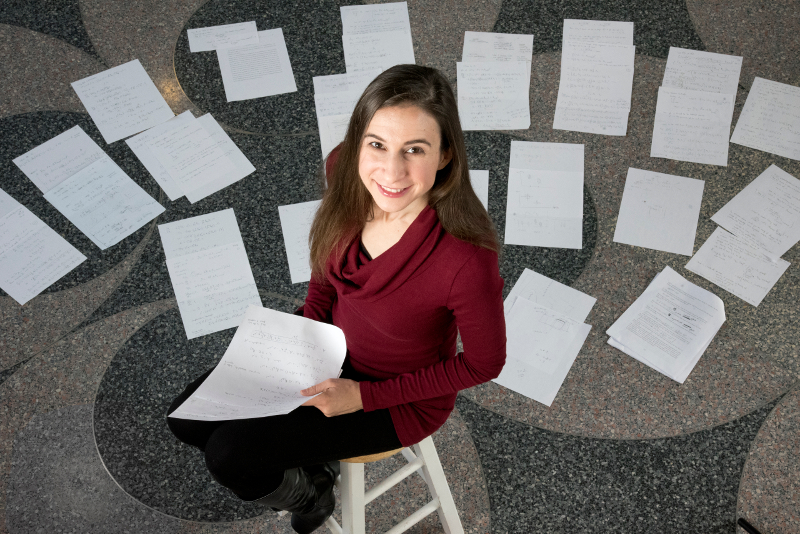 Rudin and Ustun had already created a machine learning algorithm that produces simple models called scoring systems for other applications. You might see examples of scoring systems in teen magazines aimed at determining whether or not your crush is returning your affections. (One point if they’ve texted you in the past week, two if they’ve sat next to you in class.) Any combination that adds up to more than 10 points means you’re destined for fireworks.

Except Rudin and Ustun’s scoring systems are based on a sophisticated combination of optimization techniques called ‘cutting planes’ and ‘branch and bound.’

For example, say you were looking for the bottom point on a bowl-shaped graph. A traditional cutting plane method uses tangential lines to choose points that quickly settle at its bottom like a snowboarder losing momentum in a half-pipe. But if this method is asked to find the lowest point that is also a whole number -- which the unrestricted answer is not likely to be -- it might continue its search between the vast number of nearly acceptable answers indefinitely.

To skirt this issue, Rudin and Ustun combined cutting plane optimization with another called branch and bound, which cuts out a large part of the search. The entire process then repeats until an optimal, interpretable answer is produced.

Their method had already proven successful creating screening tests for sleep apnea, Alzheimer’s disease and adult ADHD. Rudin and Ustun just had to refit it to the cEEG data.

“This machine learning tool took seizure data from thousands of patients and it produced a model called 2HELPS2B,” said Rudin. “And the great thing about this model is that clinicians can memorize it just by knowing its name. It looks like something that doctors would come up with on their own, but it’s a full-blown machine learning model based on data and statistics.”

The model has doctors give points to patients based on the patterns and spikes found in their cEEGs. With a maximum tally of seven, the result provides a probability estimate of the patient having a seizure at each point interval ranging from less than five percent to more than 95 percent.

The researchers tested the model against a new set of 2,000 cases and found that it worked well. Firmly confident in its abilities, the 2HELPS2B model was then put into service at the University of Wisconsin and Massachusetts General Hospital, allowing doctors to only use cEEG where it was needed most.

After a year of use, the model resulted in a 63.6 percent reduction in the duration of cEEG monitoring per patient, allowing nearly three times as many patients to be monitored while generating a combined cost savings of $6.1 million.

The model is now being used at four more hospitals. If all hospitals nationwide were to adopt it, the researchers calculate they could save a collective $54 million each year.

“But more than the cost savings, the 2HELPS2B model is helping us to monitor people whose seizures would otherwise go unnoticed and untreated,” said Westover. “And that’s saving lives and saving brains.”