Four Duke Engineers are included in the most highly-cited list this year. Their scholarly publications are viewed as important and influential by their peers. 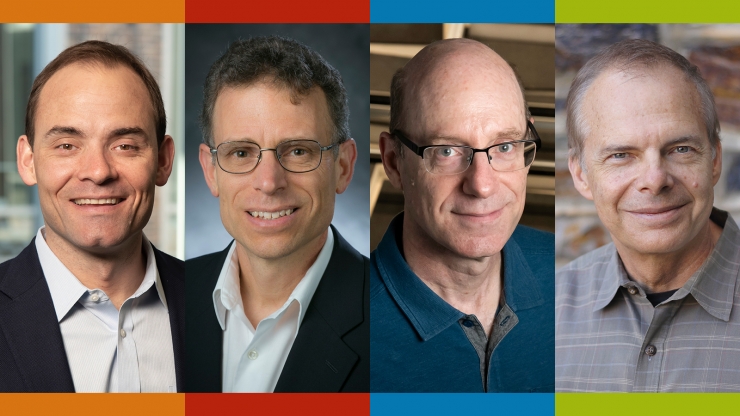 Four Duke Engineers are once again prominently featured on the annual list of "Most Highly Cited Researchers." They include Charles Gersbach (BME), David Mitzi (MEMS), David Smith (ECE) and Mark Wiesner (CEE). All four researchers were also included in the list from 2019.

The four faculty members join 33 of their Duke faculty peers in being named to the list this year, based on the number of highly cited papers they produced over an 11-year period from January 2009 to December 2019. Citation rate, as tracked by Clarivate's Web of Science, is an approximate measure of a study's influence and importance.

The data are taken from 21 broad research fields. The fields are defined by sets of journals and, in the case of multidisciplinary journals such as Nature and Science, by a paper-by-paper assignment to a field based on an analysis of the cited references in the papers. ISI-Web of Science also weighted the occurrence of self-citation in their analyses, though this practice varies by discipline.

See the full list on the Duke Research Blog