West, Hawkins, Johnson Elected to the National Academy of Engineering

Jennifer West, the Fitzpatrick Family University Professor of Engineering at Duke University, has been elected to the National Academy of Engineering (NAE)—one of the highest professional distinctions for engineers.

Also among the 80 new members announced by the NAE today are Kristina Johnson, former dean of the Pratt School of Engineering, and William A. Hawkins III, a Duke engineering alumnus, former member of the Pratt Board of Visitors and current member of the Duke University Board of Trustees. 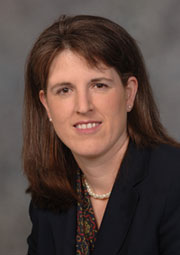 West was cited “For developments in photothermal and theranostic therapies and bioabsorbed scaffolds for tissue regeneration.” Hawkins, now corporate director for TPG Capital and lead director of Immucor, Inc., was cited “For leadership in biomedical engineering and translational medicine,” while Johnson, now CEO of Cube Hydro Partners, was cited “For development and deployment of liquid crystal on silicon display technologies, the basis for high speed optoelectronic 3D imaging.”

"Election to the National Academy of Engineering is among the top honors an engineer can achieve in a lifetime,” said George A. Truskey, interim dean of the Pratt School of Engineering. “We are extremely proud that the NAE has recognized the outstanding contributions of not only one of our leading faculty members, but also two other individuals who have played important roles in the Pratt School’s ascent.”

Jennifer West joined Duke in 2012 from Rice University, where she was chair of the bioengineering department. She holds a joint professorship in biomedical engineering and mechanical engineering and materials science at Duke, and is also a professor of cell biology and of chemistry, member of the Duke Cancer Institute, and associate dean for PhD education at Pratt.

West’s research focuses on the development of novel biomaterials and tissue engineering to address a wide array of biological problems, from glaucoma to cancer. Recent pursuits include creating patterned surfaces to control the physical interactions of cultured cells and developing artificial “micro-environments” that can mimic living tissues, making them ideal substrates for many cell and tissue applications.

Another active area of research is using gold nanoparticles tuned to absorb certain wavelengths of infrared light to heat and destroy cancerous tumors. While the original nanoparticles are already in clinical trials, West recently improved on her design by adding an extremely thin layer of hydrogels to the surface that, when heated, lose their water content and release any molecules (such as drugs) trapped within.

“Jennifer has made major contributions to biomaterials and the development of nanoshells as a cancer therapeutic," Truskey said. “By translating her basic research advances so that they are now improving human health, she has achieved the ultimate aim of biomedical engineering.”

West has published more than 180 peer-reviewed journal articles and holds 19 patents, all of which have been licensed for commercialization. Her awards include the Clemson Award from the Society for Biomaterials in 2015, designation as a Thomson Reuters Highly Cited Researcher in 2014, a CAREER Award from the National Science Foundation in 1999, Texas Inventor of the Year in 2010, a Rice University J.M. Chance Prize for Excellence in Teaching, the 2003 MIT Technology Review’s selection of 100 Top Young Innovators Award, and designation as a Howard Hughes Medical Institute professor. She has also been named an admiral of the Texas Navy.

“I am deeply honored by this very special recognition and proud to have worked with such wonderful students, fellows and colleagues over the course of my career,” West said. “I am also very thankful to have had wonderful mentors in my life and to be part of the exciting Pratt community.” 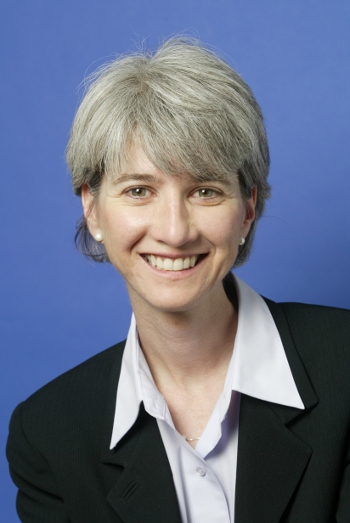 Kristina Johnson became the dean of the Pratt School of Engineering in 1999 and led the school through a period of significant growth in both size and quality through 2007. The undergraduate student body grew 20 percent while graduate programs doubled in size. She oversaw the planning, funding and construction of the 322,000-square-foot Fitzpatrick Center for Interdisciplinary Engineering, Medicine and Applied Sciences. She also helped the school's research expenditures triple and the endowment grow tenfold.

After eight successful years, Johnson left Duke to become provost at Johns Hopkins University, the first woman to hold its second-ranking position. She then became the undersecretary for energy at the United States Department of Energy before stepping down in 2010 to found Cube Hydro—a company aimed at furthering environmentally responsible hydroelectric energy by modernizing and upgrading existing plants and powering previously unpowered dams.

William A. Hawkins III graduated from Duke in 1976 with degrees in electrical and biomedical engineering. He was a member of the school’s Board of Visitors from 2002-2011, serving as chair between 2009-2011, and was appointed an adjunct professor of engineering in 2011. 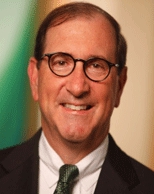 Prior to joining Immucor in 2011, Hawkins served as chairman and CEO of Medtronic, one of the world’s largest and most innovative medical technology companies. He has also served as president and CEO of Novoste Corp. and held senior leadership positions at American Home Products, Johnson & Johnson, Guidant Corp., and Eli Lilly & Co.

“I am really thrilled that three of Pratt’s own have been recognized by their peers with the highest honor accorded to engineers,” said Ravi Bellamkonda, who has been named the next Vinik Dean of Engineering at Duke effective August 1.  “It is a testament to the scholarship and leadership that we associate with Pratt and Duke.”

As NAE members, West, Johnson, and Hawkins will help carry out the academy’s mission of providing engineering leadership in service to the nation. They join more than 2,500 peer-elected members and foreign members in the NAE, which serves as an advisor to the federal government and conducts independent studies to examine important topics in engineering and technology.