Proteins are long strings of amino acids jumbled together like earphones left inside of a pocket for too long. But while a protein’s mess of intertwined knots may look haphazard, their specific folds are extremely important to their biological functions. Misfolded proteins are thought to be the genesis of diseases such as Alzheimer's, Parkinson's, Huntington's and cystic fibrosis, just to name a few.

To get a detailed look at how different proteins are folded, researchers freeze them in a crystalline structure and bombard them with extremely short bursts of x-rays. By recording how the x-rays bounce off the samples, scientists can reconstruct the different shapes—or conformations—that a protein can take. They then use a variety of techniques to determine how the proteins fold themselves into their final structures.

But there are limits to these techniques that have caused most studies to focus on smaller, simpler proteins. The average protein found within a human cell, however, is neither small nor simple. Most are more like an economy-sized box of Christmas lights that have haven’t been opened in a decade.

In a new study, researchers at Duke University have taken a different approach to studying the conformations of one of these larger proteins. By slowly pulling apart a protein called Protein S, they discovered a previously unknown stable conformation made possible by a little help from its best friend.

The results, to be published in the September 9, 2016 issue of the Journal of Biological Chemistry (online on July 4, 2016), show that biochemists need to start rethinking some of their assumptions.

“Our study shows that some of our field’s long-held ideas need to be revised,” said Piotr Marszalek, professor of mechanical engineering and materials science at Duke. “Previous assumptions that were made about large proteins showing a lack of structure or stability might have been made too hastily.” 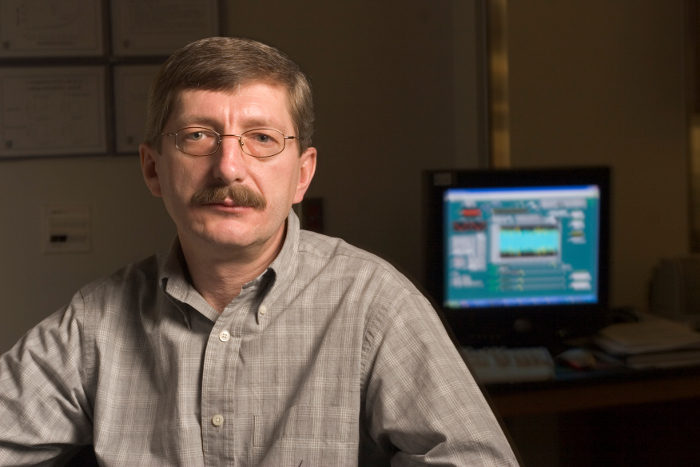 Traditional methods for determining protein structures and stability average results from hundreds, if not thousands, of individual samples. While this may give more reliable results, it misses stable conformations that don’t take shape very often.

The new study instead used a method called single-molecule force-spectroscopy, where a single protein is slowly pulled apart like a tangled ball of sticky spaghetti.

One end of the protein is attached to a stationary object. The other end is attached to a flexible sliver of glass that is sharpened to a point all the way down to the atomic scale. As the glass slowly pulls on the molecule, it bends from the resistance of the protein’s bonds before snapping back into place when the bond breaks.

By looking at how much force is required to break each bond and measuring how long it takes, researchers can compare the known structure of a protein to their data to look for inconsistencies.

“When we looked at the data for Protein S, we found that one of its halves showed too much variability between tests,” said Zack Scholl, a doctoral student in Marszalek’s lab. “There had to be another unknown conformation that it was taking.”

To discover this second conformation, Scholl worked with his other advisor, Weitao Yang, professor of chemistry at Duke, to run computer simulations that could explain the data. They discovered that one-half of the protein, called a domain, was gaining stability from the other—a phenomenon that had never been seen before.

“The protein as a whole is actually countering its own charge,” said Scholl. “You have contradictory demands. One demand is negatively charged binding sites on one domain’s surface that introduce this instability. But then you also want to have a stable fold, so you bring in a positively charged part from the other domain to stabilize it.”

Protein S is commonly found coating spores in nature, but nobody knows what it does. Take it away from the spores, and they still spread and germinate new plants and fungi just fine.

The protein is, however, extremely similar to many other proteins found throughout the animal kingdom. In mammals, including humans, it bears a striking resemblance to a protein found in our eyes’ lenses. These proteins are extremely stable, not having to be replaced for years or even decades—a far cry from others that are replaced on a daily basis.

Its complexity and stability were two of the reasons the trio of researchers decided to study it. Understanding how the protein gets its stability may give clues as to why other proteins lose theirs.

“The two domains kind of work together,” said Scholl. “So the protein may have evolved for the two domains to rely on each other to help its stability.”

This work was supported by the National Science Foundation (GRFP 1106401, NSF MCB-1052208, MCB-1517245) and the Katherine Goodman Stern Fellowship from the Duke University Graduate School.