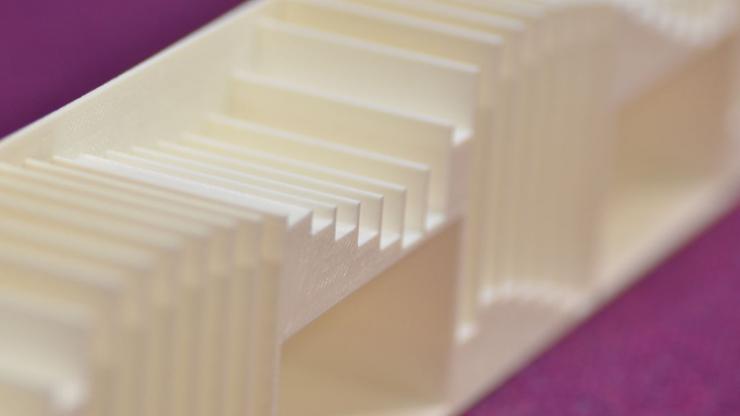 Researchers at Duke University and Aalto University (Finland) have constructed a “meta-mirror” device capable of perfectly reflecting sound waves in any direction. The proof-of-principle demonstration is analogous to looking directly into a mirror and only seeing the person next to you instead of your own face.

The research appeared online on February 15 in the journal Scientific Advances.

“When you look into an everyday mirror, the light follows the Law of Reflection: the light must bounce off of it at the same angle that it came in at,” said Junfei Li, a doctoral student in electrical and computer engineering at Duke University. The same rules generally apply to sound, but “we wanted to see if we could instead send a wave off in a different direction.”

To break the law of reflection with sound waves, the researchers had to engineer a device that could precisely control amplitude (loudness) and speed throughout the entire wave, which is even more difficult than it sounds.

“One way we could achieve this is by magically launching a precisely controlled sound wave that ‘strikes’ the incoming sound wave like balls on a pool table,” said Li. “But trying to do that would cause so much trouble that it’s not a practical idea.”

Instead of resorting to magic, Li and his colleagues turned to metamaterials—artificial materials that manipulate waves like light and sound through their structure rather than their chemistry. For example, while the particular metamaterial that the researchers designed is made out of plastic, it’s not the properties of the plastic that are important; it’s the shapes of the device’s features that allow it to steer sound waves in any direction. 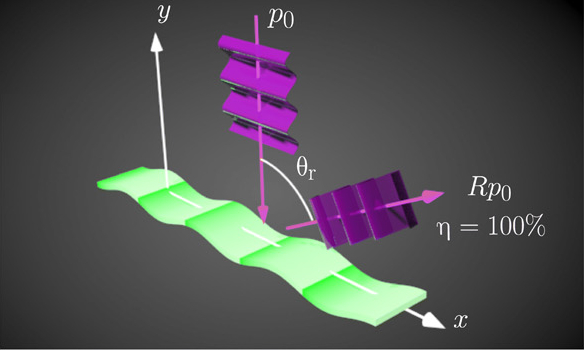 The surface of the metamaterial looks much like a wave itself, etched with a series of channels of various depths. Those depths are engineered to precisely control the speed at which the sound wave reflects off various points of the meta-mirror. Their wave-like positioning controls the sound wave’s amplitude.

“Because a soundwave carries energy, you have to give it a kick to redirect it,” said Steve Cummer, professor of electrical and computer engineering at Duke. “But to do this perfectly, you either have to actively redistribute the energy along the surface of the meta-mirror, which isn’t feasible, or you have to cleverly choose a shape where the energy distribution ends up being the same everywhere.”

As a sound wave hits the meta-mirror, it reflects off of its curved surfaces and interferes with itself. Between the meta-mirror’s shape and the depth of its channels, this interference pattern results in the sound wave reflecting in a desired direction without any of its energy being absorbed or scattered in an unwanted direction.

In the proof-of-concept demonstration, the metamaterial device takes a soundwave traveling directly toward it at 3,000 Hertz, a very high pitch not dissimilar to getting a “ringing in your ears,” and perfectly reflects it at an angle of 70 degrees.

While the prototype device is specifically tailored to one frequency and angle of reflection, the researchers plan to pursue a dynamic device that could change shape to reflect different frequencies in different directions. They also plan to work on similar devices for underwater acoustics applications.

A similar device could also be created to control light waves, though its features would have to be engineered on a much smaller scale, because light wavelengths are shorter. Such a device would not only be able to reflect light in different directions, however, it could also split a single wave into two arbitrary directions.

“Not only did we figure out a way to design highly efficient metasurfaces, we can also adapt the design for different functionalities,” said Ana Díaz-Rubio, a postdoctoral researcher at Aalto University who led the work on the project’s underlying theory. “These metasurfaces are a versatile platform for arbitrary control of reflection.” 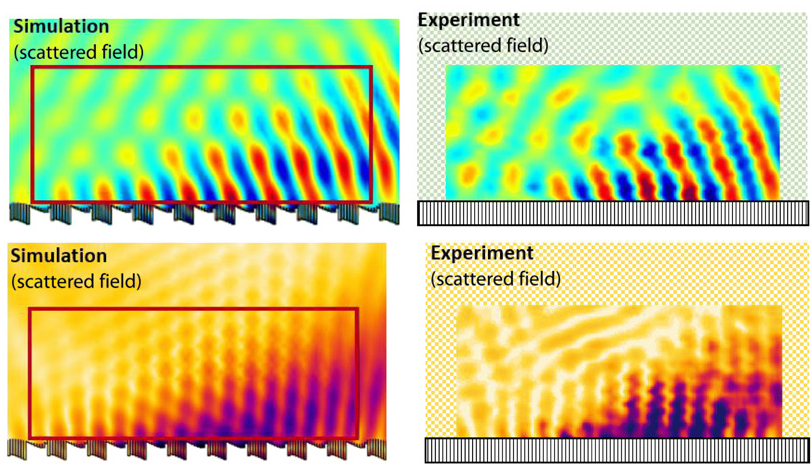 This work was supported by the Academy of Finland and by a Multidisciplinary University Research Initiative grant from the Office of Naval Research (N00014-13-1-0631).