Engineers from Duke University and the Institut de Physique de Nice in France have developed a new method to identify objects using microwaves that improves accuracy while reducing the associated computing time and power requirements.

The system could provide a boost to object identification and speed in fields where both are critical, such as autonomous vehicles, security screening and motion sensing.

The new machine-learning approach cuts out the middleman, skipping the step of creating an image for analysis by a human and instead analyzes the pure data directly. It also jointly determines optimal hardware settings that reveal the most important data while simultaneously discovering what the most important data actually is. In a proof-of-principle study, the setup correctly identified a set of 3D numbers using tens of measurements instead of the hundreds or thousands typically required.

The results appear online on December 6 in the journal Advanced Science and are a collaboration between David R. Smith, the James B. Duke Distinguished Professor of Electrical and Computer Engineering at Duke, and Roarke Horstmeyer, assistant professor of biomedical engineering at Duke.

“Object identification schemes typically take measurements and go to all this trouble to make an image for people to look at and appreciate,” said Horstmeyer. “But that’s inefficient because the computer doesn’t need to ‘look’ at an image at all.”

“This approach circumvents that step and allows the program to capture details that an image-forming process might miss while ignoring other details of the scene that it doesn’t need,” added Aaron Diebold, a research assistant in Smith’s lab. “We’re basically trying to see the object directly from the eyes of the machine.”

In the study, the researchers use a metamaterial antenna that can sculpt a microwave wave front into many different shapes. In this case, the metamaterial is an 8x8 grid of squares, each of which contains electronic structures that allow it to be dynamically tuned to either block or transmit microwaves. 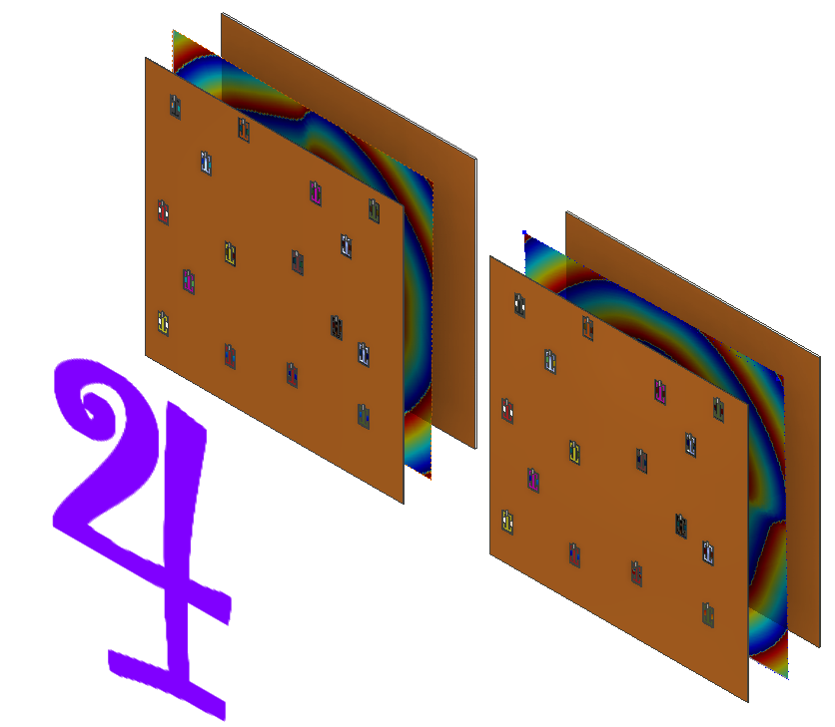 For each measurement, the intelligent sensor selects a handful of squares to let microwaves pass through. This creates a unique microwave pattern, which bounces off the object to be recognized and returns to another similar metamaterial antenna. The sensing antenna also uses a pattern of active squares to add further options to shape the reflected waves. The computer then analyzes the incoming signal and attempts to identify the object.

By repeating this process thousands of times for different variations, the machine learning algorithm eventually discovers which pieces of information are the most important as well as which settings on both the sending and receiving antennas are the best at gathering them.

“The transmitter and receiver act together and are designed together by the machine learning algorithm,” said Mohammadreza Imani, research assistant in Smith’s lab. “They are jointly designed and optimized to capture the features relevant to the task at hand.”

“If you know your task, and you know what sort of scene to expect, you may not need to capture all the information possible,” said Philipp del Hougne, a postdoctoral fellow at the Institut de Physique de Nice. “This co-design of measurement and processing allows us to make use of all the a priori knowledge that we have about the task, scene and measurement constraints to optimize the entire sensing process.”

After training, the machine learning algorithm landed on a small group of settings that could help it separate the data’s wheat from the chaff, cutting down on the number of measurements, time and computational power it needs. Instead of the hundreds or even thousands of measurements typically required by traditional microwave imaging systems, it could see the object in less than 10 measurements.

Whether or not this level of improvement would scale up to more complicated sensing applications is an open question. But the researchers are already trying to use their new concept to optimize hand-motion and gesture recognition for next-generation computer interfaces. There are plenty of other domains where improvements in microwave sensing are needed, and the small size, low cost and easy manufacturability of these types of metamaterials make them promising candidates for future devices.

“Microwaves are ideal for applications like concealed threat detection, identifying objects on the road for driverless cars or monitoring for emergencies in assisted-living facilities,” said del Hougne. “When you think about all of these applications, you need the sensing to be as quick as possible, so we hope our approach will prove useful in making these ideas reliable realities.”

Beyond Materials: From Invisibility Cloaks to Satellite Communications