From the Duke Clinical and Translational Science Institute 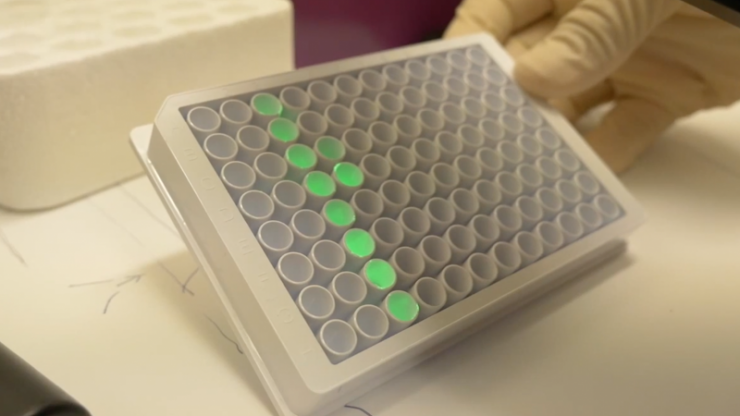 In 2016, a dog named Eliza made the national news after a miraculous recovery from a terminal cancer diagnosis. The 13-year-old Labrador retriever had been given five weeks to live when she received "immunolight therapy," an experimental treatment developed through a collaboration of Duke University researchers and biotech company Immunolight LLC.

It worked, and Eliza lived cancer-free for more than two years before she died of natural causes. A veterinary oncologist told the Raleigh News & Observer that the tumor "melted away."

Eliza was one of several canines to receive the treatment at the North Carolina State University College of Veterinary Medicine as part of a compassionate use trial. Immunolight therapy has since been used to treat a human patient on a compassionate basis, and multiple Phase II clinical trials are underway in companion animals at NCSU. Plans are being made for a multi-center clinical trial in humans.

These dramatic achievements point toward a promising advance in the fight against cancer, but with a large web of researchers involved, the journey to this point was long and winding, with success far from guaranteed.

"This is probably the biggest and most complicated project I've ever seen," says Harold Walder, President of Immunolight. "Real breakthrough innovation does not happen within one discipline. It happens at the intersection of disciplines, and to make this happen we needed expertise from many different scientific research domains."

Making light inside the body

Immunolight therapy is based on the notion that a light-activated compound called psoralen can be used to trigger an immune response against tumors. Psoralen is a botanically-derived drug used to treat a variety of skin disorders, but it had never been applied in this way before.

"The whole challenge for us was, 'How do we get this drug activated?'" says Wayne Beyer, Vice President of Chemistry and Biological Sciences at Immunolight. "How do we make light inside the body?"

The Immunolight team's idea was to use nano-particle phosphors that could convert sub-therapeutic doses of x-ray into light, activating the psoralen inside the tumor, where light can't normally reach. The phosphors and psoralen would be injected into the tumor and exposed to x-rays, precipitating a series of biological reactions capable of destroying the tumor. But the team needed help perfecting the chemistry, biology, and physics while ensuring biocompatibility with the body, so they spent a year searching for a suitable partner before signing sponsored research agreements with Duke in 2008.

Walder says, "The main thing that brought us to Duke was the interdisciplinary environment. Having access to world-class researchers in chemistry, radiation physics, photonics, and clinical research was crucial."

But that same access brought with it another set of challenges. As the web of involved researchers grew larger, the number of logistical stumbling blocks grew as well.

"A project like this requires multiple labs to function at a level of cooperation that isn't readily achievable in the typical single-investigator university environment," says Barry Myers, professor of biomedical engineering at Duke. "It needed a different approach."

Issues such as joint management of funds, transfer of technology between labs, and ability to identify investigators with the necessary capability hampered their early progress. But rather than allow the project to stall, the team looked within the Duke Health ecosystem for support.

They found it in the Duke Clinical and Translational Science Institute (CTSI), which was then known as the Duke Translational Research Institute. Created expressly to aid and accelerate academic health research on its journey from the lab to the patient's bedside, CTSI provides funding, resources, and logistical support to projects in a variety of health-related fields.

"This was the perfect opportunity for CTSI to bring in project management and oversight," says Myers, who is the Director of Innovation at CTSI. "We really did drive this thing forward. We brought in clinicians, provided scientific direction, managed finances, and handled tech transfer."

Beyer says this intervention was key. "If anything, we got to where we're at now because of CTSI."

CTSI support helped sustain what is now a nearly decade-long collaboration, and allowed the many labs involved in the project to focus on what they do best.

Researchers from across the Duke ecosystem contributed their expertise at crucial junctures. For example, Dr. Michael Therien's group in the Department of Chemistry determined the amount of energy necessary to activate the nanoparticles, and nanophotonics expert Dr. Tuan Vo-Dinh, the R. Eugene and Susie E. Goodson Distinguished Professor of Biomedical Engineering, developed multiple generations of energy converting particles. Dr. Neil Spector, associate professor in the Duke School of Medicine, helped the team map out the treatment's effectiveness with many different types of cancer cells at a molecular level. Dr. Mark Dewhirst, the Gustavo S. Montana Professor of Radiation Oncology in the School of Medicine, studied the efficacy of the technology in cells and animal models.

Additional collaborators joined from outside Duke, such as Dr. Mike Nolan at the NCSU College of Veterinary Medicine, who treated Eliza and other critically ill dogs.

Now, they are moving forward with human trials spanning a range of cancer types, including sarcoma, melanoma, breast cancer, and head and neck cancers.

"It's been a great collaboration among this large network of multiple institutions, and it continues with respect to sponsored research activities in addition to enabling human clinical trials," Walder says.

Beyer notes that the long and winding road has led them to exactly where they hoped to be. "Our intent all along was to enable clinical trials at a place like Duke, which is at the forefront of both cancer treatment and research."