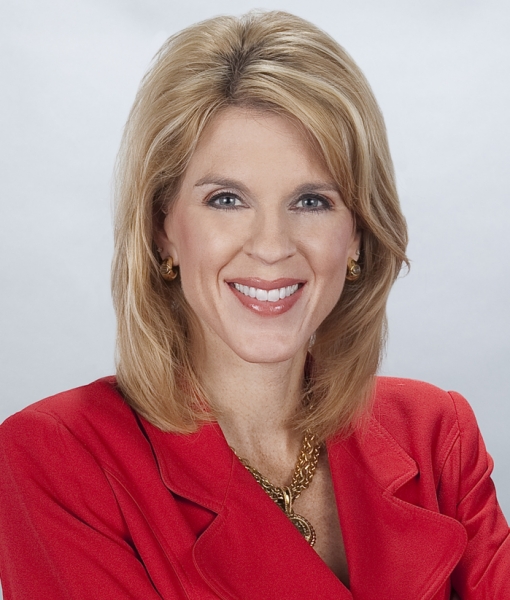 The lights are up, the cameraman is ready. Only five seconds to check makeup and review notes before going live in front of a major metropolitan audience. While this may not sound like the typical morning of most Duke engineering alumni, for Holly Morris (E ’93), this routine is business as usual.

Morris, who graduated with a degree in civil engineering, is now an Emmy awarding-winning anchor and television reporter for WTTG, the Fox affiliate in Washington, D.C. While this may seem an unlikely career choice for a former Pratt engineering student, whose most memorable undergraduate course was titled “Sludge Management,”  Morris is not your typical engineer.

As a student at Duke, Morris participated in Hoof 'n' Horn’s musical theater productions, and was a member of the cheerleading squad and student government. Among her fondest memories from her days at Duke are times spent hanging out on the quad with friends and study sessions that lasted well into the night.

But her most thrilling experiences are sure to make any serious Duke basketball fan jealous. In the spring of her sophomore year, Morris and three of her close friends trekked to Indianapolis for the 1991 Final Four. She clearly recalls the Duke-UNLV game as “the most continually exciting 40 minutes of basketball I have ever experienced.” She was there as Duke beat the reigning champions from UNLV and went on to claim their first national championship with a win over Kansas.

Not only was Morris present as NCAA basketball history was made in 1991, she also was fortunate to experience from the sidelines, as member of the cheer squad, Duke’s second national championship run in 1992.

“If the Duke-UNLV game was the most continually exciting 40 minutes of basketball for me, the Duke-Kentucky game afforded me the single biggest burst of excitement I have ever experienced from a sporting event,” Morris says of the game-winning, buzzer-beating shot made by Christian Laettner during the East Regional Final game. “Whenever I see the shot replayed on TV, I get goosebumps and think . . . I was actually there.” Duke later won its second national championship in a less dramatic 71-51 win over Michigan. “Nonetheless, another national championship was ours and yes, we celebrated,” explains Morris.

Morris attributes much of her professional success to the excellent education she received at Duke. “My professors taught me how to think. They taught me how to take in massive amounts of information and process it,” she remarks. “I loved my structures class taught by Dr. Senol Utku, because he had written the textbook for the course and also divulged that when he was in school, he actually got a C in structures. From that point on, no matter my grade, I always had hope I would eventually master it.”

Throughout her undergraduate years, Morris’ passion for news reporting was blossoming, but “making it” in the news business can be a daunting task. “Thus, my engineering degree afforded me an amazing backup plan, all while teaching me tactics and philosophies that I believed would prove useful no matter the field in which I found myself. I knew I didn’t necessarily want to be a practicing engineer, but I wasn’t against the idea either.”

To explore her growing interest in television reporting, Morris interned during the summer before her junior year at her hometown CBS affiliate in Cincinnati, Ohio—a position she secured by “cold calling” the main anchor at the station who was a Duke alum. The following summer, she landed another internship with CBS, this time in New York, an accomplishment Morris claims was quite unexpected. “I applied and the woman coordinating the internships called and said ‘out of the hundreds of applications we received, I pulled yours because I just have to know why a Duke engineer wants to work at the network.’ Interestingly enough, when I got my first and second reporting jobs out of school, both news directors asked the same thing.”

After graduating from Duke, Morris returned to the CBS affiliate in Cincinnati where she had interned a few years earlier. While there, she worked behind-the-scenes, honing her skills as a writer and researcher, before being hired as a producer and reporter for a small-market television station in Steubenville, Ohio. Following this job, Morris  went on to work as a morning anchor in Lexington, Kentucky—where, she notes, basketball fans haven’t quite recovered from the shock of that Laettner upset—and then landed her current job with the Washington Fox affiliate in 1998. Looking back on her career journey, Morris is grateful for the opportunities a Duke education has afforded her. “Being a Duke engineer made me not just another news wannabe, but instead a potential standout!”

Duke connections have also aided Morris outside of her professional life. She served as a first-year advisory counselor (FAC) while at Duke and one of her mentors, or “FAC-lets,” is now her husband. Additionally, the three friends with whom she traveled to the national championship game in Indianapolis still see each other frequently and, in fact, just recently vacationed together in Mexico to celebrate their 40th birthdays.

For Duke students and alumni, Morris encourages a “personal approach” such as she used when searching for employment. “Never lose that true-blue connection. Having a Duke diploma is an incredible achievement as well as an amazing privilege. Own it and cherish it all at the same time.”