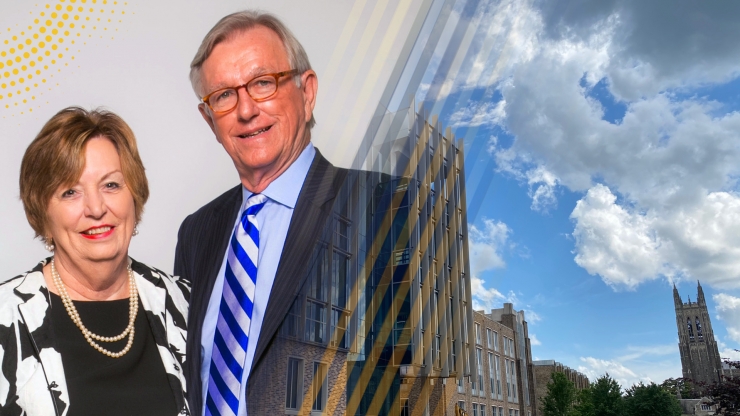 Duke University’s new engineering building, opening for classes in January 2021, will be named in honor of longtime supporters Jerry C. and Beverly A. Wilkinson and their family, President Vincent E. Price announced today.

Jerry Wilkinson, a 1967 electrical engineering graduate and founder of the Wilkinson Companies, and his wife, Beverly, have been volunteers and donors to Duke’s Pratt School of Engineering for decades. Their most recent contribution, a cornerstone gift to the Building for the Future of Duke Engineering campaign, will fund the innovative research and educational initiatives that will take place within the new $115-million engineering building.

“The Wilkinson Building represents the future of engineering at Duke, and I’m delighted that it will bear the name of Jerry Wilkinson and his family."

“The Wilkinson Building represents the future of engineering at Duke, and I’m delighted that it will bear the name of Jerry Wilkinson and his family, who have demonstrated a longstanding commitment to supporting our students and faculty,” said Price. “The Wilkinson Building will be a place where Duke faculty and students come together from across the university to address the world’s most pressing challenges, and I am grateful to the Wilkinson family for their engagement and generosity.”

The 150,000-square-foot Wilkinson Building is nearing completion, with faculty labs slated to begin a phased move-in this November and classrooms opening for the Spring 2021 semester in January.

In addition to state-of-the-art design labs and active-learning classrooms, the building features a Center for Engineering Entrepreneurship, a Center for Innovation, a Learning Commons and a 200-seat auditorium, expanding Duke Engineering’s current student education and programming space by 50 percent.

Learn more about the vision for the Wilkinson Building at Duke in this 2018 video.

Located at the nexus of Engineering, Medicine and Arts & Sciences, the Wilkinson Building will also house three interdisciplinary research neighborhoods focused on solving challenges related to computing and AI, the environment and human health.

“The new Wilkinson Building is much more than a cutting-edge facility—it’s the physical expression of our vision to reimagine engineering education and dissolve research silos to bring people together to solve real-world problems,” said Ravi Bellamkonda, the Vinik Dean of Engineering. “The building was designed to further the purpose of Duke Engineering—preparing students to do creative, meaningful work to shape the world. We are so excited that the Wilkinson Building will be named for an alumnus and family who have lived out those values.”

“From welcoming engineering students to intern at his companies to leading campaigns and class reunions, Jerry Wilkinson has been a vital part of our community and its successes over the years.”

A past chair of the Pratt School of Engineering Board of Visitors, Jerry Wilkinson received the Duke Engineering Distinguished Service Award in 1997 and the Duke Alumni Association’s Charles A. Duke Award in 2012. 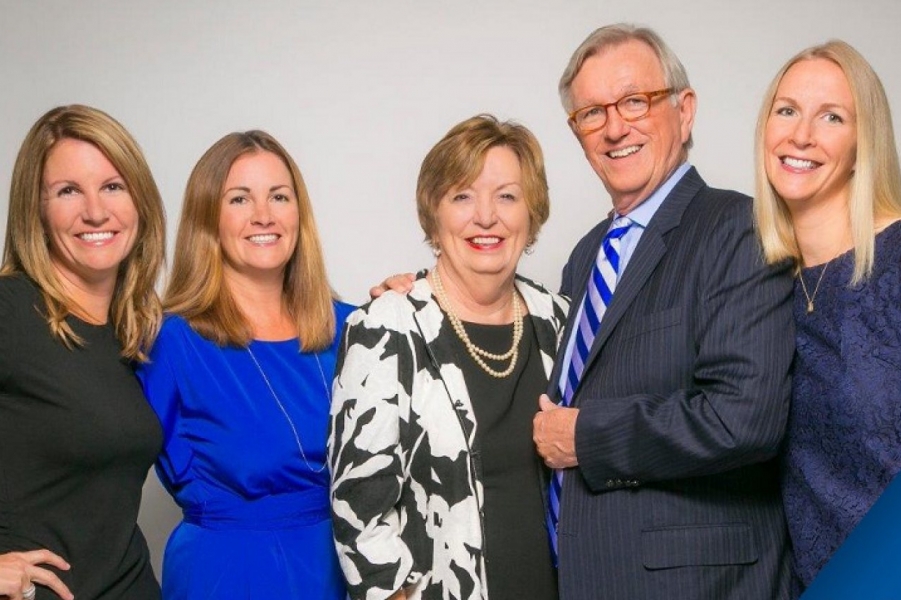 Wilkinson said his parents set an example of giving both time and resources to causes they believed would make a difference and change lives, despite limited means. Growing up in rural East Tennessee, he was one of five children. His mother was an elementary school teacher, and his father a machinist at the Alcoa Aluminum plant. He received need-based financial aid to attend the engineering school at Duke, arriving on campus for the first time at age 17, and went on to pursue an MBA from the Wharton School at the University of Pennsylvania and post-graduate studies at Harvard before entering a career in real estate and ultimately founding the Wilkinson Companies.

“I’m a huge believer in the power of education—my Duke experience was transformative for me personally,” said Wilkinson. “Studying engineering at Duke in particular teaches you discipline and problem-solving skills at an early age, as well as the broad perspectives that come with interacting with classmates from many backgrounds and being part of the larger university community.”

“We are blessed to have this special opportunity to invest in young lives, and in the future of Duke and Duke Engineering.”

Wilkinson said his family sees their gifts to Duke as a way to make a similar positive difference for others.

“Duke Engineering students and faculty are learning and working on ways to solve major issues in health, environment and other areas with great social impact, and the leadership at both the university and school levels is committed to using knowledge for the good of society,” he said. “We are blessed to have this special opportunity to invest in young lives, and in the future of Duke and Duke Engineering.”

“Jerry’s passion for good work, his humility and his love for Duke exemplify all we are proud of in our graduates,” added Bellamkonda.  “From welcoming Duke engineering students to intern at his companies to leading campaigns and class reunions, he has been a vital part of our community and its successes over the years. We are proud to count Jerry as a Duke Engineer, and grateful for the staunch support of the entire Wilkinson family.”

The Wilkinsons have three daughters, all Duke alumnae, and eight grandchildren. They split their time between Atlanta, Ga., and Amelia Island, Fla. 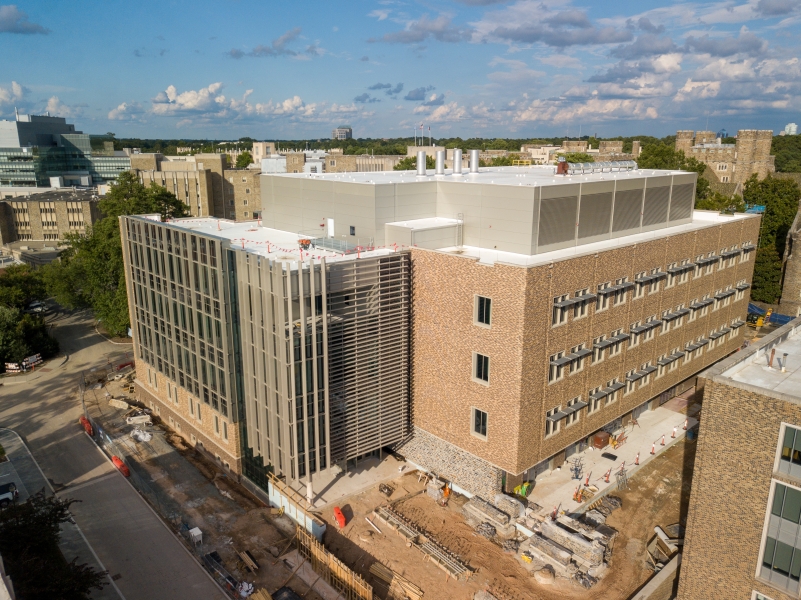 New Engineering Building Will Lead in Sustainability, Low Energy Use