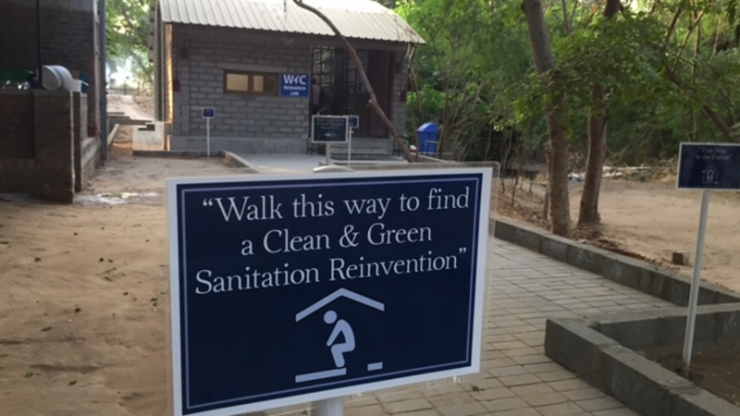 Toilet technology has been stigmatized by American culture for decades, but not at Duke. Materials scientist Jeffrey T. Glass, professor of electrical and computer engineering, and Brian Stoner, Research Triangle Institute (RTI) distinguished research fellow and Duke adjunct professor, are spearheading a project as part of the Reinvent the Toilet Challenge, sponsored by the Bill & Melinda Gates Foundation to develop sustainable sanitation solutions for the 2.5 billion people around the world who don’t have access to safe, affordable sanitation. The research grant from the Gates Foundation focuses on the installation and testing of these toilet prototypes in India and South Africa.

Professor Glass first became involved in toilet technology through Dr. Stoner, who needed a long-term research partner with expertise in one of the many components of the project. 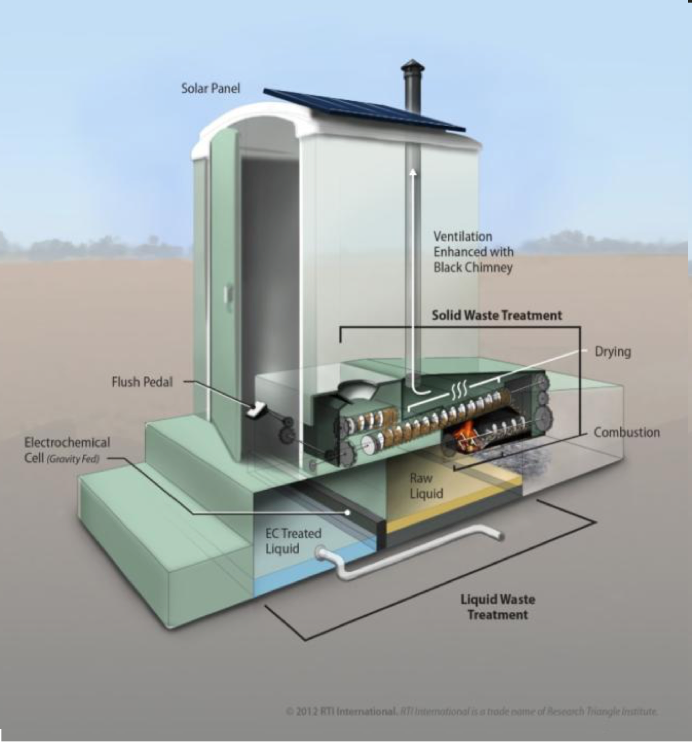 Their toilet technology concept uses a drying process through a combination of mechanical, solar and thermal energy to separate liquids and convert the solid waste into a combustible fuel. Solar energy, natural drafts and heat assist in the drying process. The heat energy captured from burning the solid waste is then converted to electricity to power the liquid treatment functions. As for the liquid waste, electrochemical processes help disinfect the waste, returning water that is suitable for rinsing or fertilizer.

Professor Glass and RTI are currently collaborating with Duke’s own Marc A. Deshusses, professor of civil and environmental engineering, as well as a team at Colorado State University that is focusing primarily on the combustion of solid waste processes. Since the project’s launch in 2010, its timeline has advanced faster than initially expected thanks to an “acceleration grant” from the Gates Foundation to further its progress.

The project is currently testing its beta prototype, which is installed at the Center for Environmental Planning and Technology (CEPT) University in Ahmedabad, India, and Duke’s team of researchers are still doing work on liquid disinfection to make the toilet’s chemical processes more efficient.

According to Professor Glass, such technology could make a major difference in the communities it is intended to serve. Poor sanitation efforts in many communities have the greatest impact on water supply, leaving thousands exposed to pathogens in the water that present looming physical and economic risks.

“Hospital stays, lost time at school, and an impact on the economy due to lost work and school are three key metrics of the global health crisis caused by unsanitary water,” said Professor Glass. “If we can separate this interaction [between fecal matter and water], we can eliminate these issues.”

Toilets as a Cultural Construct 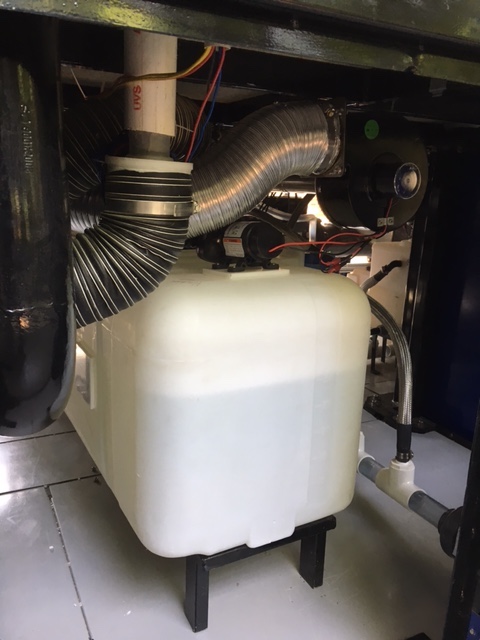 Implementing a new toilet technology takes more than just constructing a toilet in the slums. Rather, researchers have to consider a “user-centric” design, which is tailored to fit the specific cultural geography of where it is being implemented. Cultural differences and perceptions of the toilet and human defecation as a biological process create a geography for researchers to consider when implementing a new technology and assessing its success in the new community. Given the complexity of the global sanitation crisis, a single approach is impractical,” said Dr. Stoner. “It requires a multidisciplinary approach that develops a suite of options to address the engineering challenges in

Given the complexity of the global sanitation crisis, a single approach is impractical,” said Dr. Stoner. “It requires a multidisciplinary approach that develops a suite of options to address the engineering challenges in context of diverse social, economic and political landscapes.

As this project continues to develop and be deployed, it will surely impact the lives of millions in all walks of life and further advance the human condition. n Rachael Lau is a first-year Pratt student hoping to double major in biomedical and electrical engineering, with a minor in German studies. 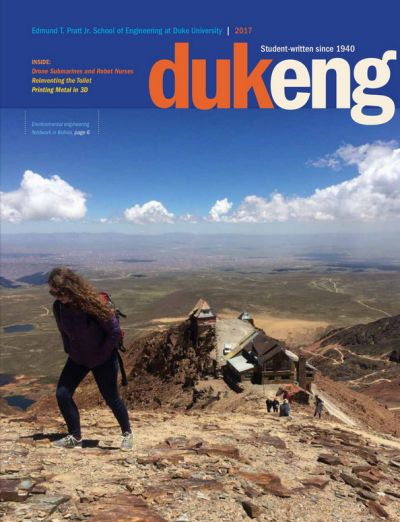