Duke Engineering Celebrates the Class of 2021

During May 2-8, Duke's Pratt School of Engineering celebrated the achievements of 771 new Duke Engineers 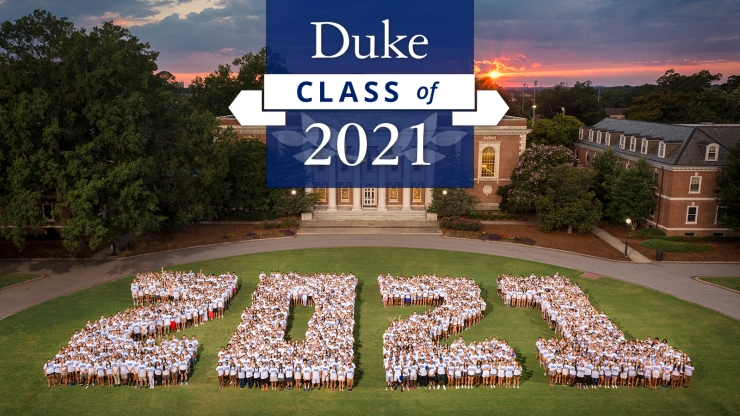 Nearly 800 undergraduate and graduate engineering students earned their degrees from Duke University this month. Many graduates attended the first in-person commencement exercises in nearly two years. Families and friends around the world watched live online, and thousands more watched the video replay of the ceremony in the hours and days after the ceremony.

For the Class of 2021, Duke and the Pratt School of Engineering planned limited, in-person commencement ceremonies: 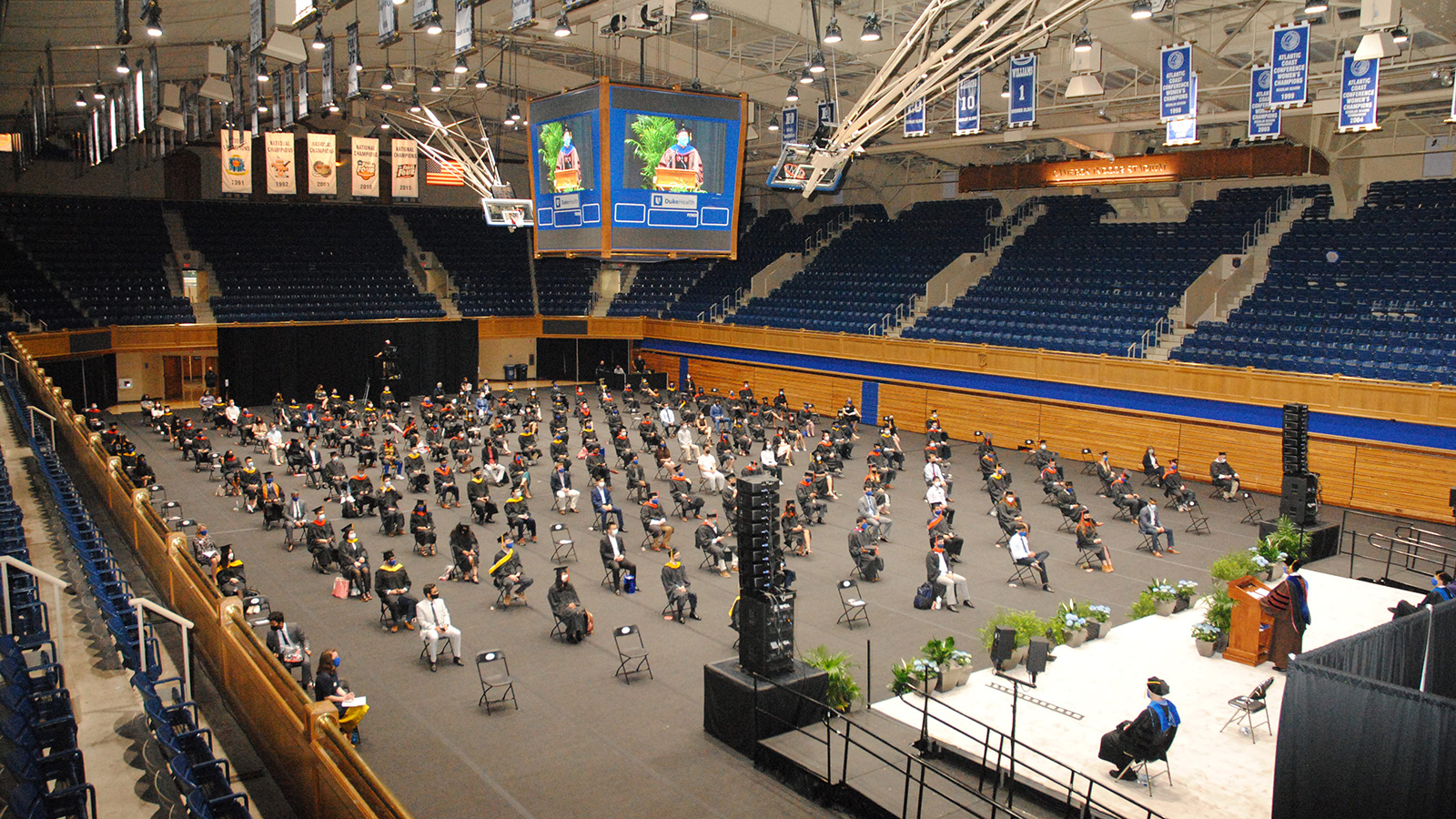 For the 2020-2021 academic year, the faculty of the Pratt School of Engineering awarded:

“The world needs individuals and teams who are unafraid to make the world better, who don’t wait for others to act or invent a new way. It needs YOU to be outrageously ambitious for yourself and the person you can be.”

Class of 2021 Awards and Honors

Presented annually by the Engineering Student Government to the member of the graduating class who has achieved the highest scholastic average in all subjects, and who has shown diligence in pursuit of an engineering education. Initiated to honor the spirit of academic excellence and professional diligence demonstrated by the late Dean Walter J. Seeley.

Presented in recognition of Dr. Meier’s leadership in establishing the North Carolina Gamma Chapter on January 10, 1948, and his continuous service until April 19, 1975, as the chapter advisor. Given annually to the graduating member of Tau Beta Pi who best symbolizes the distinguished scholarship and exemplary character required for membership.

Established in 1978 and given to graduating seniors who, by contributions of time, effort and spirit, have significantly benefitted the community of the Pratt School of Engineering.

Presented to the Biomedical Engineering senior with the most outstanding academic record, as determined by a faculty committee. Commemorates the contributions of Leonardo da Vinci in laying the foundation of the mechanistic study of human life.

Given to a graduating senior who presents the best research project, as judged by department faculty. Commemorates the work of Hermann von Helmholtz in laying the foundation of biomedical engineering.

Given to a Pratt Research Fellow in biomedical engineering with the best engineering design project, as judged by a faculty committee. Established in 2012 in memory of Ned Light, who worked for at Duke 22 years—pioneering research in real-time 3D ultrasound imaging and mentoring a host of undergraduate students both in the lab and in life skills.

Established in 1993 by the Whitaker Foundation as an endowment award in memory of Dr. Pilkington, founding chairman of the Department of Biomedical Engineering. The recipient is selected at the end of the junior year and the award is given in recognition of outstanding perseverance and accomplishment in the study of biomedical engineering.

Presented annually to a graduating civil engineering senior in recognition of an exceptional, positive impact on the Duke student chapter of the American Society of Civil Engineering.

Established in 1979 and presented annually to seniors who have demonstrated academic excellence, interest, and enthusiasm in the study of environmental engineering.

Established in 1980 and presented annually to a civil engineering or environmental engineering senior in recognition of outstanding academic achievement. Selection is made by the faculty of the Department of Civil & Environmental Engineering.

Established in 1998 in memory of Dr. Pas, former director of undergraduate studies in Civil & Environmental Engineering, and presented to the graduating civil or environmental engineering senior judged by the faculty to have conducted the most outstanding independent study project.

Presented annually to the graduating senior who has shown the most improvement in academic performance over the first three years.

Awarded annually to the senior in electrical and computer engineering who, in the opinion of the Electrical & Computer Engineering Faculty, who has attained the highest level of scholastic achievement in all subjects and has simultaneously has rendered significant service to the Pratt School of Engineering and the university at large. Established in 1958 by the parents of Class of 1955 graduate George Sherrerd III, to recognize outstanding undergraduate scholarship.

Awarded each year to the most outstanding undergraduate research project and presentation as judged by the faculty in Duke Electrical & Computer Engineering as part of the Graduation with Departmental Distinction presentation session. Established in 2021 in honor of electrical engineer Marie Foote Reel '46, one of the first women to graduate from Duke’s College of Engineering.

Established in memory of T.C. Heyward, Sr., and presented annually by Pi Tau Sigma to an outstanding senior in Mechanical Engineering at Duke. Selection by a committee of the engineering faculty is based on academic excellence, engineering ability, and leadership.

Presented annually in recognition of academic excellence to the graduating Mechanical Engineering seniors who have attained the highest level of scholastic achievement, as determined by the faculty.

Tau Beta Pi is the oldest engineering honor society and the second oldest collegiate honor society in the United States. It honors engineering students in American universities who have shown a history of academic achievement as well as a commitment to personal and professional integrity.