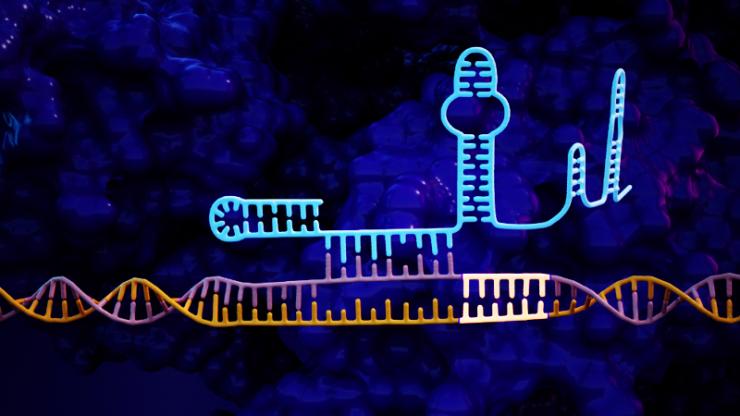 Biomedical engineers at Duke University have developed a method for improving the accuracy of the CRISPR genome editing technology by an average of 50-fold. They believe it can be easily translated to any of the editing technology’s continually expanding formats.

The approach adds a short tail to the guide RNA which is used to identify a sequence of DNA for editing. This added tail folds back and binds onto itself, creating a “lock” that can only be undone by the targeted DNA sequence.

The study appears online on April 15 in the journal Nature Biotechnology.

“CRISPR is generally incredibly accurate, but there are examples that have shown off-target activity, so there’s been broad interest across the field in increasing specificity,” said Charles Gersbach, the Rooney Family Associate Professor of Biomedical Engineering at Duke. “But the solutions proposed thus far cannot be easily translated between different CRISPR systems.”

CRISPR/Cas9 is a defense system that bacteria use to target and cleave the DNA of invading viruses. While the first version of CRISPR technology engineered to work in human cells originated from a bacteria called Streptococcus pyogenes, many more bacteria species carry other versions.

Scientists in the field have spent years looking for new CRISPR systems with desirable properties and are constantly adding to the CRISPR arsenal. For example, some systems are smaller and better able to fit inside of a viral vector to deliver to human cells for gene therapy. But no matter their individual abilities, all have produced unwanted genetic edits at times.

A universal property of CRISPR systems is their use of RNA molecules as guides that home in on the targeted DNA sequence in the genome. Once a guide RNA finds its complementary genetic sequence, the Cas9 enzyme acts as the scissors that make the cut in the DNA, facilitating changes to the genome sequence. But because each homing sequence is only 20 nucleotides long and the human genome contains about three billion base pairs, there’s a lot to sort through, and the CRISPR can sometimes make mistakes with sequences one or two base pairs short of perfection. 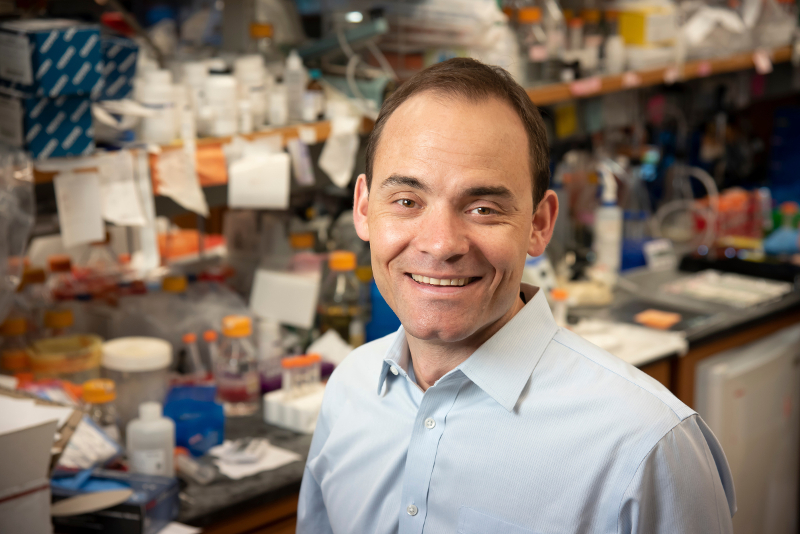 One way to improve CRISPR’s accuracy is to require two Cas9 molecules to bind onto opposite sides of the same DNA sequence for a complete cut to be made. While this approach works, it adds more parts to the system, increasing its complexity and making it harder to deliver.

Another approach has been to genetically engineer the Cas9 protein to make it less energetic, so it’s less likely to jump the gun and make a mistake. While this has also shown promising results, this type of protein engineering is laborious and such efforts are specific to each CRISPR system.

“It seems like there’s a new CRISPR system being discovered almost every week that has some kind of unique property that makes it useful for a specific application,” said Gersbach. “Doing extensive re-engineering every time we find a new CRISPR protein to make it more accurate is not a straightforward solution.”

“We’re focused on a solution that doesn’t add more parts and is general to any kind of CRISPR system,” said Dewran Kocak, the PhD student working in Gersbach’s laboratory who led this project. “What’s common to all CRISPR systems is the guide RNA, and these short RNAs are much easier to engineer.”

Gersbach and Kocak’s solution is to extend the guide RNA by as many as 20 nucleotides in such a way that it folds back onto itself and binds onto the end of the original guide RNA, forming a hairpin shape. This creates a sort of lock that is very difficult to displace if even a single base pair is incorrect in a DNA sequence being scrutinized for a potential cut. But because the guide RNA would prefer to bind to DNA rather than itself, the correct combination of DNA is still able to break the lock.

“We’re able to fine-tune the strength of the lock just enough so that the guide RNA still works when it meets its correct match,” said Kocak.

In the paper, Kocak and Gersbach show that this method can increase the accuracy of cuts being made in human cells by an average of 50-fold across five different CRISPR systems derived from four different bacterial strains. And in one case that improvement rose to over 200 fold.

“It’s a pretty simple idea even though Dewran completed several years’ worth of research to show that it works the way that we think it’s working,” said Gersbach. “It’s a nice, elegant solution for getting rid of off-target activity.”

Moving forward, the researchers hope to see just how many different CRISPR variants this approach could work with as well as complete an in-depth characterization of exactly how the locking mechanism works to see if there are differences across CRISPR variants. And because these experiments were conducted in cultured cells, the researchers are eager to see how well this approach might increase CRISPR accuracy within an actual animal model of disease.