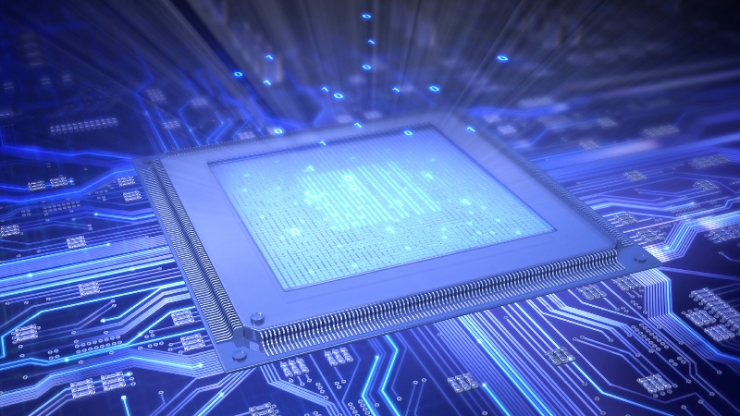 Krishnendu Chakrabarty, the William H. Younger Professor of Engineering in Duke University’s Department of Electrical and Computer Engineering, has won the Charles A. Desoer Technical Achievement Award from the IEEE Circuits and Systems (CAS) Society.

The award honors researchers whose exceptional technical contributions to a field within the scope of the Circuits and Systems Society have been consistently evident over a period of years. Chakrabarty was cited for “contributions to the design of microfluidic biochips, testing and design-for-test of system-on-chip and 3-D integrated circuits, and infrastructure optimization of wireless sensor networks, as well as for technical leadership, industry impact, and inspiring researchers worldwide.” 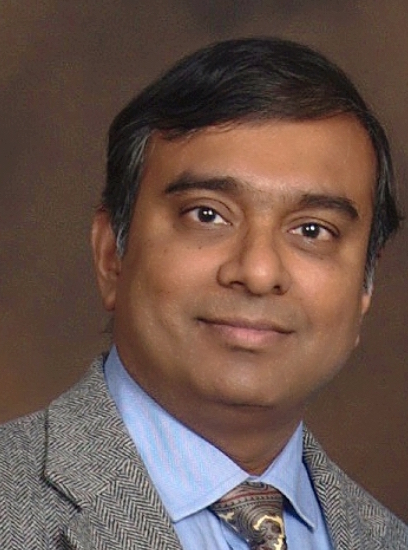 The recognition joins Chakrabarty’s IEEE Computer Society Technical Achievement Award in 2015, making him one of only two researchers worldwide to have received both IEEE societies’ top honors. The IEEE is the largest professional body for electrical and computer engineers and comprises many individual societies. The Computer Society and the Circuits and Systems Society are the two that Chakrabarty is most closely associated with.

“This award is a testament to the excellent environment for growth and commitment to excellence that Duke Engineering has provided over my career,” said Chakrabarty, who has been on Duke’s faculty since 1998.

Early in his career, Chakrabarty studied wireless sensor networks, making fundamental contributions to the optimization of sensor coverage and connectivity, self-organization, and mobility management. Since the early-2000s, he has focused on system-on-a-chip and lab-on-a-chip technologies.

Chakrabarty developed the first optimization methods to manipulate nanoliter droplets in a microchip setting and developed automated testing and diagnostic techniques for valve-based biochips. His microfluidics work was licensed by spinoff company Advanced Liquid Logic, launched by Duke colleague Richard Fair and students, which was acquired by Illumina in 2013.  Its technology is currently used by 170 companies, hospitals and laboratories worldwide.

“Now we want to make these lab-on-a-chip systems more intelligent so that they can conduct multiple processes on the same chip at very large scales,” said Chakrabarty. “If you compare it to the development of computers, we just recently got this technology past the ‘punch card’ stage. Now we have to get it into the integrated circuit stage with compilers and operating systems.”

In another line of research, Chakrabarty is literally trying to advance today’s computers past that integrated circuit stage. His work focuses on the design of “vertically integrated” 3-D microchip processors that can test themselves for errors—or even predict future problems using machine learning.

“If the system can see an error coming, it can reconfigure itself beforehand and adapt to impending errors,” said Chakrabarty, who notes the advantage this would provide for massive data hubs and routers that must remain operational nearly 100 percent of the time. “In these systems, even 10 seconds of downtime over a three-month period is too much.”

Chakrabarty credits his expanding portfolio in large part to Duke engineering’s growth in these areas over the past several years. The Information Initiative at Duke has brought together researchers from disparate areas interested in leveraging advances in Big Data and Machine Learning, which has helped his work on error prediction. Duke also recently hired Yiran Chen, Hai "Helen" Li and Xin Li, who are on the forefront of data analytics and brain-inspired “neuromorphic” computing using memory-resistor hybrids called memristers, which Chakrabarty is also pursuing.

“The growth of Duke’s strength in computer engineering has provided increasingly fertile areas for collaboration for both me and my graduate students,” said Chakrabarty, who has overseen the doctorates of 29 students. “It’s been a smart move, as many industry giants are also pursuing these areas heavily. It’s actually gotten to the point where I don’t have enough graduate students to fill all of the internship and full-time job opportunities that companies are approaching me with.”