Building a Network to Last 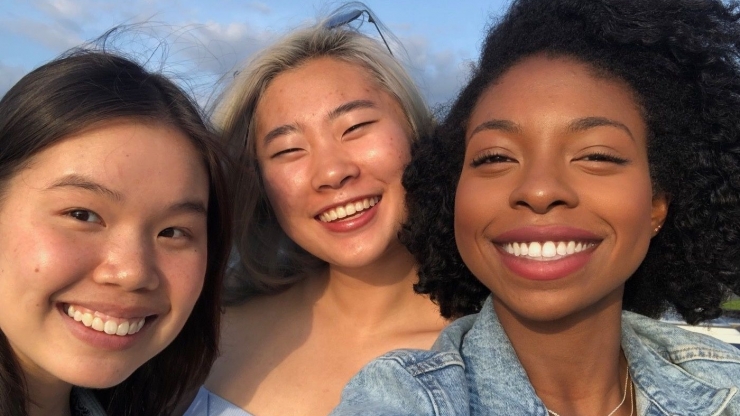 Alanna Robinson was moving to Seattle in just ten days to start a full-time job as a software engineer at Zulily, but she still didn’t have a place to live, she confessed to Maddie Nelson and Robin Lorenzini, two fellow Duke alumnae, on a recent Zoom call.

Lorenzini piped up immediately. “I know of a room in Capitol Hill,” she said. “I can get an air mattress over there tonight.” (Robinson reassured Lorenzini that she was working with a realtor and felt confident she’d find an apartment soon.)

Both Robinson, a recent graduate who majored in electrical and computer engineering, and Nelson, who is an engineer at Microsoft, are alumnae of the Duke Technology Scholars (DTech) program. Since 2016 the program has helped female students studying computer engineering and computer science land internships in the technology sector, connected them with experienced mentors like Lorenzini, and provided housing shared with other program interns. The program started with a single site in Silicon Valley but grew to include Research Triangle Park, Chicago and Seattle.  This summer, due to COVID, 108 DTech Scholars worked from locations all around the world. 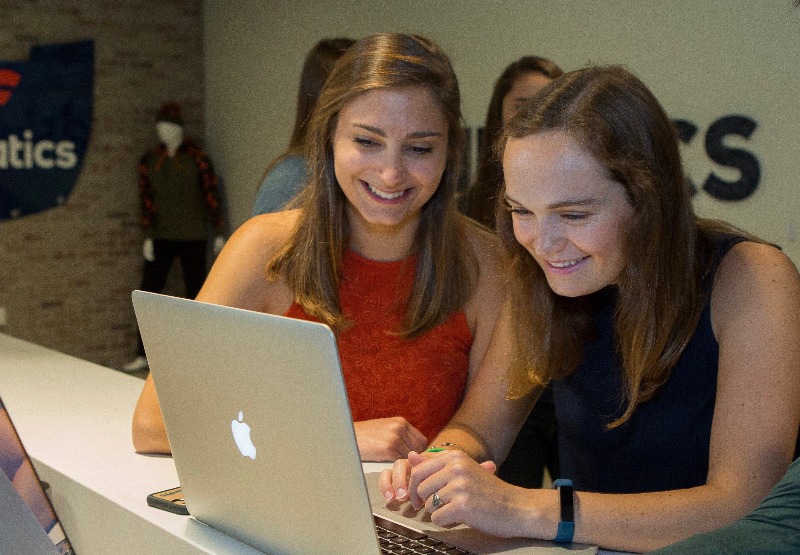 The goal of the DTech program is to create a network of women who support one another personally and professionally as they navigate the challenges common to women just starting out in tech—everything from finding housing and jobs in expensive tech hubs to negotiating salaries and addressing gender disparities in the workplace. As more women graduate from the program and establish themselves in their careers and communities, they can also mentor younger DTech Scholars.

The goal of the DTech program is to create a network of women who support one another personally and professionally as they navigate the challenges common to women just starting out in tech.

Feeling that support has been especially important over the past few months, said Lorenzini, as the women in the network have adapted to restrictions imposed by a global pandemic and grappled with issues of systemic racial injustice. The Seattle cohort gathered for dinner once before stay-at-home orders took effect and had been planning to reconvene every couple of months, but now they meet much more frequently—at least once every two weeks—to talk about these issues.

“We’ve spent a lot of time since May talking about how we can be better allies, or better accomplices,” said Archana Ahlawat, a DTech Scholar who graduated from Duke in 2019 after double majoring in computer science and political science. Ahlawat, like Nelson, now works at Microsoft. “We talk about how we can go about that in the most productive ways, especially because we’re early in our careers. How can you speak up for your Black and LatinX colleagues in the workplace, and how do you center the other person and the issues at hand? DTech is a really comfortable and inclusive space, and it makes it much easier to start conversations about these issues.” 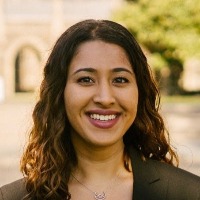 For Robinson, belonging to DTech has eased the anxiety of transitioning from college to a new job far from her home in Alabama—first, by connecting her with her Zulily internship last summer, and also giving her a safe place from which to explore Seattle with her roommates. A handful of those roommates are moving back to Seattle for jobs at Microsoft, so Robinson now has a ready-made community of friends to lean on. “'And simply knowing that Robin and several of my other DTech friends will also be living in Seattle gives me so much comfort. I can't imagine moving to a new city where I knew absolutely no one,” added Robinson.

“My enjoyment of my classes spiked, and recruiting season was easier—we were helping each other find jobs instead of competing for jobs.”

Nelson, who majored in electrical and computer engineering and computer science, felt the benefits of belonging to DTech even before she entered the workforce. As she progressed in her studies and moved closer to earning her degree, Nelson said, she saw fewer and fewer women in her advanced classes. Those who had stayed the course were friends from DTech, and offering and accepting support were skills they’d developed fluency in. “My enjoyment of my classes spiked,” said Nelson, “and recruiting season was easier—we were helping each other find jobs instead of competing for jobs.”

Some 12 hours away, in Tahoe, current student Natalie Novitsky has had a roller-coaster summer. Novitsky, another ECE-CS double-major, is passionate about sustainability. She had lined up a dream internship that aligned with her skills and interests, at a startup developing autonomous electric vehicles--but the internship was abruptly canceled by the company in March. “I sent out another 50 applications, but it was like shouting into the void,” said Novitsky. “I reached out to Amy (Arnold, executive director of DTech), panicking. She put me in touch with Elliott Wolf, who runs the data science team at Lineage Logistics.” Wolf is also a Duke alum—he majored in math before earning advanced degrees in statistics and law from Stanford—and has hired several interns from the DTech program.

Novitsky has spent the summer working on Wolf’s team, helping develop a system to optimize the performance of huge climate-controlled warehouses by optically scanning labeled pallets.

“I was skeptical—I had never done work like this in my life,” said Novitsky. But a few weeks into her internship, she had a light-bulb moment when she realized the work she was doing for Lineage Logistics could drastically reduce the amount of energy the company uses. “Lineage processes roughly 40 percent of our nation’s cold stored food, so the footprint is massive. Keeping that much food refrigerated and then shipping it without any kind of algorithms to determine what’s going on trucks—just having workers decide—means there’s a lot of empty space being cooled,” said Novitsky.

The algorithms Novitsky’s team are developing have already measurably reduced the corporation’s emissions footprint, and the engineers she’s working with have taught her how to pitch sustainability initiatives to executives, highlighting positive impacts on the bottom line.

The algorithms Novitsky’s team are developing have already measurably reduced the corporation’s emissions footprint, and the engineers she’s working with have taught her how to pitch sustainability initiatives to executives, highlighting positive impacts on the bottom line. The summer that started out as a massive disappointment, she said, has actually shown her new, unconventional ways that she might make a difference in the world.  “Cement production makes up five percent of all carbon emissions, but no one is working in that area because it’s not sexy,” said Novitsky. “I’m starting to think that’s a more effective way to have an actual impact on emissions. There’s a million people in self-driving cars—who’s pioneering the heavy industries that are a huge chunk of the problem?” 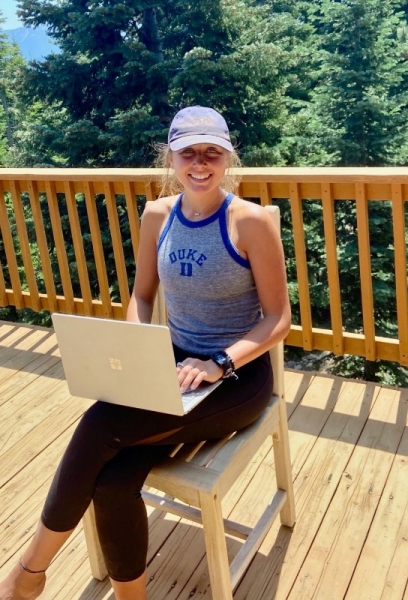 Novitsky is, at least for the time being—she’s staying on with Lineage Logistics this fall, while taking Duke classes remotely from her home base in Tahoe.

Now that the program has been around for a few years, its leaders are starting to see usable data taken from focus groups and pre- and post-surveys completed by DTech participants. ECE faculty member and DTech faculty director Shaundra Daily said the data is encouraging and indicates that the program has been effective. “Beyond making new peer connections through the program, almost all of our students reported a transformation in their view of what networking is and how it can be beneficial to their professional development,” said Daily. “It was clear that our students came to value their peers and coworkers as an important part of a professional network that can be useful in their future career exploration.” Daily recently presented the data virtually at the American Society for Engineering Education’s national conference.

“We've only begun to see the impact this can have on diversity and innovation at Duke and beyond."

“It's exciting to see the way the DTech network has grown since we started in 2016 with just 10 students. Today we have a vibrant community of hundreds of students, alumni, corporate partners, and mentors all working together to empower more women to thrive as leaders in tech,” said Arnold. “We've only begun to see the impact this can have on diversity and innovation at Duke and beyond."