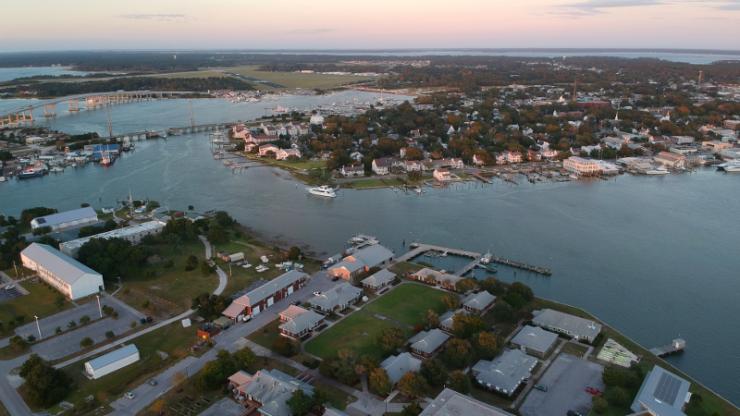 Based in Beaufort, North Carolina, the Duke University Marine Laboratory puts engineering expertise to use in the marine environment through research into coral reefs, oceanic bioacoustics and microbiology. Meet three of the engineers operating on Duke's east coast and learn about how engineering can be applied to the world's oceans. 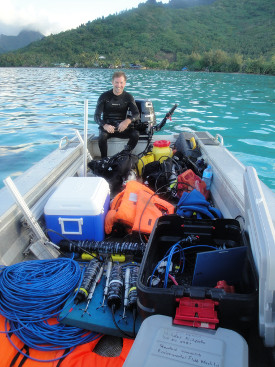 "Corals have to know a lot about hydrodynamics in order to survive. But we are still trying to unravel their secrets," said Professor Jim Hench. "Coral reefs occupy less than 0.2 percent of ocean floor and yet contain over 25 percent of marine species."

To obtain a full understanding of coral reefs and to make accurate predictions within them, one must be able to solve some form of the Navier-Stokes equations—a notoriously thorny set of 3-D nonlinear partial differential equations. These equations remain one the most important open problems in science and engineering. With regards to this problem, Hench recalls his PhD board advisor reminding him that "despite [our] inability to solve these equations, the oceans integrate them daily with ease."

To predict how future changes may affect coral reefs, Hench's lab uses a combination of new theory derived from first principles and new types of data to build more predictive models. This creates the need for field measurements to not only test the model, but also challenge its assumptions.

Professor Hench travels to different coral reefs around the world to gather the needed data. One of these places is Mo'orea in the Society Island Archipelago in the South Pacific. While diving among the reefs that surround the island, his group deploys oceanographic sensors that ground-truth models built to simulate ocean flow. Some of his future work involves modelling climate-change-induced extreme wave events.

"Climate change has no playbook," he said, referring to the complexity of predicting the effects of climate change.

Professor Douglas Nowacek: Putting an Ear to the Ocean 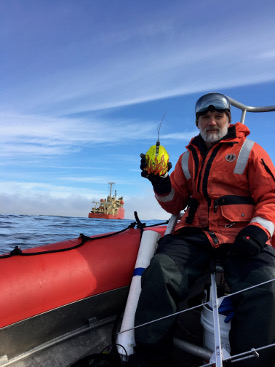 Professor Nowacek first came to the Duke Marine Lab when he was sponsored by a grant to conduct research on worms in 1990. After 18 years, he returned as a professor with a joint appointment at the Nicholas School of the Environment and the Pratt School of Engineering. Since coming to Beaufort in 2008, his research has focused on employing engineering principles in marine environments to study mammal bioacoustics, behavioral ecology and conservation technology.

Nowacek studies the effects of ocean noise on whale and dolphin acoustic ecology. "Ocean noise has been increasing by three decibels per year, creating problems for species that rely on sound for communicating, foraging and navigation," explained Nowacek.

In August 2015, Nowacek and his colleagues from eight universities and environmental organizations published their recommendations to minimize the amount of underwater human noise pollution. To do so, they promoted the labelling of ocean noise as a pollutant, which has been used by international bodies like the European Union.

As a professor with joint appointments in engineering and environment, Nowacek aims to bridge the gap between the two schools. He has been spearheading an initiative to create opportunities for interdisciplinary work in the field of ocean engineering—a field fueled by the ever-increasing interests in the industrialization of the oceans.

"There is a long-term potential for various engineering job avenues, including marine robotics, offshore energy and shipping," said Nowacek. One of his current projects is the creation of an oceanic engineering lab at Beaufort—amakerspace where students design, build and test their prototypes by the ocean. He hopes this will inspire more Pratt students to take a keen interest in applying their engineering principles in the marine environment.

Professor Zackary Johnson: At the Intersection of Marine Ecology and Biogeochemistry 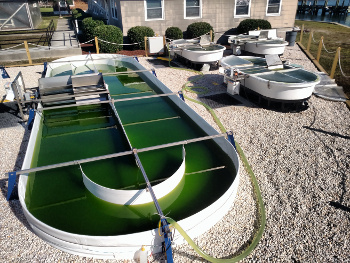 What is your research at the Marine Lab focused on?

How does engineering fuel your research?

As a trained engineer, I use engineering in our research multiple ways. We use engineering approaches to analyze complexdatasets to tease apart proximal drivers of the patterns that we see in nature. For both our oceanography and biotechnology work, we are constantly building things—whether electronic, structural or involving water—so that we can measure or create conditions to answer our scientific questions.

What opportunities do you think there are for engineers in your field of expertise?

There are numerous opportunities to build sensors, algae growth systems and to analyze complex data sets from both engineered and natural systems.

What are your future research plans?

We are continuing both our algae bioproduct (sustainable fuels and food) and microbial oceanography research.

Daniel Boey is a civil engineering and environmental science & policy double major from the Class of 2020. He is a certified Emergency Medical Technician, drone pilot and diver.