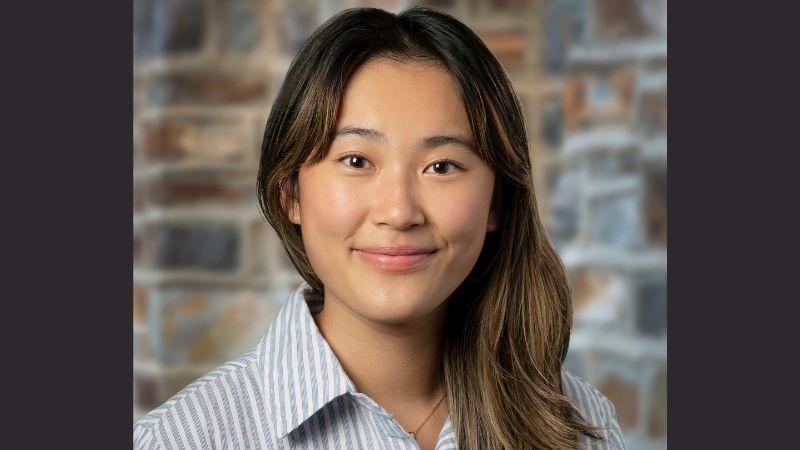 Growing up in the small town of Prince George, British Columbia, Li spent family outings camping and hiking through the forests in the foothills and peaks of the Canadian Rockies. Ever close to the environment, the effects of climate change were impossible to miss when forest fires increasingly made the air so smoky that she couldn’t see more than five feet in front of her while walking to work on summer mornings.

And it didn’t hurt that her father is also an environmental engineer. One of Li’s favorite things to do growing up, she says, was tour wastewater treatment plants with her father.

“I was put off by the smell at first, but when the plant operators would show me a vial of the filth that goes into the next plant, where clear water comes out, I just thought that was the coolest thing,” Li said. “I loved the engineering behind it.”

When it came time to choose a school for college, Li knew she wanted a strong engineering program. The only question was which one. After weighing her options, Li said she chose Duke in part because of the liberal arts classes she could take that would balance and inform her engineering courses. The schools in Canada, she said, don’t have that. They’re all very technical. And Durham, North Carolina, had the added bonus of being just about as far away from home as she could get.

During her first year on campus, Li was introduced to the Pratt Fellows program by David Schaad, a professor of the practice of Civil & Environmental Engineering at Duke (CEE), who teaches CEE’s first-year course. She knew she was interested in conducting research as a career, so she didn’t hesitate to sign up for the program. The experience, she says, was both more challenging and more rewarding than she expected.

"Don't be afraid to modify your original research plans as you figure out what part of your research you really enjoy. Research often evolves in different ways, and you end up answering really important questions that you didn't originally think about.”

Pairing up with Helen Hsu-Kim, professor of CEE, Li’s Pratt Fellows research focused on developing methods to measure how many binding sites called thiols exist on the surface of certain species of bacteria. The more of these binding sites that exist, Li explained, the more metals these bacteria are able to bind to and remove from the environment.

“You can engineer these bacteria or grow them in certain environments that will give them a higher concentration of these binding sites,” Li said. “And then they can bind to metal pollutants like cadmium and lead that you don’t want in your drinking water and completely remove them from the environment so that they’re not biologically available.”

Li says several methods have been developed for this kind of work, but they’re dependent on the specific bacteria being tested. Over the course of the past year, Li has been working on a couple of different complex approaches—and even developing her own computer model—to develop a method that provides more consistent data while making it easier to compare results between experiments.

While challenging and time-consuming, Li said, the experience has been well worth it.

“I learned what research is really like and that you’re probably not going to complete an entire project within a single year,” Li said. “But I also learned that it is a very rewarding process and that I like doing it. Even though there are so many setbacks, when it finally works, and you get good data, it’s a very satisfying feeling knowing that you’re contributing to and advancing the science.” 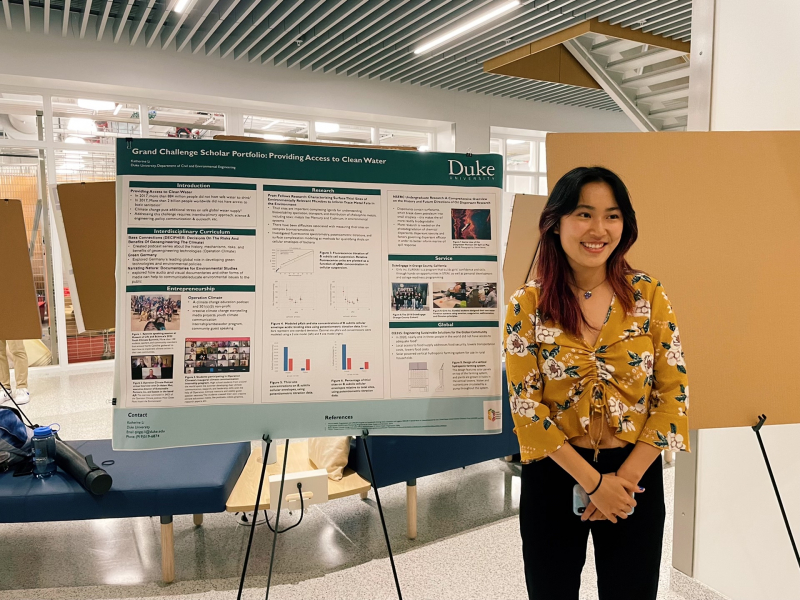 After graduation, Li is planning to intern as a wastewater engineer at HDR Engineering in Austin, Texas. Once her internship is completed, she will begin a master’s degree in environmental engineering at Stanford University—which she hopes to push into a PhD.

“To anyone thinking about becoming a Pratt Fellow, don't feel like you need previous research experience, Li said.  “The program really supports students in learning what research is all about! And don't be afraid to modify your original research plans as you figure out what part of your research you really enjoy. Research often evolves in different ways, and you end up answering really important questions that you didn't originally think about.”