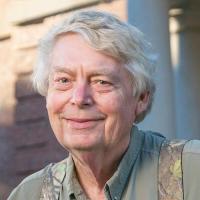 Quantitative Electrophysiology - Activation of the Heart. Simulation studies are being conducted on the activation process in cardiac tissue. To carry this out it is necessary to describe quantitatively the electrical (nonlinear) behavior of the cell membrane as well as to describe the electrical ``load" (i.e. the electrical structure and conductivities of the intracellular and extracellular medium). For studies which emphasize activation alone the Hodgkin-Huxley and Ebihara-Johnson membrane models have been used. Where recovery is important the Beeler-Reuter and DiFrancesco-Noble models have been introduced.

Regarding the passive conductive properties of the cardiac muscle, because of its syncytial nature (arising from multiple low resistance intercellular junctions) the intracellular and interstitial space can be regarded as continua though coupled at all points through the cell membrane. This constitutes what has been called the bidomain model and is the basis for a partial differential equation description of the fields of interest. The directional differences in conductivity arising from the fiber orientation and myofibril structure can be taken into account by using an anisotropic conductivity tensor. In general the ratio of conductivities in the intracellular and interstitial spaces are unequal, according to the isolated experiments in the literature.

To date simulations have been carried out to describe current flow patterns that arise under different assumed anisotropy conditions for both electrotonus and action potential conditions. In one study the activation isochrones resulting from a point stimulation were determined for a two-dimensional homogeneous (though anisotropic) tissue. Based on the assumption of equal anisotropy ratio simulations have been performed for a semi-infinite and cylindrical bundle of tissue describing the character of the intracellular and interstitial field as a function of depth into the tissue from the extracellular (bounding) space. One sees a considerable non-uniformity of magnitude near the surface so that measurements typically made at the surface may not be representative of interior wave shape. In particular a wave initiated at one end of a cylindrical bundle will develop a curved phase front (curved isochrones). Other important consequences have to do with the resulting source strength, velocity of propagation, e The above research is ultimately directed toward models which may help elucidate the initiation of cardiac arrhythmias.

We are also interested in developing cardiac muscle models that will help clarify and elucidate the electrophysiological processes underlying defibrillation. We have examined one-dimensional models to date and pointed out the important role of the modified bidomain model which includes the junctional resistance. This work is limited to steady-state solutions; results emphasize a strong relationship to the size of the intercellular junction. Current efforts are directed at an examination of the transient response to a defibrillatory pulse by including the membrane capacitance. Still further efforts are based on including a quantitative description of the membrane ionic channels themselves. Our goal is eventual extension to a three-dimensional model.

Further work is planned that will extend the aforementioned projects more fully to three dimensions, to arbitrary anisotropy, and to actual heart geometry. In particular we would like to extend work on one-dimensional propagation models which includes the discontinuous structure arising from intercellular junctions to three dimensions. Interest centers on explaining both normal and abnormal experimental studies.

Neural Stimulation. We have been interested in developing and examining models arising from practical applications of functional electrical stimulation. Work completed to date includes the characterization and behavior of cuff electrodes which demonstrate the conditions under which unidirectional propagation results. We have also considered the response of a nerve bundle arising from a point stimulation source. Of particular interest was the determination of the effect of fiber position within a bundle on excitation threshold. In carrying out this latter study, the effect of current redistribution from interstitial to intracellular space was included, but only under steady-state conditions. This work needs to be extended to the transient case.

Electrophysiological Sources. When excitable tissue (nerve or muscle) is stimulated, the result is an action potential and associated action currents. The action currents, by depolarizing membranes adjacent to the site undergoing activation, serve to spread the activation --- and in this way result in the propagation of the impulse. The action currents fill the entire conducting region, according to the laws of electricity. As a result potential fields surrounding and at a distance from active processes can be detected and measured. Familiar examples are the electrocardiogram, electromyogram, etc.

The relationship between underlying electrical activation processes(sources) and the potential fields they produce is of great interest. If carefully characterized the opportunity is present for learning about cellular processes based on external (noninvasive) measurements. This is important not only in clinical situations, but in basic research as well.

The goal of this research is to develop quantitative formulations for the electrical generators associated with activation processes. The case of a single cell in a uniform volume conductor and its extension to the cylindrical fiber has been well studied over the last twenty years. Interest now centers on multi fiber preparations including muscle and nerve bundles, cardiac muscle, and smooth muscle. Such formulations are needed during activation as well as recovery. This is particularly important in the study of cardiac tissue since recovery is not propagated.

As part of this study a particular effort is directed to a study of cardiac recovery and the T-wave. New experimental methods provide an opportunity, for the first time, to describe the action potential waveforms throughout the heart providing a useful database. The goal is the quantitative analysis of the origins of the T-wave as measured both on the torso and on the heart.