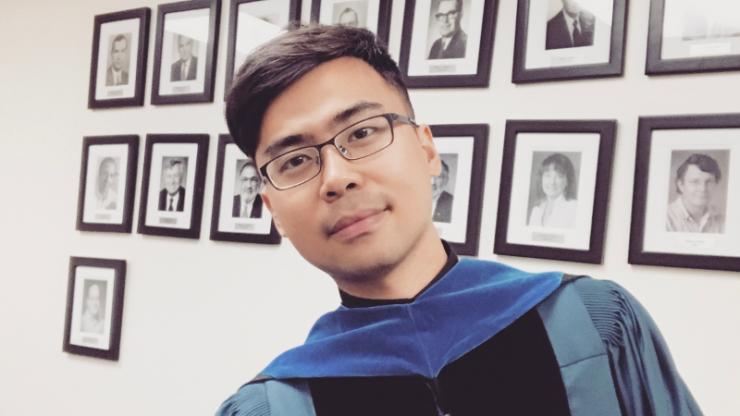 Zipeng Li, a recent doctoral graduate from the Department of Electrical and Computer Engineering, has won the Chinese Government Award for Outstanding Self-Financed Students Abroad.

Li’s research in the laboratory of Krishnendu Chakrabarty, chair and professor of electrical and computer engineering, has focused on microfluidic biochips. His work has helped advance the technology through breakthroughs in design automation, optimization and testing methods for micro-electrode-dot-array chips. Li spent time as an intern at NVIDIA in 2016 and Apple in 2017, before graduating and accepting a position as a senior DFT engineer at Intel.

Since the award was started in 2003 by the Chinese Government, it has recognized each year the academic achievements of non-government-funded Chinese students studying overseas among 29 countries. The award is granted across all fields of study and comes with a one-time financial reward of $6,000.

The award is open to all graduate-level Chinese students studying abroad and is based on academic excellence demonstrated through criteria such as publications and international conference talks. Candidates are narrowed by scholars active in the applicants’ areas and finalized by a review panel organized by the Chinese Scholarship Council (CSC) of the Ministry of Education.