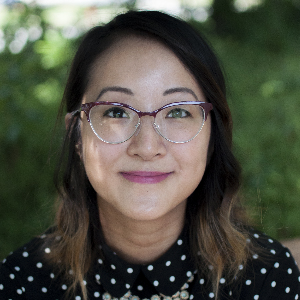 Brenda Yang, a PhD student in psychology and neuroscience, has been named the winner of the 2017 Merritt Science Journalism Award. The $500 award recognizes a Duke graduate or undergraduate student for the best piece of science journalism published during the previous calendar year.

Yang’s piece, originally published on ScientificAmerican.com’s guest blog, featured a personally reflective take on the consequences of telling the stories of famous scientists as unbroken chains of outstanding success. In “Are Our Scientific Heroes Too Heroic?”, she drew on psychological research and her own experiences as both a teacher and a student to argue that tales of Einsteins and Faradays may inspire greater effort in students if they hear the full story – that great scientific achievements are usually made only after often long series of failures.

The judges praised Yang’s work as wonderfully inspiring and self-reflective, while courageously taking the standard narrative – that famous scientists are smarter and more successful than the rest of us – and turning its on its head by arguing we should be telling students more about how our heroes struggled.

The award will be presented on April 6, 2017, at a dinner hosted by the DeWitt Wallace Center for Media & Democracy in conjunction with the Melcher Award and Futrell Award programs honoring alumni and student journalism.

The committee also recognized another excellent submission as runner-up – “Training the Brain’s Motivation Center” an article on neurofeedback research by Matthew Scult, a PhD student in the Department of Psychology and Neuroscience. That blog post also appeared on ScientificAmerican.com.

This year’s competition was the third for the Merritt Award, established in 2014 by the Pratt School of Engineering and friends and family of Richard Merritt, a longtime science writer and media relations specialist for Duke University. To learn more, visit pratt.duke.edu/merrittaward.