The future of bio companies is for scientists to start their own, Y Combinator partners said 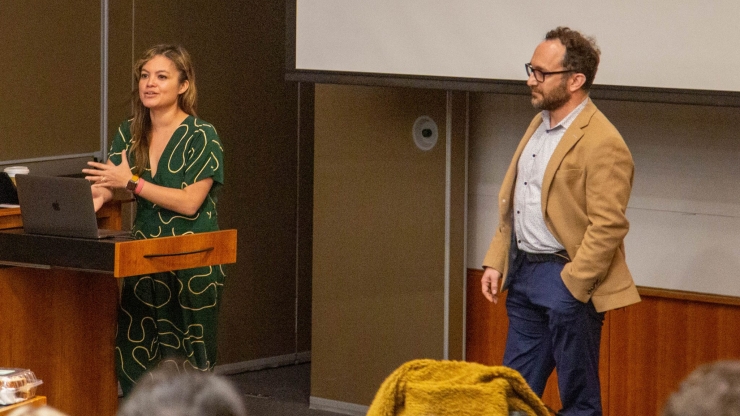 From the Duke Innovation & Entrepreneurship Initiative

At a lunchtime chat on February 25, representatives from Y Combinator—a seed-stage accelerator and venture capital firm that has helped launch more than 2,000 companies—spoke with a large audience of Duke undergrads, grad students, post-docs, faculty, and staff about what it takes to fund and scale a company.

Y Combinator had been known primarily for its portfolio of software and tech companies. However, since investing in its first biotech company in 2014, Y Combinator has funded more than 250 bio- and life-science companies—currently valued at $7 billion. It is rapidly becoming one of the largest seed-stage biotech investors in the world.

Among Duke alumni who have taken a company through Y Combinator are Class of 2009 engineering undergraduate Howie Liu, and 2012 Master of Engineering Management graduate Andrew Dietrich

According to Visiting Partner Uri Lopatin, Y Combinator believes the future of bio companies is for scientists to start their own companies—and much earlier in their careers than they previously would have—and to keep control of those companies.

Among the Duke alumni who have taken their companies through Y Combinator are Class of 2009 BSE graduate Howie Liu, whose startup Etacts was sold to Salesforce; and 2012 Duke Master of Engineering Management graduate Andrew Dietrich, whose company, Final, was acquired by Goldman Sachs.

The chat and Y Combinator’s other activities at Duke were co-sponsored by Duke Engineering, MEDx: Medicine + Engineering at Duke, and Duke Innovation & Entrepreneurship (I&E).