Randomness and chaos in nature, as it turns out, can be a good thing – especially when trying to harvest energy from the movements of everyday activities.

DURHAM N.C. – Randomness and chaos in nature, as it turns out, can be a good thing – especially when trying to harvest energy from the movements of everyday activities.

Duke University engineers believe they have come up with the theoretical underpinning that could lead to the development of energy harvesting devices that are not only more versatile than those in use today, but should be able to wring out more electricity from the motions of life.

Energy harvesting is the process of converting one form of energy, such as motion, into another form of energy, in this case electricity. Typically, energy harvesters make use of a piezoelectric material, which is usually a man-made laminate that produces small amounts of electricity when stressed or strained.

However, current energy harvesting devices have been unable to efficiently make this energy conversion because the devices can only be “tuned” to a single frequency, or size of vibration. These so-called “linear” devices work well, for example, if the wind blows at a constant predetermined speed or a person walks at a steady pace. 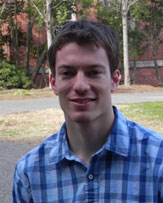 “We know that in the real world, however, there can be so many variables that a traditional linear harvester would only be able to take advantage of a very limited frequency,” said Benjamin Owens, a graduate student working in the laboratory of senior researcher Brian Mann, associate professor of mechanical engineering and materials science at Duke’s Pratt School of Engineering.

The results of the team’s research were published on-line on the journal Physica D: Nonlinear Phenomena. The researchers are supported by Army Research Office and the Office of Naval Research.

Mann said that linear energy harvesters will always work well in a laboratory setting, for example, since variables can be tightly controlled. He said that the mathematics involved in designing and measuring the efficiency of energy harvesters in a controlled environment is relatively straightforward and well understood by scientists. 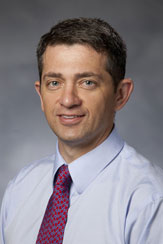 Until now, the traditional formulas and equations used in designing linear devices have been unable to be applied to the wide variety of frequencies encountered in real life. The Duke engineers reworked the principles commonly used for linear devices to take into account a greater range of frequencies, which would make such “nonlinear” devices able to harvest more energy.

“This nonlinear approach offers significant improvements in electricity production, sometimes on the order of one magnitude,” Mann said. “Our approach for studying energy harvester performances provides a simplified method for design and analysis of nonlinear systems.”

The researchers used magnets to simulate nonlinearity in a cantilever model made of a piezoelectric material, which has unique property of releasing energy every time it is bent. By changing the orientation of the magnet, the researchers were able to “tune” the bending of the arm, and thus the production of electricity, over a broader spectrum of frequencies.

“These results suggest to us that this nonlinear approach could harvest more of the frequencies from the same ambient vibrations,” Mann said. “More importantly, being able to capture more of the bandwidth would make it more likely that these types of devices would have practical uses in real world. These nonlinear systems are self-sustaining, so they are ideal for any electrical device that needs batteries or is in a location difficult to access.”

For example, the motion of walking could provide enough electricity to power a cell phone or an implanted device, such as a pacemaker or cardiac defibrillator. Mann is investigating whether such nonlinear devices could power sensors on buoys by extracting electricity from the motions of waves. On a larger scale, Mann said that a series of nonlinear devices working together could generate enough electricity to power even larger devices.

Samuel Stanton, who graduated last year, was an important member of the research team and is a co-author of the paper.