Metamaterials expert Willie Padilla joined the electrical and computer engineering department of Duke University’s Pratt School of Engineering on July 1, 2014. Adding to one of the nation’s largest corps of faculty working with metamaterials, Padilla focuses on developing techniques and devices that work in the terahertz range of the electromagnetic spectrum—the new frontier of the information age. 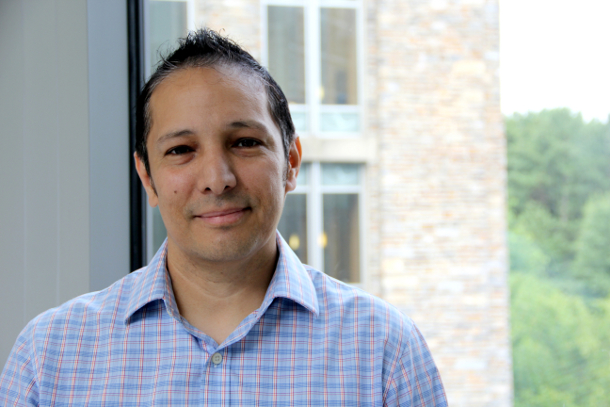 When it comes to modern technology, most all of the world’s devices manipulate either photons or electrons. Photons—the fundamental particle of light—are at the center of fiber optics, lasers, cameras and more. Similarly, electrons are the heart of all computer technology from simple transistors to the most complex integrated processors.

Electrons work well in the range of radio and microwave frequencies, while photons operate in the realm of optical and infrared. As devices try to manipulate these fundamental particles in frequencies further from their slice of choice of the electromagnetic spectrum, they hit a wall and stop behaving as asked. And right smack in the middle of their preferred ranges is the terahertz range.

“There’s a fundamental gap, or at least technology shortage, in the terahertz range because our existing technology is based on these two fundamental particles,” says Padilla, who joins the Duke faculty from Boston College. “You can’t really fill that terahertz gap per se, but you can find ways around it.” 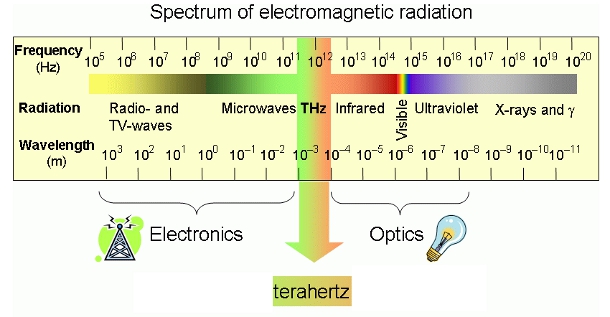 Padilla is a physicist by training, with degrees from San Diego State University (undergraduate) and the University of California, San Diego (master’s and doctorate). After completing his thesis, Padilla worked at Los Alamos National Laboratory, where he helped to build their metamaterials physics program.

He then joined the physics faculty at Boston College, where he stayed for eight years. As his research has progressed further from basic science and more toward applications, however, Padilla decided that an engineering school was the best place to advance his work.

“My research has been moving more and more toward applied areas, so Duke's ECE Department is perfect for me and my career,” said Padilla “I’m a physicist by training, all my degrees are in physics, but I feel engineering is the right fit for me now.”

Padilla is working to create several applications of imaging devices using terahertz waves. One is a new way to detect skin cancer. Because cancerous cells have a different water composition than healthy cells and terahertz waves are absorbed well by water, a terahertz camera should be able to non-invasively spot potentially problematic areas.

A second application in the works uses terahertz waves to see through thick weather obstructions for so-called all-weather navigation. For example, the number-one cause of death for the military in the Middle East isn’t improvised explosive devices—it’s helicopter crashes. When a helicopter comes in to land, it kicks up a lot of dust—especially in desert environments—and pilots lose sight of the ground. In principle, terahertz imaging could see right through even a sandstorm.

A third potential use for terahertz technology is personnel screening. David Smith, the James B. Duke Professor and chair of Electrical and Computer Engineering, is working to develop a metamaterial imager that uses surface waves to image people. If the technology could be adapted to the terahertz realm, not only could security spot concealed objects on passersby, they’d be able to distinguish whether it was a block of cheese or a plastic explosive.

“Many materials have a distinct fingerprint, so to speak, in the terahertz range, so you can tell one material from the other based on a terahertz scan,” says Padilla. “All of these applications are still in a very early stage. We’ve only started to produce terahertz images at a low resolution. But in principle, if we can push our technology to higher resolutions and faster frame rates, we should be able to develop a lot of practical uses for it.”

Outside of the terahertz world, Padilla is joined in the Triangle by his family. He met his wife, who has a master’s degree in electrical engineering from Chalmers University, while at Los Alamos National Laboratory. The pair also has a two-and-a-half-year-old daughter, who takes up most of Padilla’s time outside of the laboratory. Padilla and his family have settled in Cary rather than Durham, partly because of a large Scandinavian population there that can help Padilla’s wife pass her Swedish heritage down to their daughter.

It wasn’t the nearby Ikea in Charlotte, however, that attracted Padilla to Duke.

“I believe that you should surround yourself with the best people, and Duke has the best people,” said Padilla. “It’s inspiring being surrounded by colleagues working on the bleeding edges of their fields. The most important one to me, though, is imaging in metamaterials, and there’s a nucleus of expertise here that was the ultimate factor that made the decision for me. It’s a really exciting time in my opinion to be at Duke engineering.”