A View from the Inside: Exploring the Latest Ultrasound Techniques 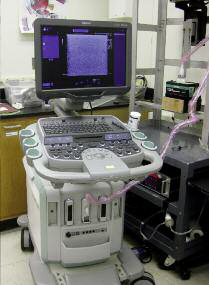 Boldly seeing what no team has seen before. This mission seems to be the motivation for Kathy Nightingale, PhD, the James L. and Elizabeth M. Vincent Associate Professor of Biomedical Engineering, and her colleagues in the Biomedical Engineering Department of the Pratt School of Engineering at Duke, as they aim to transform how the world of ultrasound imaging interfaces with the human condition.

The underlying principle of their research dates to 400 B.C. with the work of Hippocrates, who was perhaps the first person to record differences in normal abdominal tissues that are soft and malleable compared with abnormal abdominal tissues that are hard and stiff. The technology used for detecting these differences has largely evolved in recent years due to critical advances provided by Nightingale and her colleagues and collaborators at Duke University.

From her days as an undergraduate and a graduate student in the Biomedical Engineering Department, Nightingale has focused on the world of medical imaging, most recently working with the Siemens Corporation in gaining US Food and Drug Administration (FDA) approval on virtual touch elastography imaging.

While recognition for this advancement came only recently, the setting of this tale lies in several papers published just over a decade ago. In particular, a manuscript titled, “On the Feasibility of Remote Palpation Using Acoustic Radiation Force,” laid the groundwork for the influential research that was to come out of Nightingale’s laboratory over the next several years.

This work focuses on the concept of mechanical excitation, a term Nightingale translates to “pushing on tissue.” The approach involves a high-intensity acoustic beam that pushes on the inside of a tissue, causing a shear wave to ripple through. The speed of these resulting waves is directly related to the stiffness of the tissue being probed, where regions of higher stiffness are denoted by darker colors on the resulting image. Using this technique in conjunction with the normal use of ultrasound, which gives an image of the acoustic properties of bodily tissue, a map of tissue stiffness as it relates to its surroundings can emerge. 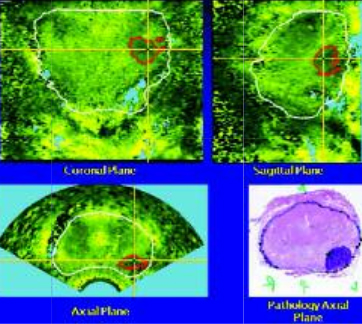 While both approaches provide substantive data for imaging, Nightingale says her ongoing research seeks to perpetuate the idea that “a technology is only as good as its application.” One successful application of this mission statement is in liver fibrosis staging, that is, evaluating the scarring of liver tissue caused by, among others, hepatitis, alcohol and obesity. Their success here arises from the fact that shear wave speed in liver tissue increases with increasing fibrosis, thus liver tissue shear wave speeds are correlated with the clinical outcomes of liver biopsies. This means that virtual touch imaging has the potential to streamline the way physicians check for liver fibrosis.

Using similar techniques, Nightingale and her team have worked extensively in prognosticating cancer in the prostate gland. Other research at Duke, led by Gregg Trahey, PhD, the Robert Plonsey Professor of Biomedical Engineering, and Patrick Wolf, PhD, associate professor of biomedical engineering, focuses on developing viable applications with cardiovascular and ablation monitoring (monitoring tissue post-surgery). If a technology is truly only as good as its application, then the merit of this technology speaks for itself.

Going forward, more work must be done to apply the use of ARFI and SWEI images with equal effectiveness in all tissue types. Some organs, like the liver, have a relatively homogeneous appearance, where one image could describe a great deal about the rest of the organ. However, other organs, like the prostate gland, do not have a similar pattern and, thus, must be modeled differently.

Due to these groundbreaking efforts, Nightingale and her team members and colleagues truly are pioneers in the field. Indeed, these achievements mark a significant improvement from the observations originally made by Hippocrates. And by using discoveries from more than a decade ago and pushing those boundaries even farther, they have managed to offer even better solutions to common medical practices. While the FDA just approved one form of this work for use in the United States, possibilities abound for the future of imaging. Given enough time, Nightingale and her colleagues will no doubt sound these out as well.