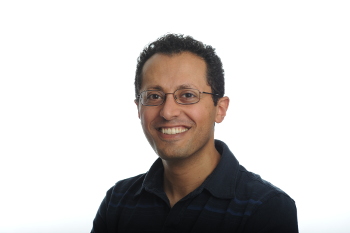 Michael Tadross, assistant professor of biomedical engineering at Duke University, has been chosen as a recipient of the competitive 2017 PDF Stanley Fahn Junior Faculty Award. Managed by the Parkinson's Foundation Grants Review Committee, the new program supports junior faculty at a critical time of career transition.

The three-year, $300,000 award will support Tadross’s continued work to explore the neurological and biomolecular roots of Parkinson’s disease using his novel drug targeting system. The system, named DART (Drugs Acutely Restricted by Tethering), allows researchers to deliver pharmaceuticals to specific types of neurons in the brain.

Many molecular targets of drugs are shared between different types of neurons. And because pharmaceuticals affect all of them, it has been impossible to disentangle the benefits certain drugs may provide by acting on one type of neuron from the adverse side-effects generated from effects on another.

In its recent inaugural study, DART revealed how movement difficulties in a mouse model of Parkinson's disease are controlled by the AMPA receptor (AMPAR)—a synaptic protein that enables neurons to receive fast incoming signals from other neurons in the brain. The results revealed why a recent clinical trial of an AMPAR-blocking drug failed, and offered a new approach to using the pharmaceutical.

"The insights we gained in studying Parkinson's mice were unexpected and could not have been obtained with any previous method,” said Tadross. “This grant will be instrumental in supporting my work to continue to unravel the intricacies of how pharmaceuticals treat the symptoms of Parkinson’s disease.”