The electrical engineering and computer science major from Singapore is trying to change the way computers process information by comparing the speed and efficiency and graphics cards and typical computer processors. 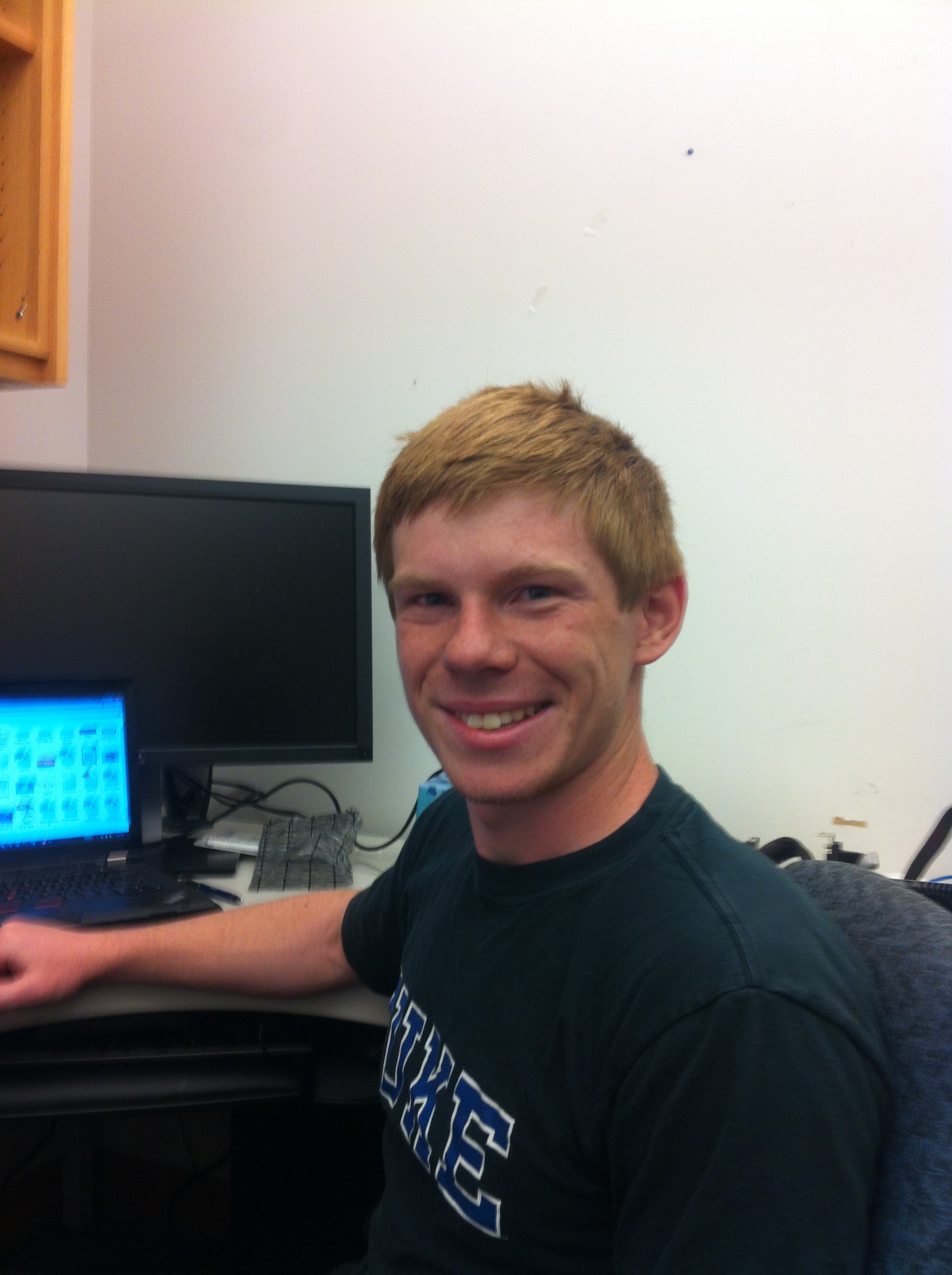 “Instead of processing one query at a time, graphics cards collect 8 to 10 of them and process them all at the same time in parallel,” Dee said. “I’m trying to communicate as fast as possible on a normal computer processor to see if I can make the processor run faster than the graphics card.”

Dee became involved with his research after serving as a teaching assistant for the computer architecture class taught by Alvin Lebeck, professor of computer science and electrical and computer engineering. Dee was so interested in the topic that he asked Lebeck if he could conduct research with him during the summer.

During one of his projects to enhance a central processing unit, Dee created a new method to solve mathematical problems in the computer system.

“It seems to run a lot faster than current publicly available methods—more than 100 times faster than Intel’s,” Dee said. “Since those are pretty important operations in scientific computing, if everything goes as planned, I’ll end up writing a paper on this new method and submitting it to algorithm conferences later this year or next year.”

Optimizing the efficiency of computer processors has implications for all websites and search engines—like Facebook and Google, Dee said. He said the research could potentially lower the cost of ownership for server farms, which are large collections of computer servers maintained by different companies.

“This research right now is to provide proof of the concept—just saying this is something that is possible to do,” Dee said. “If we can get valid results, we would potentially start trying to apply it more.”

He added that his favorite aspect of the project is how small changes can affect the whole group’s research. Changing an individual line of code in his project can change the way the entire group’s system functions.

Aside from his research, Dee is the treasurer for Duke’s chapter of Design for America, an organization that supports student-led design studios focused on education, health, economy and environment. He is also a member of the outing club and rock climbing team, and has served as a member of E-Team, the Pratt School of Engineering’s peer advisory group. Dee has also been a teaching assistant for introductory computer science and engineering classes.

He said he hopes to be involved with research at some point after college when he pursues a graduate degree, but still has to decide whether he wants to work with the same types of projects.