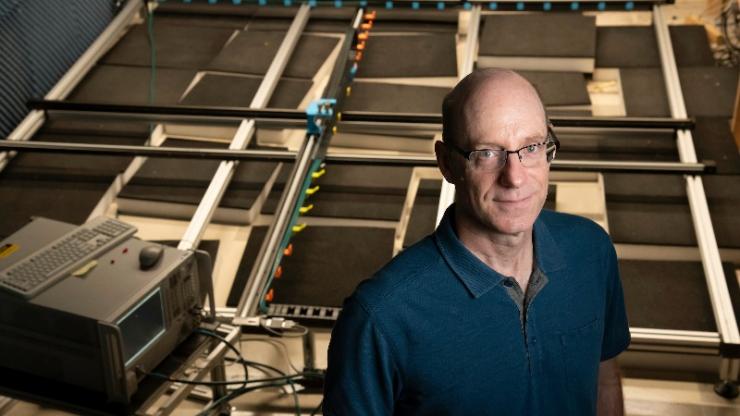 Quantum binary digits, or qubits, are the superheroes of computing, and their superpowers lie in their beyond-binary abilities and secret correlations among them. Unlike traditional bits, which represent a piece of information as either a 0 or a 1, qubits can represent both simultaneously, in a so-called superposition state. Qubits can also contain strong, fundamental ties among them, known as entanglement. When combined, these superpowers allow quantum computers to solve some complex problems with a speed unmatched by any traditional computers today—or, for that matter, at any time in the predictable future. 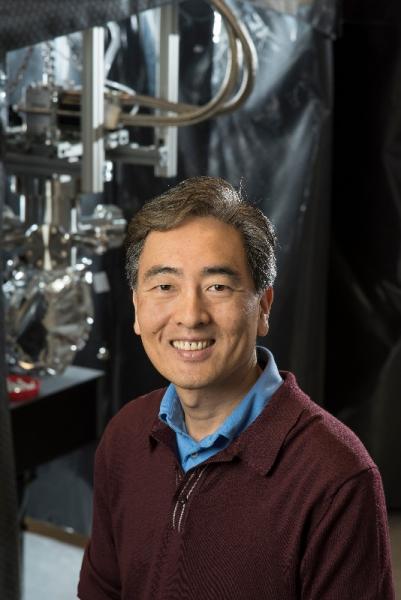 Companies really want quantum computers, and therefore really want to partner with quantum scientists. For Duke Engineering’s Jungsang Kim, it’s a super position to be in. IonQ, Inc., the company Kim co-founded with the University of Maryland’s Chris Monroe in 2015, has captured $22 million in funding to date: $2 million in seed funding from New Enterprise Associates (NEA), and an additional $20 million in funding from GV (formerly Google Ventures), Amazon Web Services, and NEA. The funding allowed IonQ to scale its team up to 37 employees and build two of the most accurate quantum computers in existence in two short years.

“This could be a once-in-a-lifetime type of opportunity to shape the future of quantum computing technology.”

“The future of quantum computing as an industry is somewhat uncertain,” said Kim. “Since quantum computers have never existed, there are no existing companies whose market is built on quantum computers.” He said that the situation is not dissimilar from the days when first digital computers were built in the 1940s. Those computers were built to tackle specific problems of interest to the government, but when their capabilities became more widely available, new industries flourished in ways that no one expected—and would continue to thrive over the seven decades that followed.

“It is extremely exciting to be in the driver’s seat in defining what the future industry of quantum computing is going to look like,” said Kim. “This could be a once-in-a-lifetime type of opportunity to shape the future of quantum computing technology. And,” he added, “we are always looking for enthusiastic young minds to join us in our journey.”

Metamaterials are artificially structured materials whose electromagnetic properties can be tailored and tuned in novel ways—but the term “metamaterials” is more of a design approach than a class of devices or components, according to David Smith, the James B. Duke Professor of Electrical and Computer Engineering and Director of the Center for Metamaterials and Integrated Plasmonics at Duke. In Smith’s lab, engineers learn to control and manipulate the flow of light and other wave excitations. Their work has led to unbelievable discoveries, like electromagnetic cloaking devices that “hide” objects by rerouting waves around them, and satellite communication terminals that electronically acquire, steer and lock waves to satellites. 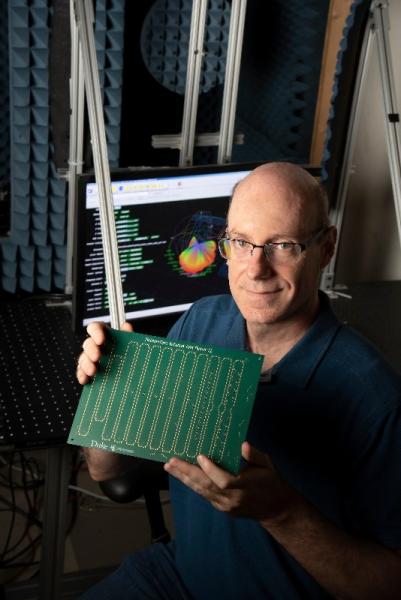 In the young field of metamaterials, opportunities to commercialize the technologies abound. In 2012, communications company Kymeta spun off from research performed in Smith’s lab. Smith co-founded Evolv Technology the following year, Echodyne Corporation in 2014, Pivotal Commware in 2015, and Metacept in 2018—all metamaterials-based ventures, running from security imaging to antenna design. Two other spinoffs, Lumotive and Carillon, have launched from Smith’s lab since 2017.

“What has been so compelling—almost addictive—about metamaterials is the ability to exert unprecedented control over the properties of a material or other device,” said Smith.

Getting Your Hands Dirty

A week into his PhD work at Duke, Joseph Andrews found himself behind a local mechanic’s shop, hacking apart discarded tires with a grinding saw—a far cry from what he imagined he’d be doing as a student in professor Aaron Franklin’s nanotechnology research lab. 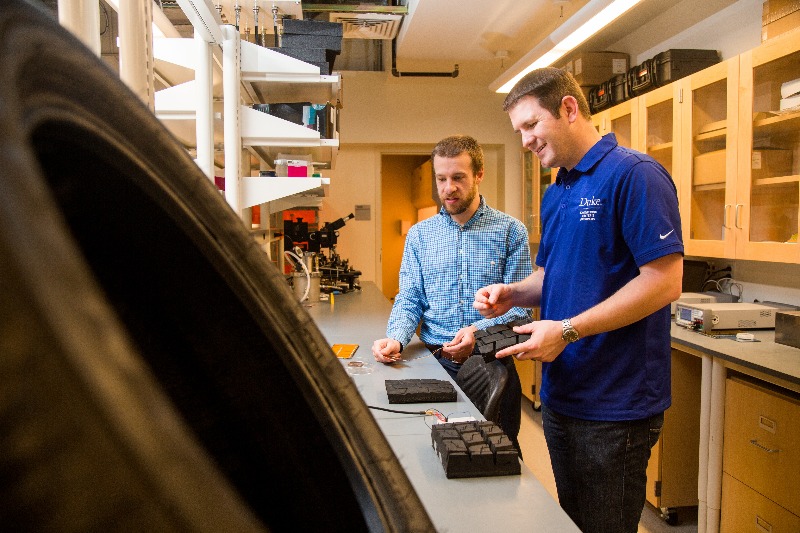 Though not the most glamorous, Andrews’s project—developing printed electronic sensors to measure automobile tire tread—not only funded his space in the lab, but eventually led to multiple patents and a funded startup company.

A week into his PhD work at Duke, Joseph Andrews found himself behind a local mechanic’s shop, hacking apart discarded tires with a grinding saw.

According to Andrews, their invention is pretty simple. It’s a capacitor-based device, which means it measures electrical energy between a pair of electrodes. As the thickness of the material between two electrodes changes, the electric field is also altered, leading to a measurable change in capacitance.

Andrews started with a parallel plate capacitor that used two plates—one in the wheel well and one inside the tire—to measure the material between them. “Of course I was doing good experiments, and moving the plates farther and farther apart until the wheel well plate was removed completely,” said Andrews. “When I did, I got a measurement from a single side, which I didn’t think was possible.” This discovery led to the demonstration of a sensor that can be fully contained within a tire and capable of measuring changes in the tire’s tread thickness.

This kind of capacitance uses electrical field lines that arc, called cross-capacitance. It’s commonly used with technology like touchscreens, but Andrews was the first to apply it toward measuring the thickness of a material. The end product, a sensor with an electrode made using materials such as carbon nanotubes, spun off into a tire sensor company named Tyrata that secured $4.5 million in series A funding last year to develop the demonstrated sensor into a viable product.

For Andrews, it means a credit as lead inventor on several U.S. and international patents. Hopefully, for the rest of us, it will mean the end of jamming pennies into our tire treads to check for wear. 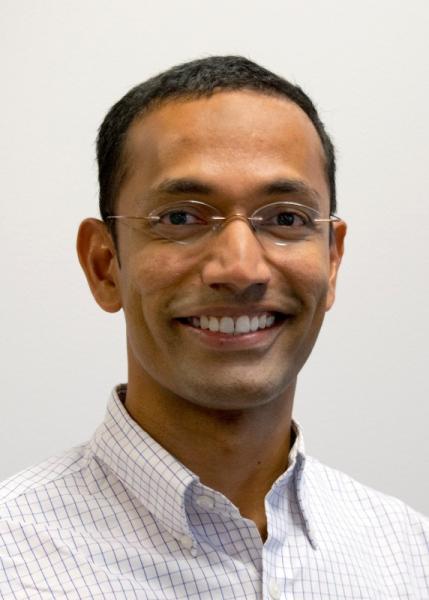 The extra “e” in Baebies, said Pamula, is for “everyone,” signifying that every baby deserves a healthy start. The spelling is a constant reminder of their mission, and who they chose to serve.

In 2019, ECE brought Pamula back to Duke as its first entrepreneur-in-residence. Pamula visits the department monthly to spend time with ECE students and faculty who are interested in starting their own businesses, offering advice in areas including idea development, securing intellectual property, and commercialization of research.

Professor of electrical and computer engineering Daniel Sorin jokes that a computer architect and a roboticist must have never sat down to lunch together before he and George Konidaris did. If they had, they would have soon discovered that they were perfectly suited to start a robotic motion planning company, and gotten a jump on the competition.

“Five years ago I knew zero about robotics... I’m now the co-founder of a robotics company.”

“I met George at the State of the School address. He seemed to be doing interesting work, so we went to lunch,” Sorin recalled. “He was talking about open problems in his field, and one was motion planning, or how to quickly move a robot from Point A to Point B without hitting stuff.”

Sorin told Konidaris that in his own field, computer architecture, the goal was to improve upon processes that were slow, but important enough that they warranted specially designed hardware. 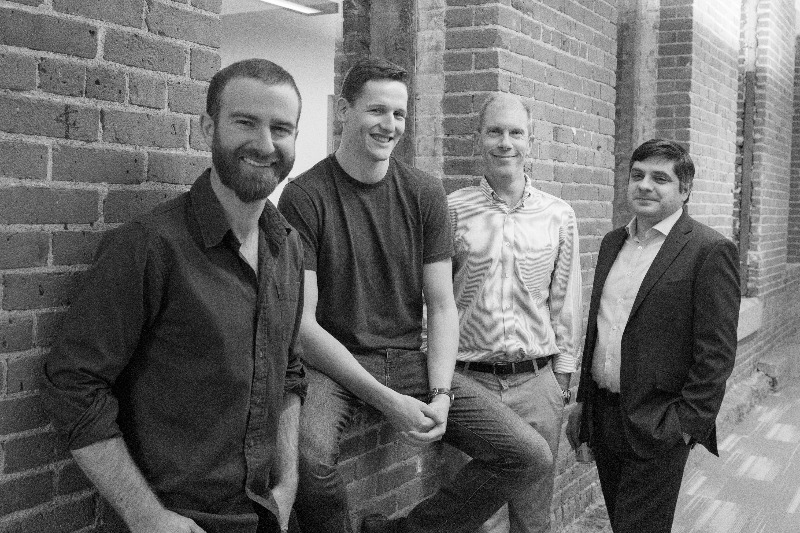 “We looked at each other and thought, ‘Hm, I wonder if anyone has tried this fusion before,’” said Sorin. They quickly determined that no one had.

From there, the pieces seemed to magically fall into place. Two excellent students—ECE PhD candidate Sean Murray and Will Floyd-Jones, an undergraduate double-majoring in ECE and computer science—were looking for projects, and Sorin brought them on board. “But all of us—two academics and two students—we knew nothing about business,” admitted Sorin. 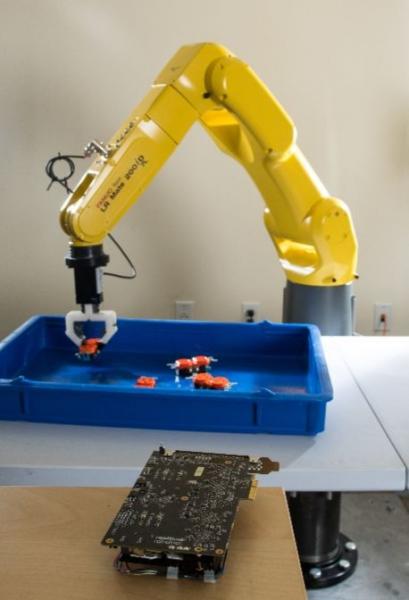 Serendipitously, Duke Engineering had just named alumnus and entrepreneur Bill Walker as the school’s first Mattson Family Director of Entrepreneurial Ventures. “Bill very patiently answered a bazillion questions we had,” said Sorin. “Then we were looking for a CEO, and Bill introduced us to Peter Howard. We knew immediately that he was our guy. All these wonderfully timed occurrences got us off the ground and helped us build our team.”

The team officially incorporated Realtime Robotics in 2016, to develop special-purpose hardware and software that helps machines move through unstructured or dynamic environments like factories and city streets.

Since that time, Realtime has raised funding from key investors including Toyota AI Ventures, SPARX Group and Scrum Ventures. Realtime has grown to over 30 employees in their Boston-based headquarters. They’ve won R&D projects and sold many processors, known as the RapidPlan MPA, with Fortune 50 customers proving out the technology. This year, Realtime seeks to close Series A funding and will further develop RapidPlan.

“Five years ago I knew zero about robotics,” said Sorin. “Thanks to this series of happy coincidences, I’m now the co-founder of a robotics company.”