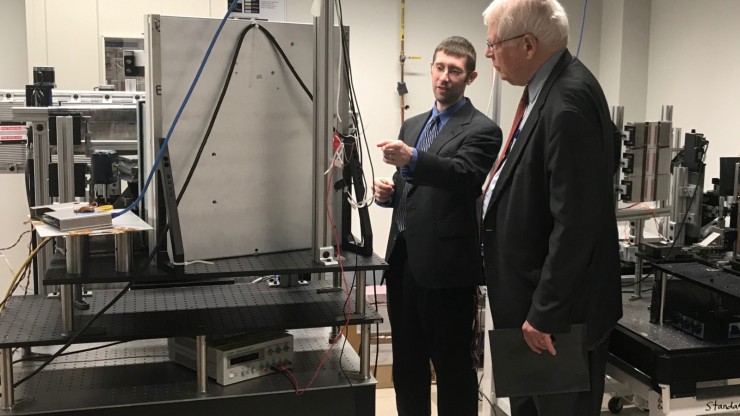 As threats to aviation security evolve, technologies capable of detecting new threats must evolve at the same pace.

As threats to aviation security evolve, technologies capable of detecting new threats must evolve at the same pace—preferably, while causing the least amount of disturbance to travelers and the most value to taxpayers. The goal of the Duke researchers is to use advanced simulation techniques to inform the design and build of a new generation of explosives detection systems for use in U.S. airports. The system uses x-ray diffraction measurements in combination with conventional x-ray transmission for highly accurate, high-throughput baggage screening. 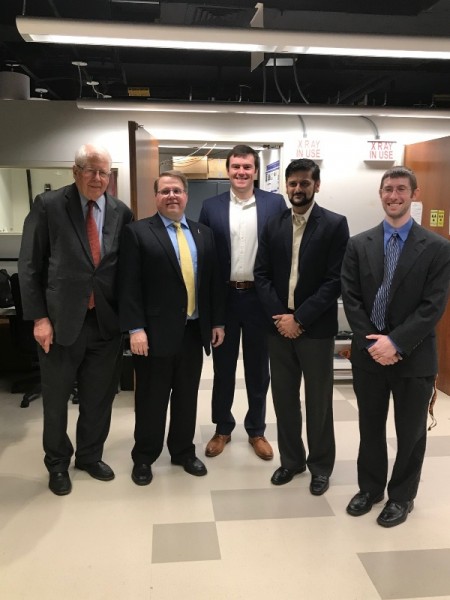 During the researchers’ presentation, Price noted that he sometimes travels with a bag of ground coffee and wondered why it frequently causes him trouble at airport screening checkpoints. Greenberg had the answer.

Because x-ray transmission scanners, which measure the rays passing through an object, cannot always effectively differentiate between substances, a bag of coffee—with its highly-variable density—can be difficult to distinguish from prohibited items via conventional x-ray systems. But x-ray diffraction, which measures the rays’ interactions with the materials passing through the screening checkpoint, could recognize the unique molecular signature of coffee and quickly clear the false red flag to speed a busy traveler on his way. 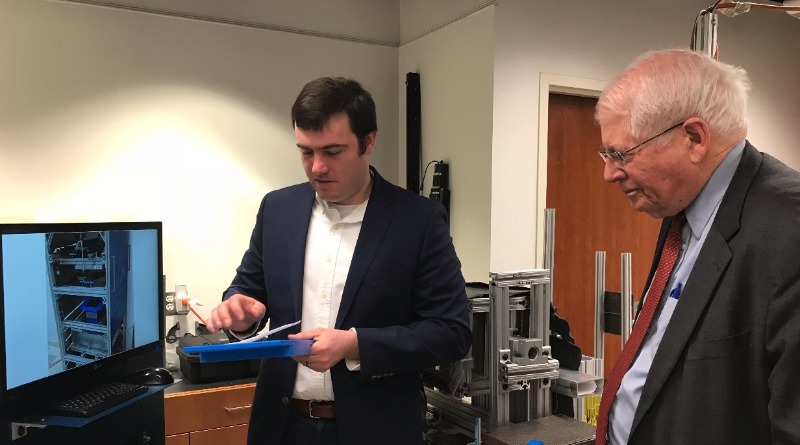 The transmission-plus-diffraction technique holds additional interest for DHS because it can be applied to other classes of materials. For example, it can help differentiate between harmless drugs like aspirin and potentially lethal opioids entering the US from other countries—opioids which, Kapadia noted, might look like aspirin, or might bear a resemblance to ground coffee beans when viewed using conventional x-ray transmission imaging methods.

The Duke team can design a more accurate and cost-effective screening system by simulating the contents of tens of millions of virtual duffels and suitcases before shipping a physical system—an expensive endeavor in terms of both time and money—to a government lab for certification, added Gehm. Currently, a system might be tested on hundreds or thousands of bags, but it’s a small sample considering that 2.7 million people fly in and out of U.S airports every day, most of them carrying luggage. Simulations give developers a bigger pool of data and a better idea of what is likely to alarm the system.

“We’re standing on the shoulders of existing technologies,” Greenberg told Price, “but we can do a better job of getting past the clutter."