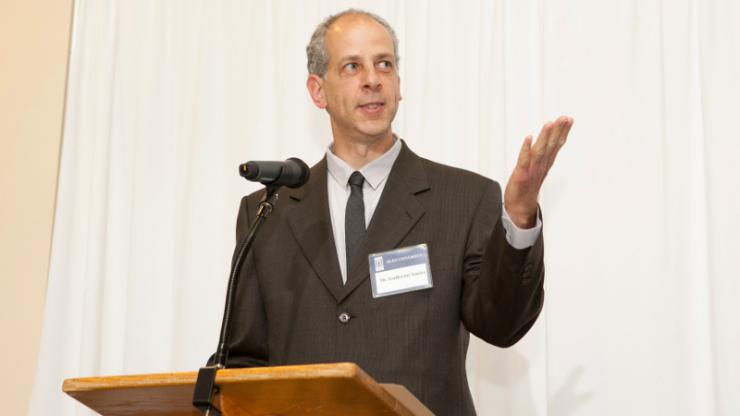 Guillermo Sapiro, the Edmund T. Pratt, Jr. School Professor of Electrical and Computer Engineering at Duke University, has been named a Fellow of the American Academy of Arts and Sciences. Sapiro’s research focuses on developing theories and applications for computer vision, computer graphics, medical imaging, image analysis and machine learning.

For example, he is working to piece together a complete picture of the synapses in mammalian brains and developing MRI technology that can directly detect neuroelectric activities in the human brain. He is also one of the leaders in a campus-wide initiative to create an app using the Apple ResearchKit that could expand autism screening and enable earlier diagnosis and intervention and is developing smart algorithms that bring clinical expertise in image interpretation for cervical cancer screenings to the community level.

“This is an honor that recognizes the outstanding team I have been privileged to have for over 20 years, from students to colleagues,” said Sapiro. “I am just representing all of them in receiving this honor.”

Sapiro has also received the Presidential Early Career Award for Scientist and Engineers (PECASE), the National Science Foundation Career Award, and the National Security Science and Engineering Faculty Fellowship. He is also the founding editor-in-chief of the SIAM Journal on Imaging Sciences.

Founded in 1780, the Academy honors exceptional scholars, leaders, artists, and innovators and engages them in sharing knowledge and addressing challenges facing the world. The academy elected 213 members to its 238th class on Wednesday.