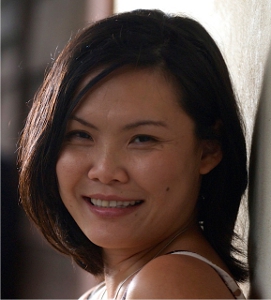 That’s a connective thread through everything I do— it’s bringing together diverse groups and perspectives to solve problems. It’s a bit of the engineer in me, because engineers can’t do their work alone—they have to draw on multiple perspectives in a team.

Tell me about the Coach K Center on Leadership and Ethics.

The Center’s mission is to redefine leadership and develop leaders for emerging global challenges. We’re all about empowering leaders of consequence, which includes students as they are growing in their leadership journey as well as those who are in positions of influence—CEOs and leaders in government, military and the social sector. When we get these types of leaders together, we find that they create a tremendous energy and generate a number of interesting insights that can help make significant impact if shared more broadly across disparate fields and disciplines. We live in a world where the problems are so complex that no single person, industry nor sector alone can solve them. Collaborative leadership is the key.

That’s quite the career jump from being an undergraduate in biomedical engineering. How did you get into leadership and ethics?

I was pre-med as an undergraduate student at Duke because I love helping people, but during my senior year, I decided that I was not a good fit for medicine. I worked in a xenotransplantation lab after graduation because I love the science, but I didn’t feel like that was a good fit either because I love engaging with people and drawing and connecting ideas from diverse groups.

Then, during a medical mission trip to Honduras that same year, I started exploring the connection between medicine, ethics and societal good and reflecting on a bioethics course I had taken during my senior year at Duke. I moved to Washington, DC, where I landed a job with the American Association for the Advancement of Science to look at the ethical, legal and societal implications of scientific advances—like Dolly before cloning became a reality. And to do that, you have to connect people from across different fields like media, policymakers, scientists, lawyers and religious leaders.

And from there, you found your way back to Duke?

First I almost went to law school at Georgetown University. But a chance encounter with a stranger convinced me that I should be looking into business school instead. He said lawyers try to find all the reasons why something is risky and shouldn’t be done, and I wanted to make things happen.

So instead, I enrolled in the Cross Continent MBA program at Duke. What attracted me to the program were the international exposure—I had 100 classmates representing 27 different countries, and the opportunity to learn how to lead and build trust in teams with minimal face-to-face interactions. I felt that was the path of the new workplace and in the program we had one week of face-to-face instruction and getting to know our team members, and seven weeks of virtual engagement, while being scattered all around the world.

That’s a connective thread through everything I do— it’s bringing together diverse groups and perspectives to solve problems. It’s a bit of the engineer in me, because engineers can’t do their work alone—they have to draw on multiple perspectives in a team.

After graduation, I helped run Fuqua’s Center for Customer Relationship Management Research, which was a relatively new marketing field, for a year before being asked to help start the Coach K Center.

How has your BME degree from Duke helped you build the Coach K Center into what it is today?

When I was at Pratt, biomedical engineering was a relatively new field, and I loved the interdisciplinary aspects of it because I find the most innovative things happen at the interstitial spaces. I learned how to bring different approaches to a problem and got to hone that skill. I also learned how to analyze a problem and the value of leadership and teamwork.

Engineering isn’t just abstract, you’re actually applying your knowledge base, and that’s what I love about it. I love building stuff—I’m an entrepreneur at heart. But even in business, you’re not just creating things in silos, you have to actually scaffold out and understand what else is happening in the space. You’re connecting and putting puzzle pieces together with other teams, so it’s not just you—it’s integrating with other people, whether they are other developers or end users.

Another major aspect of engineering is designing through failure and learning from mistakes. Can you tell me about one of your biggest failures and how you learned from it?

When we’re young, we tend to look at titles as attributes of success. When I was with the AAAS, I fueled my love for connecting ideas and writing, and joined the National Association of Science Writers. NASW had a mentoring program that I participated in. I was 24 and was hoping that I’d get the science editor of the New York Times or the Wall Street Journal, so I was disappointed when I got one of the top members of the science news communications team at the University of Wisconsin-Madison.

Without realizing how great their communications office is nor understanding how that mentor can help, I called the mentor program coordinator to see if I could change my assignment. Without understanding the landscape, I had failed to learn and understand the value that a potential mentor can bring. Fortunately, NASW pushed back, telling me that my mentor is one of the most seasoned and effective mentors in their organization and how incredibly lucky I was to have been assigned to him Because of his mentorship, not only was I able to navigate that world, get in a variety of publications, including being a contributing editor for IEEE Spectrum, but I also learned how to be a mentor and add value to others.

The lesson is that we tend to look at titles, but those don’t really tell you much about the person behind them. When it comes to being a mentee, you have to understand what you need to grow, be open to possibilities and learning from different people, and then understand what a mentor has to offer as well as how you can add value to the relationship. It’s relational rather than transactional.

How to be an effective mentor and mentee and connecting that with building a strong culture in an organization is something I coach on and will write about quite a bit.

That’s a great tidbit of advice. How might engineering students and alumni get more?

I have published thought pieces and advice on leadership, building culture and mentoring in the Wall Street Journal, and am a Forbes contributor. One of the best ways for students and young alumns to join me in conversations like this is through a Huffington Post series I just launched called #ExceptionalCareers. It’s a series of articles that takes anecdotes and advice from some of the world’s greatest leaders and tries to redefine what a successful career looks like. And an exceptional career is not solely defined by the title or salary, but by a larger set of factors that lead to career satisfaction. It is one marked by service, growth, purpose and meaning. I hope you’ll join in the discussion!