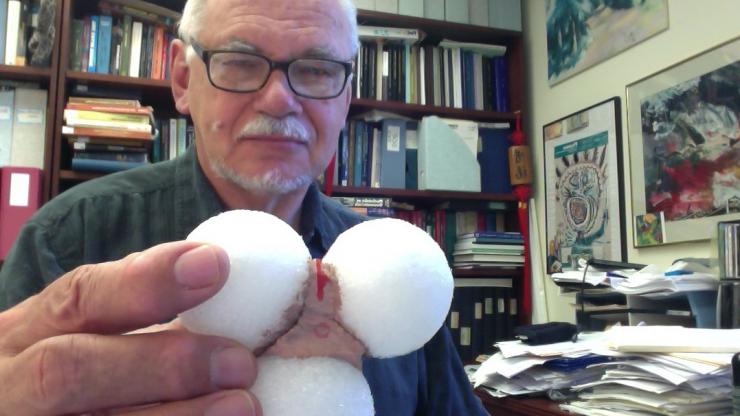 The Leaning Tower of Pisa owes its perilous angle to the weak subsoil its foundations were built upon, back in the 12th century. Its tilt, which worsened gradually until modern engineers arrested it in the late 1990s, is a good example of how incremental changes in geomechanics can add up to big impacts over time.

Understanding the mechanics of earthen materials, and their interactions with everything else—fluids, the atmosphere, mines, natural resources like oil and gas, and even structures like bridges, houses, and landmarks like the tower in Pisa—is the specialty of Duke civil and environmental engineering professor Tomasz Hueckel.

Now, Hueckel and fellow Duke CEE faculty member Manolis Veveakis, both experts in multi-physics geomechanics, will use an $800,000 grant from the Department of Energy to determine how physical and chemical processes deep inside the earth might interfere with or degrade nuclear waste storage facilities, and how engineers might best mitigate those effects.

Storing nuclear waste poses unique challenges, to say the least. A decommissioned fuel rod is still highly radioactive as it languishes for ten years in a cooling tank; even after its sentence in the tank has been served, it registers a temperature of around 215 degrees Fahrenheit, and the time it will take to reach a point when it is no longer dangerously radioactive is some 10,000 years away.

Currently, most nuclear waste is temporarily housed around the plant where it was produced—but those locations are vulnerable, as illustrated by the 2011 meltdown in Fukushima, Japan, following a devastating tsunami that flooded the nuclear plant site with salt water. A safer place to store nuclear waste, according to Hueckel, is between a quarter-mile and a half-mile below the earth’s surface. 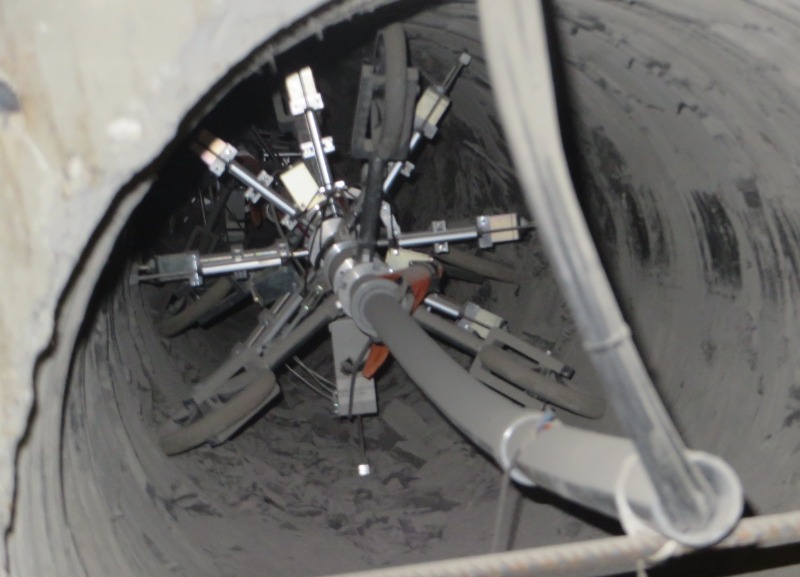 For decades, nuclear-capable countries around the world have been busy designing deep earth repositories for their waste. Each design varies, but many of the proposed features are the same: a vertical tunnel provides access to an array of chambers or galleries, each lined with pellets or bricks of bentonite clay, or other crushed or pulverized rock; cracks between the bricks are filled with more clay, then wetted to tightly seal the whole construction. The waste itself is encased in thick titanium or stainless steel canisters, and each canister is inserted like a plug into a single chamber, where its multiple barriers keep it isolated from human and environmental interactions far into the distant future.

But, says Hueckel, the steady heat emitted by the nuclear waste has a disturbing effect on the surrounding rock; after only a few hundred years, it may dry and crack, crumbling the protective barrier and allowing radionuclides to migrate toward our ecosphere.

Other geochemical processes could also degrade the barrier materials—corroding the metal canisters or transforming the clays.

“With the new grant, we are charged with understanding how temperature and pressure contribute to drying and cracking in the planned repository, and what kinds of remedies we can propose,” said Hueckel.

One approach takes inspiration from ancient inventors, who mixed mud with animal hair to reinforce the floors of their stables. Hueckel plans to tests the same technique, replacing animal hair with modern nano- or micro-sized fibers.

He’s also looking at ways to arrange the elements of the engineered barriers in a way that induces shear cracks instead of more detrimental tensile cracking. “In many places where you see inclined cracks in materials, like in an iceberg, the two surfaces slide past one another—but they don’t open up,” Hueckel explains. “It could reduce the potential for radionuclide migration.”

Hueckel and co-PI Veveakis, both of the Duke Multiphysics Geomechanics Lab, will be joined in their new research endeavors by French research scientist Bolo Mielniczuk and Alexandre Guevel, research assistant and PhD student in Duke’s Civil and Environmental Engineering graduate program. The study will be headquartered at Duke, with collaborators at Lawrence Berkeley National Laboratory, a Department of Energy entity managed by the University of California, Berkeley;  a Soil Mechanics Lab of École Polytechnique Fédérale de Lausanne, headed by Lyesse Laloui; and a group at the University of Montpellier, France, headed by Saïd El-Youssoufi.