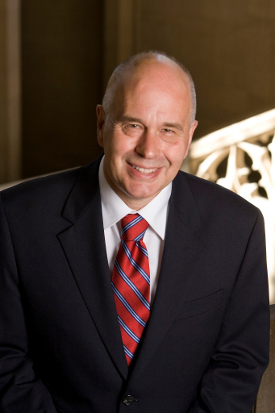 Robert Calderbank, professor of electrical and computer engineering and director of the Information Initiative at Duke University, has been awarded the 2014 Institute of Electrical and Electronics Engineers (IEEE) Communications Society Award for Advances in Communication. The honor is given each year to a paper appearing in an IEEE Communications Society publication within the past 15 years that opens new lines of work, envisions bold approaches to communication, formulates new problems to solve and essentially enlarges the field of communications engineering. The award is judged on quality, originality, novelty and impact, and will be presented in December at the 2014 Global Communications Conference in Austin, Texas.

The winning paper titled, “Space–Time Block Coding for Wireless Communications: Performance Results,” was published by Calderbank and his colleagues in 1999 while he was director of the Information Sciences Research Center at AT&T Labs-Research in Florham Park, New Jersey. The research documented the considerable improvement in performance that can be obtained using space-time block codes to transmit data in several streams using several antennae. The technique sends several data streams of information simultaneously and combines the least corrupted segments of each in an optimal way to provide signal redundancy. These space-time codes achieved significant error rate improvements over single-antenna systems and have been incorporated in a broad range of wireless standards wireless standards including UMTS, IEEE 802.11n, IEEE 802.16 and IEEE 802.20.