Thanks to a generous gift from Duke alumnus Alan L. Kaganov, BSME’60, and his wife, Carol M. Kaganov, the professorship is the first to be endowed through The Vinik Faculty Challenge Fund, established in 2012to help Duke recruit and retain world-class professors who focus on challenges in engineering and related areas, including energy, medicine and the environment. Investing in core faculty is one of the key priorities of Duke Forward, the $3.25 billion university-wide fundraising campaign. 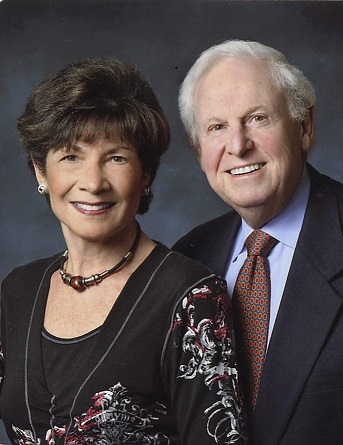 “Carol and I are strong believers in the Pratt School of Engineering and the biomedical engineering program, and we’re proud of the hard work the administration and faculty do to move the school and its stature forward,” Alan Kaganov said. “This gift is our way of recognizing that Pratt is doing great things.”

A partner at U.S. Venture Partners, located in Menlo Park, CA—which he joined in 1996 after 25 years of operating experience in the health care industry—Kaganov now focuses on investing in promising medical devices, drug-device combinations, drug-delivery systems and biopharmaceuticals. Holder of 15 U.S. patents, he has served on the Pratt School’s Board of Visitors, which honored him with a 2005 Distinguished Alumnus Award.

“Alan has been a trailblazer in the field of biomedical engineering, and this gift is a wonderful way for us to give back to his alma mater and help Duke biomedical engineering students gain an outstanding education in a field that’s given him such a great career,” said Carol Kaganov, a former writer and editor and now an active Bay Area volunteer who was recently named the San Francisco Symphony’s Volunteer of the Year.

“The Kaganov professorship is a wonderful example of how the Duke Forward campaign is supporting faculty excellence, interdisciplinary research, and an exceptional student experience—and Monty Reichert is an ideal choice to be its first recipient,” said Tom Katsouleas, the Pratt School’s Vinik Dean of Engineering. “Dr. Reichert’s work on biomaterials and wound healing has implications for everything from implantable sensors to vascular grafts.”

Reichert’s work has touched on many areas of biomaterials—including biosensors, vascular grafts, neural electrodes, immune-cell migrations and more recently, self-healing biomaterials—and his research in protein-mediated cell adhesion, biosensors and wound-healing has received continuous NIH funding since 1984. In 2010, he was honored by the Society for Biomaterials with the Clemson Award for Basic Research in Biomaterials. 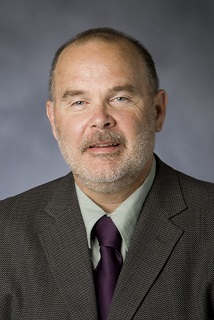 “It is an honor to be named to the Alan L. Kaganov Professorship of Biomedical Engineering, particularly because both Dr. Kaganov and I are committed and vocal supporters of the value of mentorship,” said Reichert, who joined the Pratt faculty in 1989 and now serves as associate dean for Ph.D. education and diversity. “We have both benefited from the wisdom and support of our colleagues and superiors, and have strived to pay these experiences forward by mentoring others.”

It’s also important to recognize the statement the Kaganovs’ gift makes to the school, Reichert said. “Their investment of time and treasure to establish this professorship is an unambiguous recognition that Pratt is on the correct trajectory.”

“Penny and I were very pleased to learn of the Kaganovs’ generous gift accepting our challenge to create this professorship,” said Jeffrey N. Vinik, BSE’81, who with his wife, Penny, established the Vinik Faculty Challenge Fund. The $10 million, dollar-for-dollar matching fund will be leveraged to create up to 10 full or associate professorships at Pratt.

“Endowed professorships are essential to helping Duke build on its excellence by recruiting the world’s top engineering luminaries, as well as retaining and recognizing the most deserving faculty,” Vinik said. “We are grateful to the Kaganovs, and proud that Dr. Reichert has been selected to be honored for his outstanding contributions to undergraduate and graduate teaching, mentoring, and research.”

An investiture ceremony will be held on March 4, 2013 to formally announce the professorship and Reichert's appointment.