Imagine someone using either "y'all" or "youse guys" to refer a group of 2 of more people. Is one term more acceptable to you than the other? If you use these terms, you have likely encountered people who look down on you for doing so. If you purposefully do not use these terms, you might have considered them with disapproval. However, disapproval shows us a small example of language prejudice. Often championed as protecting correctness in speech, language prejudice is really a scapegoat for one more aspect of implicit bias in US society. To put it simply, language prejudice IS prejudice. Acknowledging this type of discrimination as racial prejudice and/or xenophobia is crucial in creating systemic change with inclusion and equity for all. 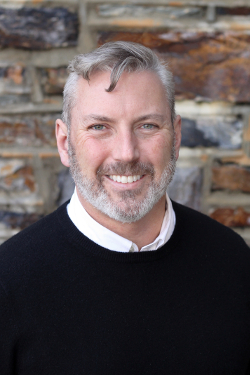 Did you know that there are linguists and other language experts who work at the Pratt School of Engineering? There are! Most of us work in Graduate Communications and Intercultural Programs (GCIP). Beyond preparing Pratt students to excel in engineering, we also want to ensure that they will be excellent at communicating about the work they conduct here. For that reason, linguists, like me and my colleagues at GCIP, are part of the great engineering community we are all fortunate to call home here at Duke.

While the general extent of my work in language at Pratt is to help ensure success for our graduate students as they prepare presentations and write theses, articles, and cover letters, the issue of language and engineering is a complicated one for many within our community.
Over the past year, the intense pressure and stress of the COVID pandemic in combination with blatant acts embodying systemic racism and inequity rapidly brought the question of race and equality to the center of national discourse, even though that had never ceased being in forefront of People of Color's minds. As U.S. society at large has come to examine the biases we bring to each situation in our everyday lives, one of the most overlooked aspects, and yet one that is probably one of the most rife with bias, is language.

International students at Duke are well aware of this. They often face extra scrutiny about their academic ability when their English is not "perfect." Peers and professors may question their ability to do work based solely on the fact that their English may not always be clear at first. However, language bias is very prevalent in all academic settings—not only for international students, but for domestic ones as well. For most marginalized people this is far from a new realization, but in the spirit of helping to raise awareness for those who have not considered this issue, I offer these thoughts on language and bias and what they might mean for Pratt.

Language is one of those funny things. Everyone speaks or signs one, and in doing so, usually feels like they are an expert in how language works. However, you can drive a car and not necessarily understand how a car moves forward once you start the ignition. Linguists devote their time and life's work to understanding how language works by studying it scientifically, and sociolinguists, in particular, by understanding how it is perceived. One question linguists often hear is about the importance of speaking "correctly." This idea is called prescriptivism—the notion that there is a correct (and by association, an incorrect) way to talk. You'll hear it pop up in many different ways.

Whenever language gets established, it is constantly renegotiated. This is because it's not monolithic. Large groups of people speak languages and everyone is a stakeholder, so anyone can make a contribution. Also, ALL speakers of ALL languages are intrinsically lazy and will often make difficult-to-say phrases or words easier to say. I don't use the word lazy to characterize any dialect or aspect of an individual or group's speech that way, but rather I use it to consider the corners any speaker of any language will cut to get to the goal faster. Think of it like water pouring down a mountain; it's going to take the path of least resistance. In language we call this "ease of articulation." If something is difficult to utter, people will find a way to simplify it without thinking.

An old chestnut often reappears when talking about the moving of a sound for ease of articulation. The word "ask" is often pronounced as "aks" (said like 'axe'). This happens because the combination of "s" and "k" coming at the end of a syllable is not only more difficult to articulate, but also statistically not as common as the combo of "k" followed by "s". However, for many people this sound change is not acceptable. While these two versions of pronouncing this word have been around in free variation since Middle English, in current times, "aks" gets a bad rap because it is seen by many as uneducated and for that reason, unacceptable. It also must be mentioned that "aks" is also seen as a feature of African American English, although this perception (as with many of the biases around language) is not true for all Black speakers, and, in addition, the "aks" pronunciation is often a feature for people who do not speak African American English (think of the NYC metro area). For many prescriptivists, this form evokes a reaction like nails scratching a chalkboard (if anyone remembers what that sound was before the days of whiteboards).

However, take for example, the word "realtor." Many people find the combination of the vowels "e" and "a" (which sound like "ee" and "uh") in juxtaposition with the vowel-like consonant "L" to be very difficult to utter. So, they take the "L" and move it between the vowels to get a pronunciation that sounds like "ree-lah-tor." They move this one sound to a different position to make it easier to say, and while that may bother some language purists (prescriptivists) it's generally accepted that some people say "real-tor" and others say "re-la-tor." It might be annoying to some, but others might not even notice. In general, it doesn't affect what people think of that person or their intelligence.

So, why is it people can recognize that sound changes can occur in various words and some can be seen as acceptable and some as unacceptable? This is an example of language prejudice. The examples cited before are not that different, but garner different perceptions due to other underlying biases. The fact that "aks" is seen as "Black speech" or African American English overrides the fact that it is not that different from "re-la-tor," which is not associated with an ethnic variety of English. Wolfram (2013) suggests that language prejudice is actually a proxy for other prejudices. In other words, language, seemingly distanced from ethnic prejudice, becomes an avenue where that prejudice is allowed to raise its head without sounding overtly racist or prejudiced. However, it's not the language that's an issue, but rather, underlying discriminatory currents gain expression under the mask of "language incorrectness."

Although the analysis of language is not necessarily part of the course of study for most engineers at Pratt, and most engineers are not language experts (although some are!), as I mentioned earlier, everyone does speak or sign a language. With that ability comes also the responsibility to consider the waters we are all swimming in. Additionally, as engineers are experts in analysis, the duty to be aware of the bias suspended in our waters is also incumbent upon us all. In these days of actively working against racism and xenophobia, it becomes more and more important for us to recognize microaggressions that are being "sneaked in" under the guise of language and to confront them. This not only helps us understand our languages better, but also helps us build our community stronger.