A gift from Suzie W. and Fred M. Fehsenfeld Jr. has funded a new professorship in honor of senior associate dean Judge Carr and completes the $10 million Vinik Faculty Challenge.

The new named professorship was made possible by a generous gift from Suzie W. and Fred M. Fehsenfeld Jr., who earned a degree in mechanical engineering from Duke in 1973. The professorship was named for Robert W. “Judge” Carr Jr. E’71, senior associate dean for development and alumni affairs at Pratt, who has dedicated nearly 25 years of service to Duke. 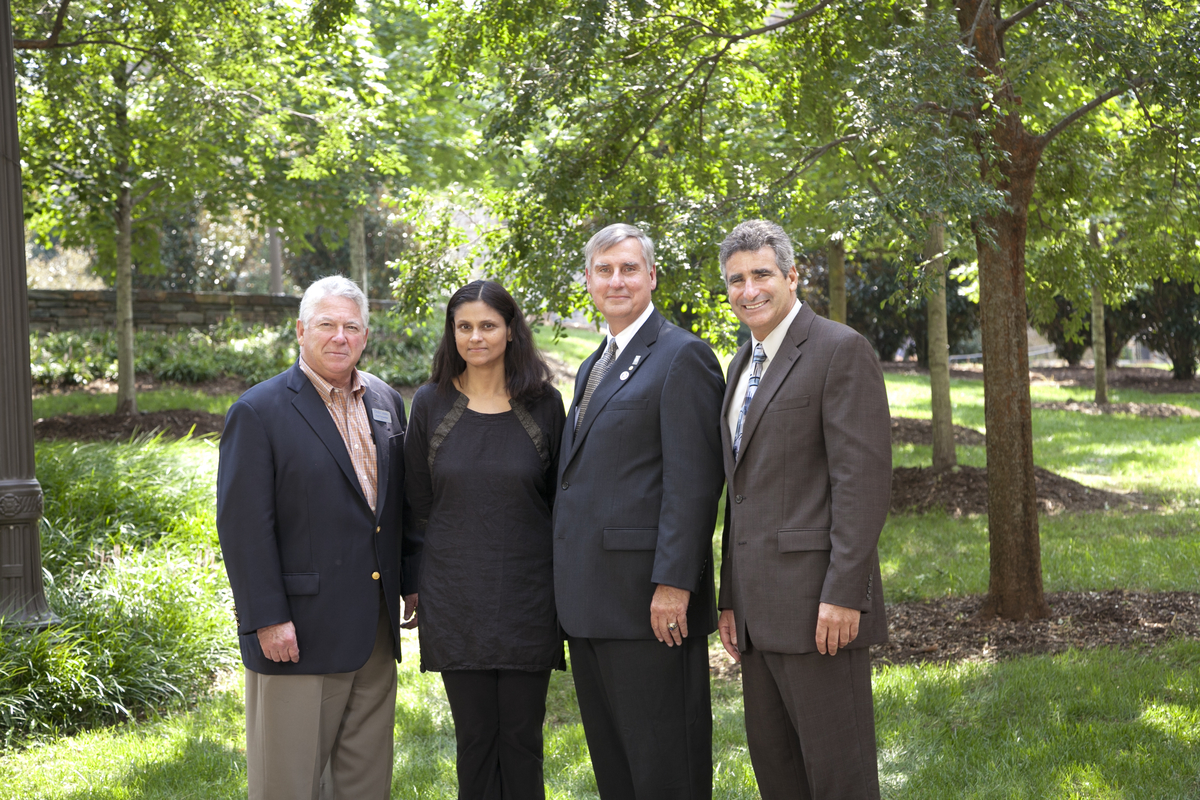 Ramanujam, the inaugural holder of the professorship, researches novel optical spectroscopy technologies to identify cancerous tissue. She also founded the Global Women’s Health Technologies Center, which is dedicated to fostering research, training and education in women’s diseases both at home and in developing nations.

The Fehsenfelds’ gift will be matched through the Vinik Faculty Challenge Fund, a dollar-for-dollar matching fund earmarked to create 10 associate or full professorships dedicated to addressing problems that affect quality of life. The Carr Professorship, along with two more gifts that have recently been finalized, marks the fulfillment of the $10 million challenge.

An Investiture Ceremony took place on Friday, September 19, in the lobby of the Fitzpatrick Center at Duke University.

“I couldn’t be more pleased with Nimmi’s selection to be the first recipient of this professorship,” Fehsenfeld said during the investiture ceremony. “She is a rare individual—brilliant technically and driven to make a real difference in the world, but also humble and gracious.”

Ramanujam joined Duke’s faculty in 2005 and quickly established the Tissue Optical Spectroscopy laboratory, which seeks to develop faster, more accurate ways of detecting cancerous tissue. For example, by shining light on tissue and measuring how wavelengths are scattered or absorbed, clinicians could determine in real time whether or not they have successfully removed all of a patient’s cancerous tissue during a surgery. 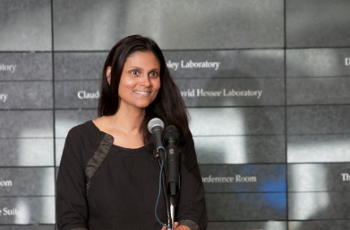 Ramanujam also focuses her energy on making existing technologies better suited for use in developing nations. One example is a hand-held colposcope that can connect wirelessly to a tablet or smartphone so that women can take pictures of their own cervix and send them to their physicians, eliminating the need for a physical exam at a potentially distant clinic.

“I had an opportunity to meet Fred Fehsenfeld in the spring,” said Ramanujam. “We talked for several hours about everything from women's health to education to elephant migration in East Africa. I felt that I had met a kindred spirit!

“It was a really pleasant surprise and quite an honor to be selected to be the first recipient of this professorship,” she said. “And it means even more knowing that this was established by the Fehsenfelds in honor of our very own Judge Carr.”

Carr graduated from Duke with a civil engineering degree in 1971. After 18 years working in the construction business, he returned to his alma mater as assistant director of development and took charge of the engineering school’s Annual Fund, which raised roughly $500,000 per year at the time. Twenty-five years later, the Annual Fund now exceeds $3.4 million in gifts per year, and Carr continues to build the program. 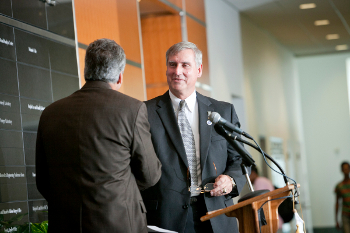 “It was a shock and a surprise,” said Carr of the moment when Fehsenfeld announced his intention to name the professorship after him. “I had no idea what he was doing until after he’d done it. Truthfully, I was speechless and humbled.”

“Judge Carr walks his talk and has been a longtime supporter of the whole Duke University system,” said Fehsenfeld during the investiture ceremony. “My family has a passion to recognize people we refer to as unsung heroes, and Judge is the heart and soul of Duke engineering for so many alumni. This recognition is richly deserved.”

Carr cites two achievements as his proudest moments during his tenure raising funds for Duke engineering. The first was a scholarship matching program provided by John Chambers, in which the school was able to raise 20 new $100,000 scholarships in a single month. The second was helping to find donors to fund 10 new professorships in less than two years to match the $10 million gifted to the school by Jeffrey N. Vinik and his wife, Penny.

The Fehsenfelds’ gift marks the eighth professorship funded by the Vinik Challenge, and Carr confirms that two additional gifts yet to be announced will complete the Viniks’ vision for 10 new associate or full professorships dedicated to addressing problems that affect the quality of life. 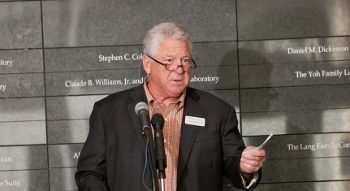 “I am pleased and excited that Duke has been able to complete the challenge I set forth to hire more of the impressive faculty members I’ve come to expect from the engineering school,” said Vinik, who earned an engineering degree from Duke in 1981 before receiving an MBA from Harvard Business School in 1985 and founding his own asset management firm. “It says a lot both about the engineering school and its alumni that they were able to find 10 more donors and fill 10 professorships in less than two years.

“Nimmi is an extremely deserving candidate,” Vinik continued. “It is faculty members like her that are the key to providing students with an exceptional educational experience both in the classroom and in the real world. It's critical that we continue to invest in the fields and in the people who will shape the world's future.”