What is it like to study quantum computing at Duke? 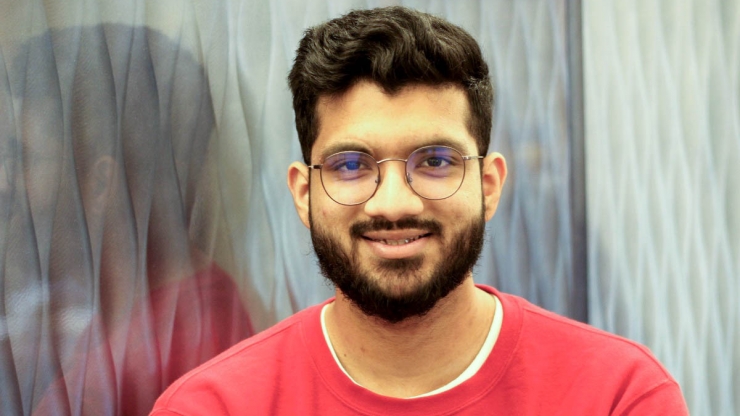 What sparked your interest in quantum computing?

In high school, I belonged to a research center in Bangalore. It was run by professors, and the premise was that you explored whatever interested you and they would provide guidance when you got stuck. For me, this was a better route to prepare for college than the prep courses that all of my peers were taking--the self-guided nature of the research center was a much better fit for me.

There, I learned calculus and linear algebra and moved toward problems in quantum mechanics, then statistical mechanics. At the same time, I was also quite interested in computer science and enjoyed working on programming side projects. It was around this time, I was trying to decide whether I wanted to stay in India for my undergraduate studies, or come to the US. If I had decided on computer engineering, I might have made the decision to stay in India. But I also really love studying physics and the “pure science” side of things, also. So I was asking myself, how might I satisfy both?

Then in the summer between my junior and senior years, my mentor told me about a new field—new to me, anyway—that was up-and-coming: quantum computing. He sent me some articles and papers. I read them and said, “Wait, this sounds great!” It’s based on quantum mechanics, but being applied in computer science, so it synthesized my interests.

So, when I applied to universities, I applied only to places that had quantum computing programs.

What kind of experience did you get as an undergraduate?

I worked with Robert McDermott at the University of Wisconsin-Madison, who does research in superconducting qubits, for a couple of years.  Working in his lab, I learnt a lot about the experimental and physics side of quantum computing. I was also selected to be a part of research workshop at the Institute for Quantum Computing called USEQIP (Undergraduate School on Experimental Quantum Information Processing), which gave me a good foundation on quantum computing through lectures and labs on various topics in the field. During that time, I interned at Microsoft in the capacity of a software engineer over multiple summers, but got to interact at length with their quantum computing group.

Through these experiences, I realized that I was more interested in the computer science aspect of quantum computing. That side focuses on the layers above the hardware– control, compilers, programming languages and applications.

The general feeling was that there was a good group forming around quantum information.

As an undergraduate, I already knew I wanted to continue my studies in graduate school. I spoke about my interests to my colleagues at Microsoft and to the professors I met at USEQIP and during my undergraduate studies, and learned which university had faculty in the computer science realm of quantum computing. A lot of these people pointed to Duke. Jungsang Kim was here, and Kenneth Brown had just moved here. The general feeling was that there was a good group forming around quantum information. And, Ken and Jungsang work across the stacks, at both the experimental level and the programming level, so I knew I would find projects of interest to me.

I was looking for that strong university-industry connection. That, along with the flexibility of the coursework, which gave me a lot more bandwidth for research, made Duke the best fit for me, in the end.

Finally, Duke was well-connected to other universities leading quantum computing efforts, specifically the University of Chicago and University of Maryland, which are both  part of STAQ (the Software- Tailored Architectures for Quantum Codesign, directed by Ken Brown). I want to work in industry later, so the recommendations from my industry colleagues were quite helpful—I was looking for that strong university-industry connection. That, along with the flexibility of the coursework, which gave me a lot more bandwidth for research, made Duke the best fit for me, in the end. 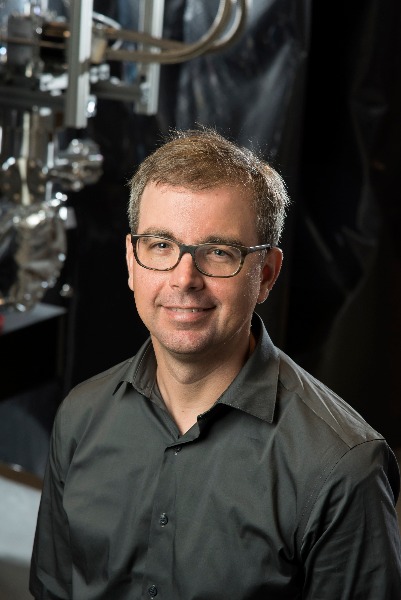 It’s great. Ken is hands-on when you need his advice and direction, and hands-off when needful. And he’s very supportive. When I spoke to him before joining the lab, I asked what I needed as far as prerequisites or extra classes. He said, “That’s not the way I work. Tell me about the skills you have, and we’ll work out a project that suits you.” I really liked that. I think it’s a fantastic way to approach research—working with the strengths that each student brings to the table.

It’s a very collaborative lab. You often work with people with various areas of expertise and experience which leads to an enriching learning experience about various aspects of the field. When you have questions, everyone is accessible.

What are you researching here at Duke?

I’m working on automating experimental controls for ion-trap systems. Right now, we are running ion trap experiments that requires manual calibration, meaning that there’s an experimentalist who calibrates the signals, the frequency of the laser beams—all of that—with software each time we run the experiment. It’s very time-intensive, and Ken has a vision of automating it. There is a framework called artiq, a control system for quantum information experiments, and I am working with a couple of PhD students to develop a program using artiq to automate and abstract our calibration and experiments.

I feel that these programming skills are transferrable—the challenge of making experiments more efficient is being tackled in industry as well. We’re heading toward better physical systems, and we’re coming close to being able to run operations on them, and the stacks need to be able to keep up. And because the work exists between two layers—the high-level language of the compiler and the hardware—I’ve gotten a better understanding of those aspects of quantum computing, too.

The field is pretty small, compared to other disciplines, and there are a small number of affluent companies working to establish quantum dominance. What’s your outlook on employment, for when you finish your degree?

It’s hard to predict, but right now things seem to be going well. There’s a wave building and the field seems to be riding high. There have been huge breakthroughs over the past couple years, like the recent Google paper on quantum supremacy.  These are a few reasons why, right now, companies seem to be willing to hire people in the field.

Although the field has a long way to go, the future seems bright.

The food is really good. The weather, compared to Wisconsin, is a huge relief. It’s December and I’m wearing a short-sleeved shirt!

Any advice for students considering a master’s degree at Duke?

My biggest piece of advice would be to find an area that really interests you and reach out to faculty at Duke who are working in that area. Their advice and insights will definitely be helpful in making an informed decision. Secondly—keeping an open mind and your appetite for learning will go a long way while pursuing graduate studies.