Programming from the Deep End 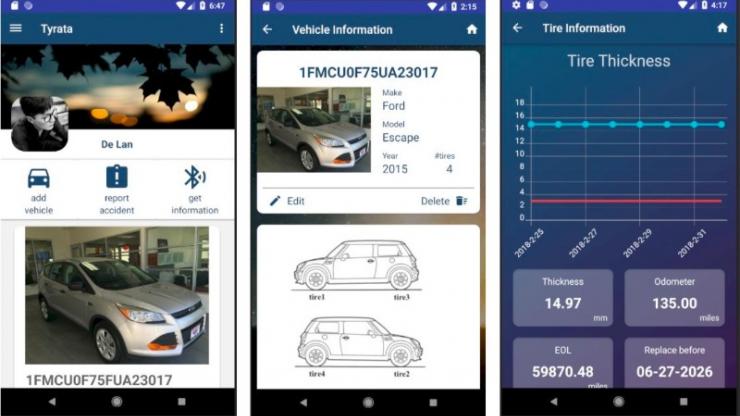 Though he’s now on the faculty of Duke’s Pratt School of Engineering, Ric Telford spent most of his career working his way up the chain of command at IBM. He started as a software developer and retired in 2015 as Vice President of Cloud Strategy, where he prototyped and piloted new technologies and business models for the software giant. 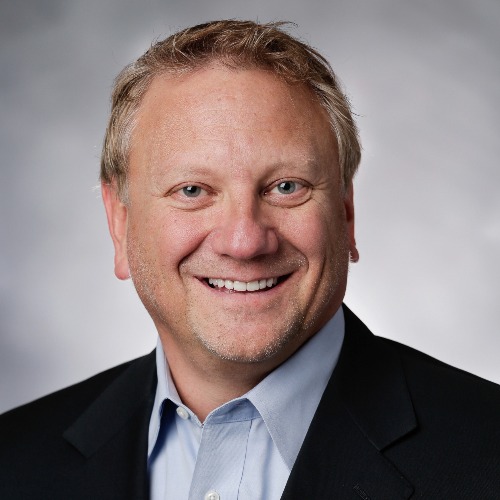 Telford never wanted to spend his retirement playing golf. Instead, he joined Duke’s Engineering Masters program as an Executive-in-Residence to mentor and instruct engineering students who are just starting to build their own careers. He accomplishes this, in part, by structuring his Software Engineering class in the same way that software companies are structured—teams of students work to produce a set of deliverables for a real client, in blocks of work called sprints. There are sharp learning curves, and not a lot of hand-holding.

This spring, for example, students in Telford’s graduate-level software engineering course designed a soup-to-nuts software system for Tyrata, a company whose sensor technology allows monitoring and reporting on tire tread wear in real time. (The company’s co-founder and Chief Technology Officer is Electrical and Computer Engineering Associate Professor Aaron Franklin.) Tyrata was moving steadily toward market release, and as such had some needs that Telford felt his programming students could assist with—like an app that Tyrata could show to potential customers, to demonstrate the applicability of its tech.

Tyrata put together a set of ideas and concepts that needed to be illustrated; at the close of the course, the students would have a better understanding of the business of programming, and Tyrata would own the code the students developed.

There’s great interaction between research, education, and industry and commercialization. That ecosystem is strong at Duke and this project gave us an opportunity to really dig in and leverage that.

“One of the things we talk about is ‘integrated entrepreneurship,’ ” said David Koester, Tyrata’s vice president of engineering. “There’s great interaction between research, education, and industry and commercialization. That ecosystem is strong at Duke and this project gave us an opportunity to really dig in and leverage that.” 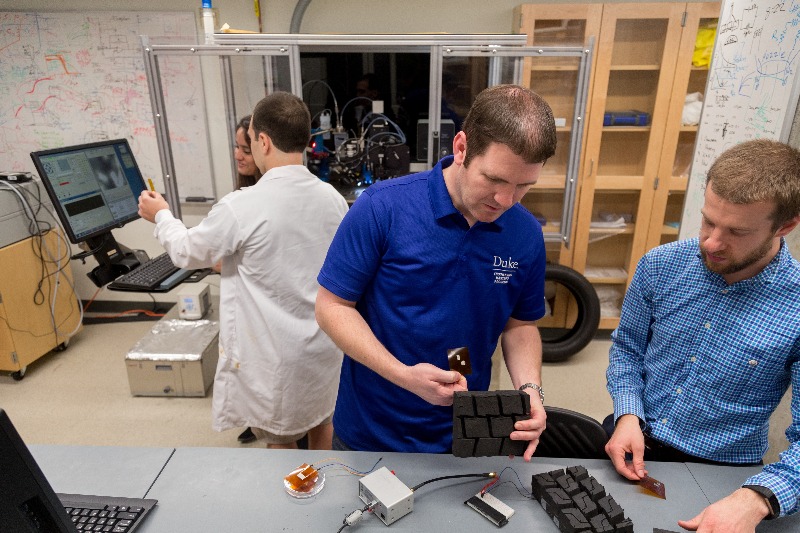 The software system that Telford’s class developed had three components: a simulator that played the role of the sensor in creating and sending periodic data, a mobile interface that illustrated the data to the user (alerting the driver that the left rear tire should be changed, for instance); and a server database that synthesized and extracted insights from the simulated data (showing, for example, that a particular brand of tire might be wearing out more quickly than projected).

In the beginning, the going was tough.

“They were starting from scratch, with no guidelines, no examples, and no experience,” said Telford. “The trajectory of improvement is very steep. In Sprint 1, there’s not a lot of function. In Sprint 2, they’re getting their feet under them and delivering code. But by Sprint 3, they’re innovating and creating things the client hasn’t even asked for.”

“I was very pleased with the work they got done,” said Koester. “We expected results. We expected them to get the code to work, and they did.”

Are Telford’s classes easy? According to his students, no. But do they learn skills that they wouldn’t ordinarily acquire in a classroom? Master’s candidate Naixin Yu says, emphatically, yes. She had no experience programming for Android when she enrolled in the course and had never worked on a large project as part of a team.

Now that the course is complete, Yu’s resume has evolved; she’s worked with a team to write an app, even acting as project leader for the third sprint, and says she feels comfortable doing the work. She says that more importantly, she’s learned how crucial and often difficult it can be to communicate effectively across groups, aligning everyone’s work toward the end goal.

“I got to know who liked to work in the morning, and who worked in the evening; who would respond quickly to your message, and who wouldn’t. I learned to assign jobs based on work styles,” said Yu.

She also paid close attention to the leadership styles of her more professionally experienced peers, and learned how to manage meetings, schedule workflow and build a structure for projects to hang on.

In talking with second-year master’s students about Telford’s class before she enrolled, Yu says she was warned that the class was intense. Weekend meetings were common, and group dynamics could be fractious and stressful.

But now that she has taken the class, Yu said that her own advice would be different. “Think about what you want out of the course,” she said. “If you want to learn about communication in business, take the course. And you should definitely put a lot of time in, because that’s how you’ll learn.”

Earn your Master's at Duke ECE