These highly sought-after grants from the MURI program are designed to promote basic research conducted by consortiums of universities.

From transparent conductors to acoustic cloaking in water to undersea sensing, scientists at Duke University’s Pratt School of Engineering have been rewarded for their novel research by being involved in four of 15 large grants recently awarded by the federal government.

These highly sought-after grants, from the Department of Defense’s Multidisciplinary University Research Initiative (MURI) program, are designed to promote basic research conducted by consortiums of universities. All four of the Duke projects received support from the Office of Naval Research, and three of the four projects involve scientists in Pratt’s Department of Electrical and Computer Engineering (ECE). Each project is funded for five years at an average rate of $1.5 million annually.

Two of the projects will be led by Duke researchers: Stefano Curtarolo, professor of mechanical engineering and materials science and director of the Center for Materials Genomics, and Steven Cummer, professor of electrical and computer engineering. Curtarolo’s grant totals $8.6 million; Cummer’s project is supported by $7.5 million. 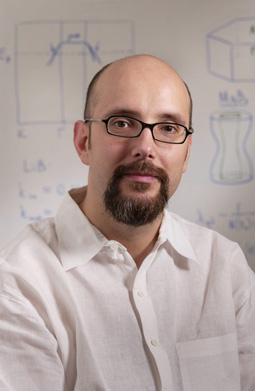 Curtarolo’s goal is to come up with novel combinations of elements with unique properties that can help relieve the dependence on so-called “rare-earth” minerals, which are essential to many high-technology applications. Many of these minerals are scarce, expensive and can be located in politically sensitive areas.

“We want to come with new materials not so much based on their composition, but their functionality,” Curtarolo said. “Ideally, we’d like to come up with materials that can be conductive as well as transparent.”

Curtarolo’s team has developed a “cookbook” that allows scientists to mix and match different elements, depending on the properties desired. A good portion of the grant will go toward adding computational power to handle the massive calculations needed to come up with new materials. Other institutions involved are Brigham Young University, University of North Texas, Central Michigan University and University of Maryland. 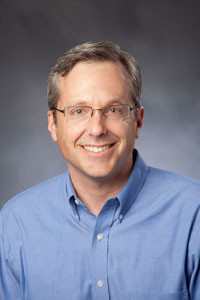 Cummer works in metamaterials, which are man-made constructs that have properties unseen in natural materials. Duke researchers have already pioneered metamaterial “cloaking” devices for many types of waves. Cummer’s project focuses on acoustic waves.

“Acoustic metamaterials are useful not only for hiding objects but for making better devices for generating, sensing and manipulating sound,” Cummer said. “While the results of our research could help in such areas as better acoustics in auditoriums or concert halls, the Navy is keenly interested in applying these approaches in marine environments.”

Other institutions involved include Rutgers University, University of California at Berkley, Massachusetts Institute of Technology and University of Texas at Austin.

The third MURI grant, which is led by the University of Illinois - Urbana-Champaign, involves Duke’s Jungsang Kim, associate professor of ECE, physics and computer science, and Dan Gauthier, Robert C. Richardson Professor of Physics and also an ECE faculty member.

The Duke portion of the project involves using quantum physics to develop a secure means of transmitting and receiving messages underwater. After developing the detector technology, the team plans to test it at the Duke University Marine Lab in Beaufort, N.C. Other institutions involved include the University of Arizona and Boston University.

The fourth MURI, led by researchers from the University of California, involves analyzing the informational content of noise in the ocean, both from a theoretical and experimental basis. Pratt’s Jeff Krolik, ECE professor and expert in how acoustic waves propagate in the ocean, will head up Duke’s efforts.