A device that can bestow invisibility to an object by “cloaking” it from visual light is closer to reality. After being the first to demonstrate the feasibility of such a device by constructing a prototype in 2006, a team of Duke University engineers have produced a new type of cloaking device, which they said is significantly more sophisticated and has a broad frequency bandwidth. 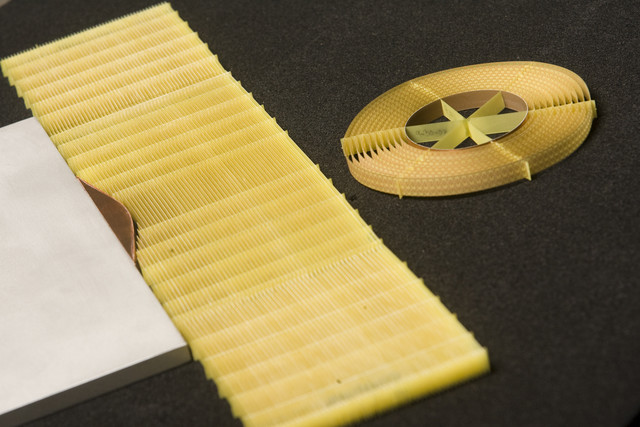 The latest advance was made possible by the development of a new series of complex mathematical commands, known as algorithms, to guide the design and fabrication of exotic composite materials known as metamaterials. These man-made materials can be engineered to have properties not easily found in natural materials, and can be used to form a variety of “cloaking” structures. These structures can guide electromagnetic waves around an object, only to have them emerge on the other side as if they had passed through an empty volume of space.

The results of the Duke experiments were published Jan. 16 in the journal Science. First authors of the paper were Duke’s Ruopeng Liu, who developed the algorithm, and Chunlin Ji. David R. Smith, William Bevan Professor of electrical and computer engineering at Duke, is senior member of the research team.

Once the algorithm was developed, the latest cloaking device was completed from conception to fabrication in nine days, compared to the four months required to create the original, and more rudimentary, device. This powerful new algorithm will make it possible to custom-design unique metamaterials with specific cloaking characteristics, the researchers said.

“The difference between the original device and the latest model is like night and day,” Smith said. “The new device can cloak a much wider spectrum of waves—nearly limitless—and will scale far more easily to infrared and visible light. The approach we used should help us expand and improve our abilities to cloak different types of waves.”

Cloaking devices bend electromagnetic waves, such as light, in such a way that it appears as if the cloaked object is not there. In the latest laboratory experiments, a beam of microwaves aimed through the cloaking device at a “bump” on a flat mirror surface bounced off the surface at the same angle as if the bump was not present. Additionally, the device prevented the formation of scattered beams that would normally be expected from such a perturbation. 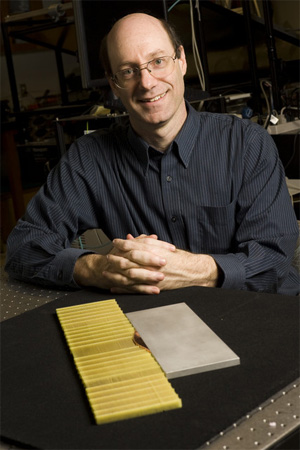 The underlying cloaking phenomenon is similar to the mirages seen ahead at a distance on a road on a hot day.

“You see what looks like water hovering over the road, but it is in reality a reflection from the sky,” Smith explained. “In that example, the mirage you see is cloaking the road below. In effect, we are creating an engineered mirage with this latest cloak design.”

Smith believes that as the technology is perfected, cloaks should find numerous applications. By eliminating the effects of obstructions, cloaking devices could improve wireless communications, or acoustic cloaks could serve as protective shields, preventing the penetration of vibrations, sound or seismic waves.

“The ability of the cloak to hide the bump is compelling, and offers a path towards the realization of forms of cloaking abilities approaching the optical,” Liu said. “Though the designs of such matematerials are extremely complex, especially when traditional approaches are used, we believe that we now have a way to rapidly and efficiently produce such materials.”

With appropriately fine-tuned metamaterials, electromagnetic radiation at frequencies ranging from visible light to electricity could be redirected at will for virtually any application, Smith said. This approach could also lead to the development of metamaterials that focus light to provide more powerful lenses.

The newest cloak, which measures 20 inches by 4 inches and less than an inch high, is actually made up of more than 10,000 individual pieces arranged in parallel rows. Of those pieces, more than 6,000 are unique. Each piece is made of the same fiberglass material used in circuit boards and etched with copper.

The algorithm determined the shape and placement of each piece. Without the algorithm, properly designing and aligning the pieces would have been extremely difficult, Smith said.

Others members of the research team were Duke’s Jack Mock, as well as Jessie Y. Chin and Tie Jun Cui from Southeast University, Nanjing, China.