New faculty member Nathaniel Chaney studies how the geological and manmade features over land influence the global water cycle and as a result, impact weather, water resources and agriculture 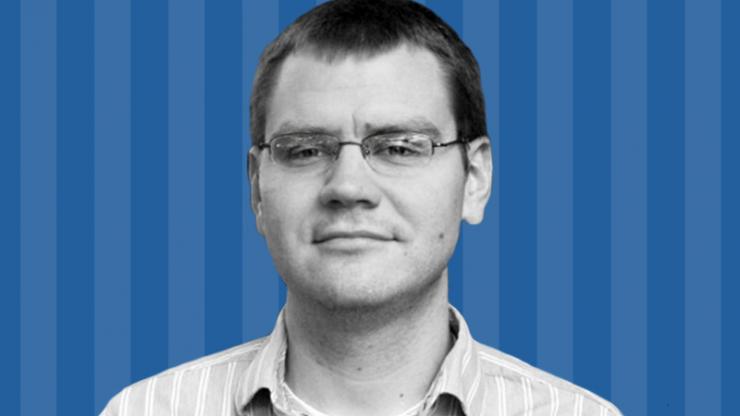 Nathaniel Chaney has joined the Department of Civil and Environmental Engineering in Duke University’s Pratt School of Engineering. With research focused on analyzing massive amounts of data to better understand the Earth’s hydrological cycle, Chaney looks to increase the precision of weather forecasts and improve the prediction of droughts and floods.

Scores of research projects have gathered environmental data for the better part of the past half-century using satellite imagery, rain gauge networks, field surveys and more. The result is petabytes of information that could fill billions of modern smartphones, but has yet to be used to its full potential.

Chaney looks to tap into this vast reserve of data to understand and better manage Earth’s water resources. For example, satellite imagery can help unveil how valleys, rivers, forests and farmlands interact to influence larger phenomena such as weather patterns, droughts and floods.

“When you’re flying in an airplane and look out the window, you can see all of these patterns on the ground made by geological and human processes,” said Chaney. “By sifting through the incredible amount of imagery data we have on a global scale, we can start to extract why things look the way they do, how these features interact and discover how they impact our water resources.”

Chaney uses statistical and machine learning approaches to tease out these effects. The resulting insights feed into simple models that can be tested on local computer clusters. If those pan out, Chaney develops more complex global models to test in national supercomputing facilities. Then, he looks to see how well these complex models predict actual hydrological systems across the globe to further fine-tune them.

"My dream is to eventually be able to provide each farmer with their own detailed forecast to support precision agriculture, so they could better estimate how much to water their crops today based on their more precise forecast for tomorrow.”

The end results could be a boon for everyone who relies on a steady water supply—that is, basically everyone in the world.

“Right now weather forecasts over the globe are at best broken down into 10-square-mile boxes,” said Chaney. “But a farmer on a ridge within that box can have very different weather patterns and water needs than a farmer in a valley. My dream is to eventually be able to provide each farmer with their own detailed forecast to support precision agriculture, so they could better estimate how much to water their crops today based on their more precise forecast for tomorrow.”

With dual undergraduate degrees in atmospheric sciences and applied mathematics from University of California--Berkeley, Chaney has been pursuing this mix of scientific disciplines for nearly a decade. He earned both his master’s and doctoral degrees in civil and environmental engineering from Princeton University, where he remained in a variety of research roles before joining the faculty at Duke.

Having lived on both coasts, Chaney says it was time to experience the South. But more than its location, Chaney says he chose Duke for its strong data science community and emerging collaborations between schools.

“Both the CEE department and the Nicholas School of the Environment are exceptional institutions with well-known faculty that attract great undergraduate and graduate students alike,” Chaney said. “I’m really looking forward to working with all of them in the coming years.”