The Mystery of the Small Dimensionless Number with a Big Effect 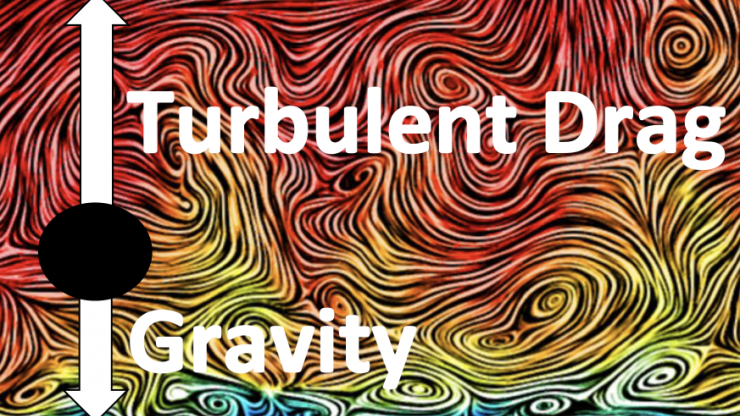 Non-dimensional numbers may sound like a scary, incomprehensible term reserved for scientists in a laboratory, but you have more experience with them than you know. The Mach number measures the speed of an object relative to the speed of sound, so whether measuring in kilometers per second or miles per hour, Mach 2 is always twice the speed of sound. With the COVID-19 pandemic still raging worldwide, R0 is an important number constantly in the news that measures how many people a person will infect over the course of an illness, whether that time period is days, weeks or months.

In physics, applied mathematics and engineering, non-dimensional numbers are incredibly important. Researchers use them to quantify the relative strengths of competing effects in a system. For example, in fluid dynamics, the Reynolds number is used to quantify the relative strengths of viscous and inertial forces in pipe flow. Regardless of what units of density and speed are being used, if its value is less than around 2300, the flow is smooth and regular, whereas if it’s above 4000, the flow is turbulent and chaotic.

Recently, with colleagues from the University of Notre Dame and Twente University, I have been looking at the problem of particle transport in the atmospheric boundary layer. This region of air is the lowest part of the atmosphere, and its contact with the Earth’s surface directly influences its behavior. The physics that govern how it churns is of great importance due to its role in atmospheric processes such as cloud formation and radiation balances, and the impact on air quality and human health.

Two competing effects determine the vertical motion and concentration of particles in this region—gravity pulling them down to the ground and turbulent air that generates drag forces that can lift them up. Researchers often quantify these competing effects by a non-dimensional settling number, Sv, which is the ratio between how fast the particles settle in the absence of turbulence and the characteristic speed of the turbulent air flow near the surface. The conventional wisdom is that when Sv is very large, the effects of turbulent winds on the particle motion can be ignored, while when Sv is very small, the effects of gravitational settling can be ignored.

In a recent paper, our numerical simulations revealed something very surprising; gravitational settling strongly affected the particle concentration profiles in a turbulent boundary layer even when Sv was very small. This perplexing result flies in the face of conventional wisdom. How can the effect of gravity on the particle concentrations be very strong when the non-dimensional number quantifying its strength is very small?

We needed to find a way to explain this striking result! To do this, we constructed an exact mathematical equation for the particle concentration using what are called phase-space probability density function methods. According to this exact result, competition between distinct physical mechanisms determines the particle concentration, and only one of them is proportional to Sv.

We then performed an asymptotic analysis on the equations, and the analysis showed that the other mechanisms in the concentration equation depend on height in such a way that, in certain regions of the atmospheric boundary layer, these other mechanisms become small compared with Sv. Therefore, even if Sv is very small, it can still be much larger than the other factors in the concentration equation in certain regions of the flow.

In fact, the analysis shows that no matter how small Sv is, as long as it is not zero, there is always a region in the atmospheric boundary layer where its effects cannot be ignored. This explained the perplexing results from our numerical simulations.

There are significant implications that follow from this striking result. First, almost all previous studies have ignored the effect of settling on particle concentrations when considering the regime where Sv is small, and our results show that this can lead to very large errors. These studies and their conclusions therefore need to be revisited.

This work is published in Physical Review Fluids and was supported by a grant from the Army Research Office, Grant number G00003613-ArmyW911NF-17-1-0366.