Researchers have packaged a widely used cancer drug into nanoparticles, more than doubling its effectiveness at destroying tumors.

The drug paclitaxel has been used for decades to fight breast, ovarian, lung and other cancers. But its effectiveness has been limited by its small molecular size and insolubility in water—properties that allow the body to clear the drug too quickly, reducing its accumulation in tumors. 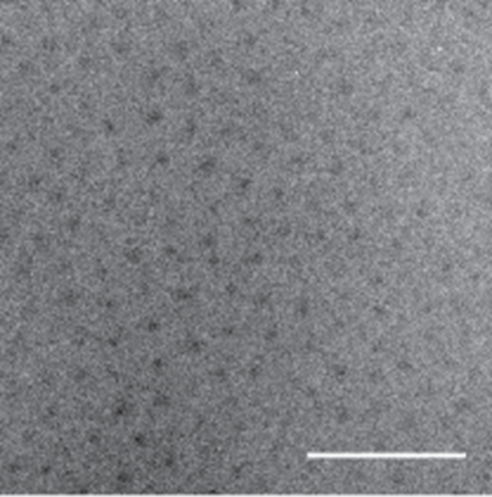 Many molecular packaging systems have been developed to deliver the drug while counteracting these effects, with a protein-bound version of the drug called Abraxane currently the leading therapy.

But Ashutosh Chilkoti, professor and chair of the Department of Biomedical Engineering at Duke University, thought his team could do better.

By surrounding molecules of paclitaxel with self-assembling spheres composed of amino acids, the Duke team doubled tumor exposure to the drug compared to Abraxane while simultaneously reducing its effects on healthy tissue. This kept mice with tumors alive significantly longer and, in some cases, completely eradicated the tumors.

The results were published online in Nature Communications on August 4, 2015.

The big difference between Abraxane and the Duke approach is the types of molecular bonds that are formed. In Abraxane, the paclitaxel is physically surrounded by albumin, a common blood protein. In the new packaging system, multiple copies of the drug are chemically bonded to an amino acid polypeptide, forming a water-soluble nanoparticle with the drug hidden in its core.

These nanoparticles are highly soluble in blood and are the perfect size to penetrate and accumulate in tumors where they take advantage of a tumor’s acidic environment.

“The chemical bonds holding the polypeptide cage together are stable in blood, but dissolve in a tumor’s lower pH levels,” said Jayanta Bhattacharyya, senior researcher in Chilkoti’s lab and first author on the paper. “This delivers the drug directly to the tumor and helps prevent it from randomly absorbing into healthy tissue, reducing side effects.”

A second group of mice had human prostate tumors growing under their skin. Similarly, while they did not survive past 60 days when treated with Abraxane, every single mouse treated with the new packaging system survived past 70 days, with some experiencing a complete cure.

As the mortality rates suggest, the Duke technology showed a higher concentration of paclitaxel in the tumors with more staying power than Abraxane, while simultaneously showing much lower levels throughout the rest of the mice’s bodies.

“Clearly in the animal model there is a night and day difference, and if that translates to people it will be transformative for patients,” said Neil Spector, an oncologist at Duke Medicine familiar with the work. “But it’s not just the increase in clinical efficacy and outcomes that are exciting, it’s also the improvement in targeting and reduction in toxicity, which is just icing on the cake. And since this platform could potentially be used for such a broad array of drugs, it could be a game-changer for cancer therapy.”

In future work, Chilkoti and coworkers will begin applying the packaging system to other cancer drugs with the goal of developing a “one size fits all” technology to improve the effectiveness of many other cancer drugs.