Materials scientist David Mitzi has been named the Simon Family Professor of Engineering at Duke University.

Support for the new professorship comes from Susie Simon in honor of her late husband J. Stephen Simon (E’65), who was chair of the Board of Visitors for the Pratt School of Engineering and a former director and senior vice president of Exxon Mobil Corporation. 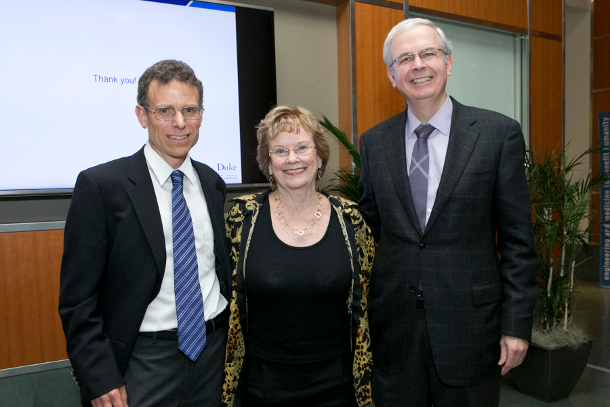 Mitzi, the inaugural holder of the professorship, is an expert in developing new materials for solar cell and other energy applications. His research focuses on making emerging photovoltaic materials more effective, cost-efficient and competitive for the energy market.

Most recently, Mitzi was awarded a $1.3 million cooperative grant from the U.S. Department of Energy SunShot Initiative. The award funds a collaborative research project on solar cells based on hybrid perovskites—a combination of organic and inorganic materials and functionalities within a specific crystalline structure. The goal is to raise the amount of energy this emerging class of thin-film solar cell materials can generate per dollar spent to produce them, while at the same time improving the durability and environmental friendliness of the technology.

His research also focuses on developing metal chalcogenides (materials that contain sulfur, selenium or tellurium) for solar cells—an application that multiple companies are already well into commercializing. Mitzi’s goal is to replace the metals used in such materials—often indium and gallium—with zinc, tin and other low-cost and abundant metals. Indium is one of the rarest metals in the Earth’s crust and not uniformly distributed geopolitically, with roughly 70 percent of the world’s production based in China.

Mitzi has published 192 peer-reviewed articles in top journals with over 16,457 citations. He has also published one book and has 29 patents awarded with 41 patent applications pending. 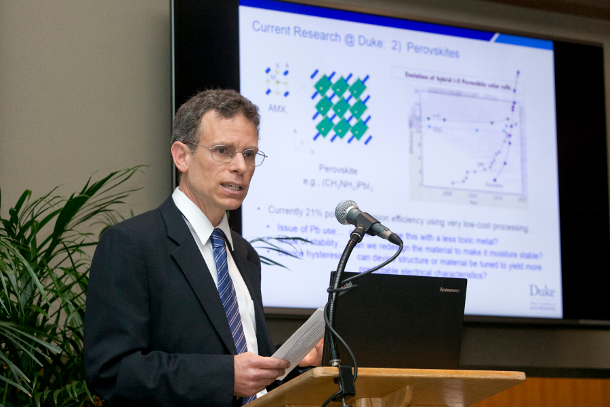 “The Simon Family Professorship was designated for a scholar focusing on solving grand societal challenges, and David has made significant contributions to the broad field of energy conversion, transport and storage,” said George Truskey, interim Vinik Dean of the Pratt School of Engineering. “At this point in David’s career, his publication record coupled with his scholarly reputation is extraordinary and serves to indicate the depth and breadth of his impact on his field.”

“Duke has always been in our lives and giving back to Duke has always been important to us,” said Simon. “Even though I didn’t go to Duke, Steve and I shared a great love for the university throughout our married life, and I wanted to find a way to stay involved and to honor him and all of the wonderful memories.” 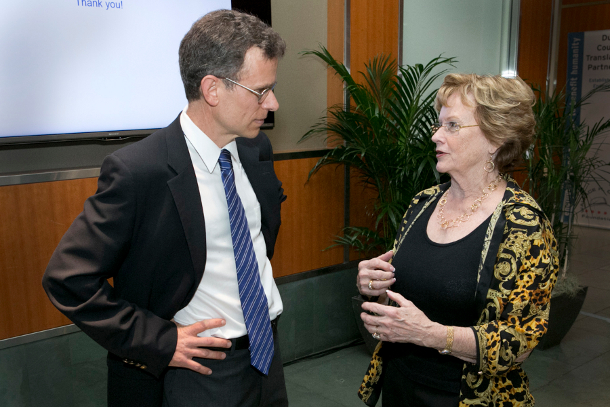 “I am truly thankful to the Simon Family for the opportunity to be named the inaugural Simon Family Professor of Mechanical Engineering and Materials Science,” said Mitzi. “It is a particular honor to hold this professorship, given Steve and Susie Simon's deep rooted involvement with Duke and Steve's commitment throughout his career to the issue of energy resources, an area that is near and dear to my heart as well. Indeed, the support provided by the Simon Family will help to advance innovations and teaching in the area of new sustainable energy materials and solutions.”