Mining Data for All It's Worth 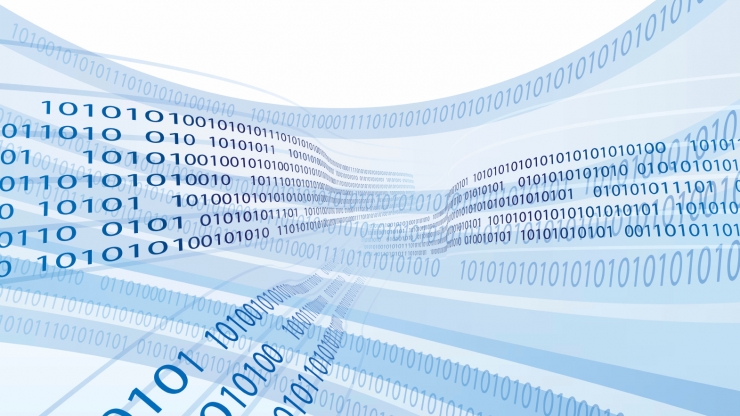 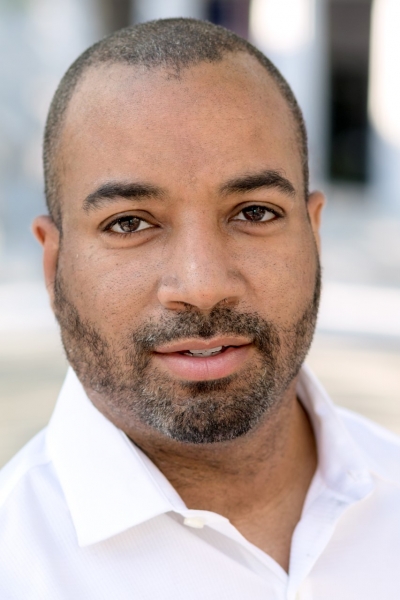 "The Internet assumes everyone is white."

"A strong statement maybe, but Winston Henderson B.S.E. ’90, J.D. ’96 takes out his phone to offer a simple demonstration.

“Let’s look up ‘female beauty,’ ” he says; he goes to Google and enters the term. He turns the phone toward you as his finger flicks through gallery after gallery, image after image of conventionally beautiful women. All of them slim. And virtually all of them white, especially on the first pages. “There’s nothing I typed in that said, ‘white, thin female beauty,’ ” Henderson says. Point made. The culture has a bias, and the technology reflects it."

Henderson has created a start-up, Sankofa, to try to address that complex intersection of technology and culture. Sankofa is in its earliest days, and Henderson says it will work on multiple levels, addressing both cultural blind spots (like those in his search-engine example) and the paucity of people of color in tech industries. “If you take out sales and manufacturing,” he says, “you have less than 2 percent black and Latino workers” in tech companies.

Henderson, vice president and general counsel at Nano Terra, a Cambridge, Massachusetts, nanotechnology company, reached out to his alma mater to see whether Sankofa could get some help addressing both of the problems he had identified. He ended up working with Data+, a project of the Information Initiative at Duke (iiD), an interdisciplinary program that focuses on increasing student engagement in research into “big data” in various forms.

“iiD is trying to set up a place where all the Duke divisions that think practically about big data can talk to each other,” says Paul Bendich, associate director for curricular engagement of iiD and assistant research professor of mathematics. It’s designed to get real data from Duke departments, outside companies, and the community, and, from there, to get students used to working with data, with a customer who has a specific need, and with each other.

Duke has big-data needs, and outside organizations do, too. All that means there’s money to get students involved in complex data problems. But starting with some enormous, three-year funded study headed by a faculty member would limit students’ opportunities to take chances and to get deeply involved in the fundamental questions the work raises. So Data+ starts small. With a small project the stakes are lower. “Having a small project is a way to get your feet wet,” Bendich says. “We really conceptualize Data+ as a summer incubator of ideas that might go further.”

“How do you make sure you approach data with diversity?”

He describes the internships Data+ provides as “a hothouse community of about seventy students” each summer. Those students come together in small teams of two, three, or four and address practical issues raised by actual clients. Projects might focus on the needs of campus departments (helping Duke Parking and Transportation design an app identifying parking spots) or community agencies (the Durham Crisis Intervention Collaborative needed to turn statistical data into understanding of how various mental-health interventions by the Durham police worked).

The Sankofa Data+ team approached the way Google’s algorithm underrepresented minorities and minority-related products by choosing an example: hair care. A quick Google search of hair-care products, once again, takes many screens before it yields any products for the African-American market. “If you don’t appear on the first page of Google, you don’t exist,” Henderson says, and he wanted his Data+ students to reverse-engineer how what ended up on that first page got there. Plus, Henderson took a step further. Rather than just funding a project and receiving good work from Duke students on the problems his nascent company would address, he helped spark a collaboration between Duke and North Carolina Central University, its Durham neighbor. As the nation’s first public liberal-arts institution for African Americans, Central had a natural interest in such a collaboration.

“How do you make sure you approach data with diversity?” Henderson asked. Duke had overwhelming strength in the data science, he says, “and you have a school across town with a very diverse student population.” So it seemed like a perfect meshing of interests and abilities.

Weiyao Wang, a Duke sophomore majoring in math and computer science with a minor in political science, joined the project at the suggestion of one of his political science professors, who knew of his interest in big data and steered him toward Data+. In the group of four students on the Sankofa project, “I’m basically the tech person,” he says. And using those technologies in social science fit directly with his broad interests.

The project consisted of ten weeks spent cloistered in rooms in Gross Hall with other Data+ teams. This closeness has purpose, says Bendich. The Sankofa team shared a room with a group focusing on data topology and geometry and another group gathering data on eye movement and food choice in a market—two other groups, that is, doing serious math and statistics. “We want them near other smart people working on other parts of the spectrum,” Bendich says. “Getting a sense of the cultural-trade space—basically, what does it look like to do that kind of work?”

“We want to train students to do data science in the actual world.”

Data+ worries less about teaching students specific technical skills than teaching them to think like problem solvers. “Almost always the students will try to dive deep into technical things they want to learn,” Bendich says, “and need to be pushed back to look at the bigger problem.” That is, students naturally want to master skills like scraping data from Twitter or Google (using a program to turn images or words into data the team could then analyze) or cleaning data (removing flawed data and rendering the remainder more ready for analysis) once they’ve got it. Skills that make résumés shine. “But we want to train students to do data science in the actual world,” Bendich goes on. “There’s grownup, adult research that goes on there.” What the students learn in Data+ is “not just being tech nerds but collaborating with the social sciences and the natural sciences and the humanities.”

The students value that approach.

Wang describes the difficulty of trying to figure out how Google’s search algorithm worked. He designed a Web-crawling program to perform search after search and use machine learning to analyze the results directly from Google and continue searching, but that didn’t work well at first. “Google doesn’t like people hacking them,” he says, laughing. “It will return a lot of random stuff when you try to get html from a bot.” Google can tell, that is, when a particular machine makes repetitive searches, staying on each result for a recognizable amount of time. Its machines know your machines are up to something. So Wang had to teach his bot to use proxies for his IP address so it looked like different users were generating searches, and to spend random time on the images it was analyzing, so Google couldn’t tell so easily that a bot was peeping in its windows.

Though the group could never quite crack Google’s algorithm, it was able to begin figuring out how it worked. The members learned that keywords played an important role, especially in domain information, as did the number of links to a page. If highly ranked pages linked to a page, that page’s rank went up. As Bendich says regarding page rankings, they follow the high-school model of popularity: “You’re popular if the popular kids say you’re popular.” And here’s where the collaboration with North Carolina Central really paid off. “They identified better problems than us,” Wang says of Central students Samuel Watson and Jarret Weathersby, who joined Wang and junior Jennifer Du of Duke. In figuring out the algorithm they were designing, “I was thinking we could manually assign higher scores to certain minority websites,” Wang says, “because they’re not that popular.” That is, Wang would simply give higher scores to certain pages and see whether that improved their ranking in results.

Data+ is a project of the Information Initiative at Duke (iiD), an interdisciplinary program that focuses on increasing student engagement in research into “big data” in various forms.

Not so much. “They said all these minority websites are closely linked,” he says—so no matter how high a score he gave minority websites, they were linking mostly to each other. The popular kids, in Bendich’s parlance, still didn’t think those pages were popular.

Whereas the Duke students jumped on the technical issues, the Central students saw that connection and offered a better understanding of the complexity of the problem the team was trying to solve. “I mostly dealt with the cultural aspect of it,” says Weathersby, a junior physics major at Central, “looking up different hair products or finding out what the African-American community is looking for in hair-care products.”

In the shampoo search, after getting Google results for its initial searches, the team went to Twitter and performed sentiment analysis—finding people’s opinions about shampoos by analyzing the words they use to describe them in tweets—and found the results significantly changed, especially when they seeded that information to increase relevance to minority searches. Their resulting algorithm gave better results than simply adding minority-related search terms to a Google search. As Wang puts it when describing a hypothesis he’s continuing to investigate: “It’s not the algorithm itself that’s discriminating. It’s just the result that reflects what society believes.”

That they didn’t crack Google’s code doesn’t worry Wang. “Our project was just to give Winston a hint of ways his start-up can go,” he says. Bendich agrees. “We never want to assure companies that they’re going to get commercial value out of this,” he says. “It’s more exploration of an idea—and exploration of potential hires.”

That element of preparing students for research seems to be working. A discussion with one of his current political science professors has Wang continuing his attempts to provide more statistically sound search results. And Weathersby, according to Eric Saliim, director of the Fab Lab at Central, “took all that wonderful information that he learned and brought that back to campus and started an NCCU data program.” That model of exploration in December 2016 netted Data+ the gold prize in the natural-sciences category at the Reimagine Education Conference and Awards at the University of Pennsylvania’s Wharton School, which recognizes innovative programs that enhance both learning and employability.

As for Sankofa, Henderson says the results helped. Students learned a bit about the problems in online results, and they prepared themselves for the industry. “My hope is that it is the first step in an ongoing story,” Henderson says. “How do you make the digital universe inclusive?”